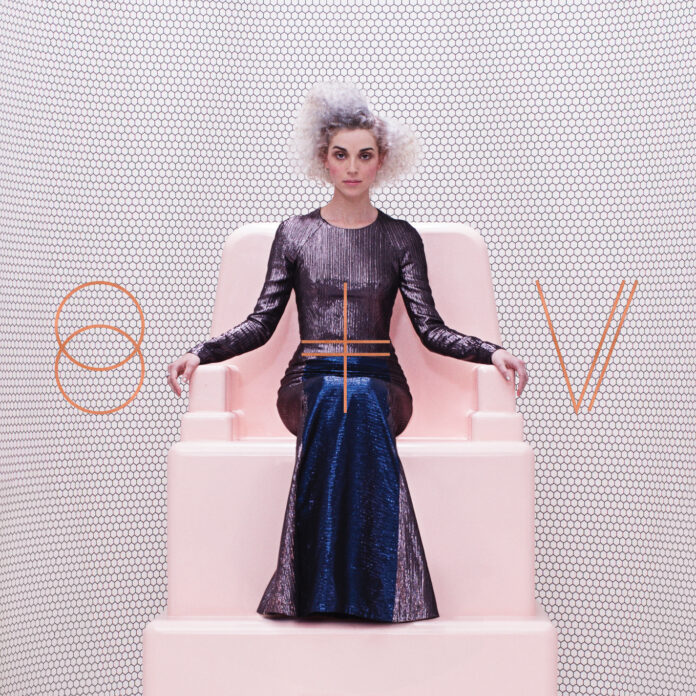 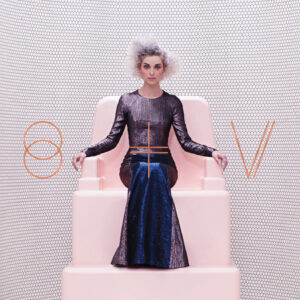 Time spent honing her craft with the likes of Glenn Branca, Tim DeLaughter and David Byrne has helped Annie Clark blossom into a fascinating mix of baroque pop, art-rock swagger and ferocious, nerve-shredding guitar noise. Killer opening salvo “Rattlesnake” demonstrates the kind of crazy sounds that can emanate from a treated guitar in Clark’s hands; jittery, crunching bursts of fuzz drive the curious tale of an encounter with a deadly snake, turning it into a danceable, funky companion piece to her old favourite “Marrow”.

Sometimes it’s difficult to believe that the joyful, cacophonous sounds that inhabit the St Vincent universe are the work of a mere six string instrument. Nobody currently operating in her orbit sounds anything like this. John Congleton at the controls has a hell of an indie rapsheet and succeeds once again in making Clark’s splendid histrionics sound huge, yet at the same time completely precise with not an ounce of wasted feedback.

Fascinating ballads like closer “Severed Crossed Fingers” sit beautifully alongside frantic pop earworms of taut, terrific quality like single “Birth In Reverse” and the driving “Psychopath”. Songs rarely stray past the three and half minute mark, but when they do, magical things happen. “Huey Newton” builds and builds from subdued beginnings towards a thrilling, apocalyptic breakdown. “Prince Johnny” is a swirling ode to a morally dubious, self-destructive friend that sees Clark begging “So I pray to all / To make me a real girl” at its breath-taking climax. Synths and horns intertwine with the supreme axe-work to create unforgettable soundscapes, but the unconventional lyricism and beautiful vocals are equally as important. When a song has an opening gambit as sensational as “I…I prefer your love to Jesus”, how can you not be immediately arrested in its presence?

If 2011’s incredible Strange Mercy was the sound of a maverick genius mastering the many weapons in her musical arsenal and honing an undeniable gift for off-kilter melodies, then Annie Clark’s eponymous St Vincent follow-up is the talented multi-instrumentalist at complete ease, a supremely confident artist doing whatever the hell she wants, and everything paying off.