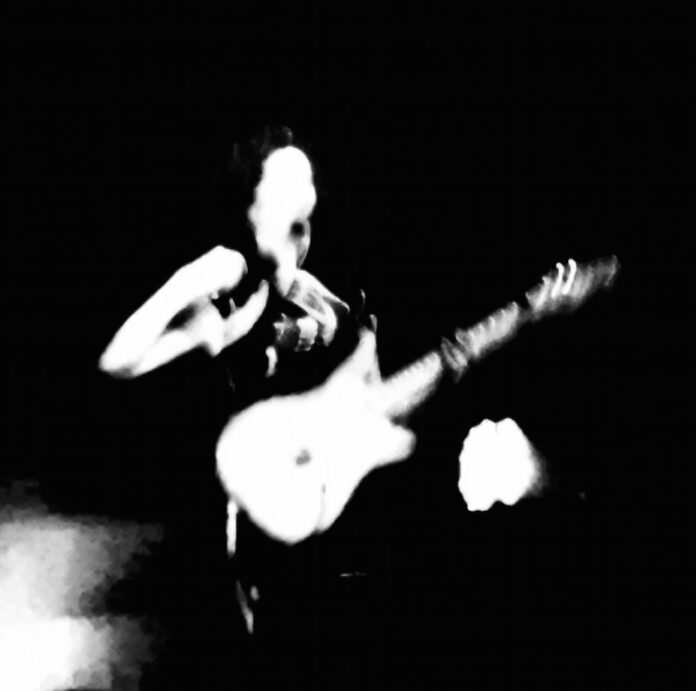 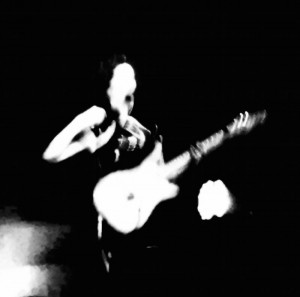 Joseph Piercy was lucky enough to be in Taipei at the same time as St Vincent last week. Here he reports back from what he describes as a “gob-smackingly superb” show.

It is difficult to really know quite when this all started. The exact point in time, something that can be fixed with certainty, like a catastrophe, the moment when consciously, or otherwise, I fell hopelessly in love with St Vincent.

The Huashan Culture Park in Taipei seems oddly incongruous nestled in the middle of the Zhongzheng district, legendary for its bewildering array of electronics shops. This neon heavy hell-hole brings to mind the dystopian vision of Ridley Scott’s Bladerunner, especially when it rains. The renowned ‘computer street’ contains thousands of retail outlets, from street vendors to vast shopping malls, selling everything from the latest in chic hand-held devices and must-have gadgets to paranoia inducing personal drones.

The culture park itself therefore comes as a more than pleasant surprise. Built on the site of an immense red-brick factory complex, one time home of the state owned Taiwan Beer company, a series of large interlocking warehouses have been skilfully converted to accommodate exhibition halls; art house cinemas, a sculpture park, workshop spaces and some of the city’s trendiest coffee houses and restaurants. The Legacy Lounge is the park’s concert venue and the site chosen by Tokyo based promoters The Hostess Club to stage their moveable two-day feast of independent / alternative music that tours cities in South East Asia.

Due to a long running and rather tedious dispute with the Japanese promoter, I failed to get in to the first night, the mind-numbingly dreary account of inverted racism, bitterness and a few too many Japanese craft lagers I wrote in The Beatles themed bar next door to the venue didn’t read too well in the cold light of a merciless hangover so I will have to rely on hearsay. Second hand reports have suggested Caribou was upset by the dire sound, Tune-Yards created her own sounds and was brilliant and Belle And Sebastian, were, well, just Belle And Sebastian.

Mindful of the debacle of the previous day, I arrived early at the culture park and bumped into Terry from IRT Radio, Taipei’s only English language station. He gleefully informed me that he’d just interviewed Annie Clark, that she was lovely and that she’d signed all his St Vincent vinyl.

“Cool, is she still around?” I asked, trying to sound like I know her.

“Sorry, dude, why what’s that you have in your bag?”

It is this that is worrying me. I haven’t taken any vinyl record to a gig hoping to get it signed since I was a teenager (The Jam’s last gig at The Brighton Centre, December 1982). What the hell is wrong with me? I show Terry my pristine, limited edition, numbered, un-played copy of Pieta/Sparrow – pink vinyl 10”. He is impressed. I’ve been here three days and it hasn’t taken long to find a fellow vinyl junkie.

“She’d have been so stoked if you’d pulled that out for her to sign” says Terry. 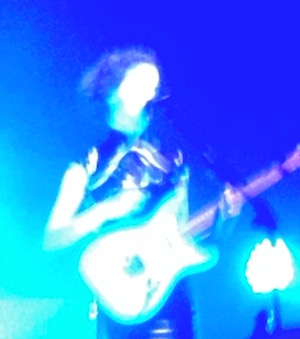 I wonder if he is rubbing it in and if he’d be offended if I administered a flying head butt into his fat, smug, mid-western face. Terry asks if I have an ‘in’ for the gig. I try to do my best Alec Guinness pinched smile, part smug, part knowing, part condescending and say ‘of course’. In truth I am beginning to worry if this is going to go badly wrong again.

Thankfully, the hatchet-faced promoter from the previous day has decided that I’m definitely on Temples guest-list, which was a relief as the tickets on the door were the equivalent of £85. This is curious. I saw St Vincent in Eastbourne, of all places, four months ago and it cost me fifteen quid. However, I very much doubt anyone in the world will ever pay so little to see her perform again.

The New Jersey boys Real Estate are first up. Their elegant and literate guitar pop is beautifully executed and they seem like genial sorts. I really want to like them, they remind me of lots of things I used to like very much, Flying Nun acts The Chills and The Sneaky Feelings, even a few shades of The Go-Betweens to name but a few. I wonder if it is because they look like Geography post-grad students or members of a Chess Club, or is that I’m getting old (certainly true) and think I’ve heard it all before? Somehow they leave me feeling slightly cold in the end, the sensation of misjudging the wind on a warm day at the beach and not bringing a cardigan when the clouds roll over.

Temples are much louder and expansive. This is a rock band for sure.  Their sound veers between 60’s West Coast Garage Psych and 70’s Prog Rock. Singer James Bagshaw certainly has a collection of lovely, expensive looking vintage guitars. He ingratiates himself with the crowd by muttering ‘Shin Yen Quoylo’ or ‘Happy New Year’. They create delicate sculptures of sound, like the layers on the intricately decorated temples for which Taipei is famed. Sun Structures and Mesmerise are particularly impressive, some of the Hawkwind-esque jamming a little less so. A very fine band who may yet become a great band, they just need to stop arsing around with their pedal boards quite so much. “I guess you are all looking forward to St Vincent” says James at one point, not bitterly, merely stating a fact.

As I said, I can’t really say when my obsession with Annie Clark began. It was a slow process, a gradual accumulation of  emotional energy charged from being initially charmed, to developing respect, to being a dribbling, irrational, bug-eyed idiot- in short the heart-wrenching process of falling in love. I’ve seen four St Vincent performances in the last eight months. At Glastonbury last summer she completely redefined my entire frame of reference for contemporary alternative rock/pop. At End of The Road, although still great, I felt she was trying a bit too hard. In Eastbourne, regularly voted the most sexless place in Europe, she put in some very hard yards and made me cry with her beautiful solo rendition of Strange Mercy.

The curtains were drawn across the stage after Temples departure, adding that extra stroke of theatre to the proceedings. When they finally parted to reveal Annie stood, statuesque centre stage, the whole Bladerunner chic finally began to make some sense. Clad in what appears to be a tight fitting PVC split dress, she is Deckard’s Rachel, the unobtainable other. It seems like an age before she moves, but when she does, slowly, robotically, the audience goes fucking mental. Halfway through Rattlesnakes – her standard opening song of the last year or so- she shuffles back, android-like, to receive a guitar, sets herself and then screams out a solo that simply blows the tops of the heads off everybody in the room.

It is a flawless performance from start to finish and evidence of an artist who has honed her live show and stage-craft through sheer-bloody-mindedness and hard work and in the process elevated herself and her art to a whole new level. Prince Johnny has me sobbing like a thwarted child; Actor Out of Work has me jumping up and down like I’m pogoing to The Ramones; Chloe In The Afternoon – a welcome rarity; Strange Mercy gets more and  more beautiful every time she plays it solo; Surgeon, Marrow, Huey Newton… “and on and on and on and on”, as Annie laments in Severed Crossed Fingers (another surprise), relentlessly nailing song after song. Her voice soars, she shreds the be-Jesus out her guitar, she dances, she mimes, she recites off-beat monologues between songs, she has us all enthralled, mesmerised. St Vincent is no-longer a quirky and prodigiously talented musician and singer-songwriter – she is one of the most important artist / performers of the decade. Simply magnificent.

All words by Joseph Piercy. This is Joseph’s first article for Louder Than War.