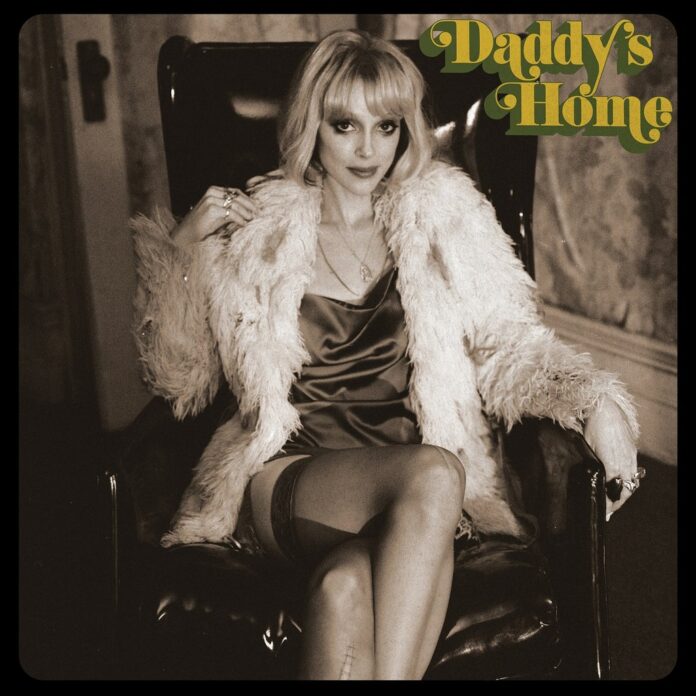 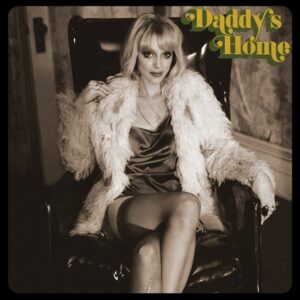 Order the album from this link below which means LTW get paid!

Like a brilliant shape-shifting chameleon, Annie Clark, who has already morphed into space-age superstar St. Vincent, is always restlessly on the move. Daddy’s Home is brilliant space-age glam pop with a deep emotional undercurrent.

Like the great David Bowie in the seventies, she is always changing like a glam chameleon. Her music and image slipping and sliding through a series of images to paint the full 360 picture around her music – revealing her emotional core whilst dancing through the wardrobes off pop!

It’s been quite a journey and one that understands that in perfect pop the image and the style is part of the art. In the all-immersive world of pop you can be anyone and still be yourself. You can expose everything in a blur of disguises that you create for everyone to get transfixed by and lost in.

Daddy’s Home sees her latest shapeshift as the silver wig-wearing femme fatale nodding at the Ashes to Ashes space pop of the lysergic end of Bowie pop whilst singing deeply personal songs of the loss of her father and of the conundrums of parenthood.

It’s a tough trick to pull off…art and artifice but with deep emotion and all decked out in sensual tripped out glam pop that also nods at some of those great freak show moments of the seventies. Flickering pop genius like the aforementioned Bowie and the most silvery of quicksilver Marc Bolan and even the post Beatles All Things Must Pass George Harrison to a bubbling funk undertow of Prince at his prime with her immaculate guitar playing and sensual squeals mirroring the purple one. The results are exquisitely intimate or thrillingly dramatic with songs that ebb and flow and are always decorated by her guitar playing that is compulsively imaginative and always technically enthralling as it entwines her hypnotic vocals and even the occasional chirping sitars.

This is true innovative modern pop that is pushing forward the boundaries of what can be sung about and what it sounds like that outmanoeuvres the often plodding deeply trad underground where bands retain the same sound and the same sonic staples for album after album and get applauded somehow for their ‘bravery’.

The songs are full of dayglo melodies and unexpected twists – there is a sheer thrilling imagination at play here as she deals with the stormy emotional swirls and the magnetic powerful tugs of life like the broodiness of creating life itself on a song like My Baby Wants A Baby and the conflict with her free spirit. This is the internal argument of the deeply natural impulse for family or for a free life of art and instinct and the guilt that’s at play with either way.

And then there is the album’s title track that deals with her own father’s 12-year jail time for his role in a 40 million dollar stock manipulation scheme which she twists and turns around a narrative about the brutal prison treatment of non-white people in the American prison system and nodding at Black Lives Matter – it’s heavy, well researched and deeply thought out but the real genius here is turning it into this perfectly perfumed, swirling, psych-pop.

The album is deep and has dark crevices but is multi-coloured coated by a hypnotic pop nous, the playing is immaculate and the musical imagination is stunning. On Daddy’s Home, St. Vincent nods to the past but embraces the future in its perfect pop adventure.