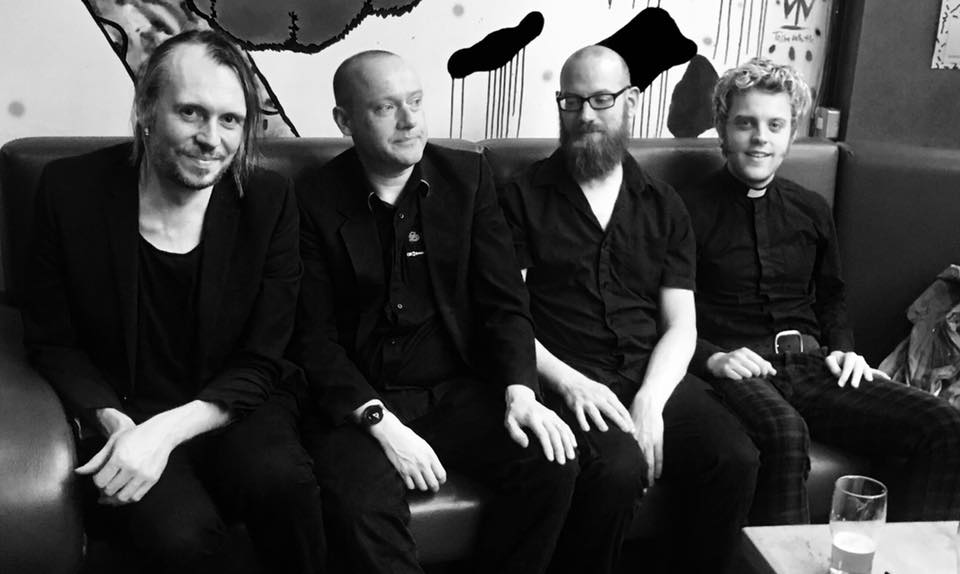 ‘Do as Little as Possible’ is certainly not the approach taken by Manchester-based four-piece St Lucifer in terms of live activity for 2017 (even though it is an excellent track of theirs). This year has featured numerous gigs so far, including an all-electronic set in Sheffield and it seems a fitting time to consider the band’s ongoing development. 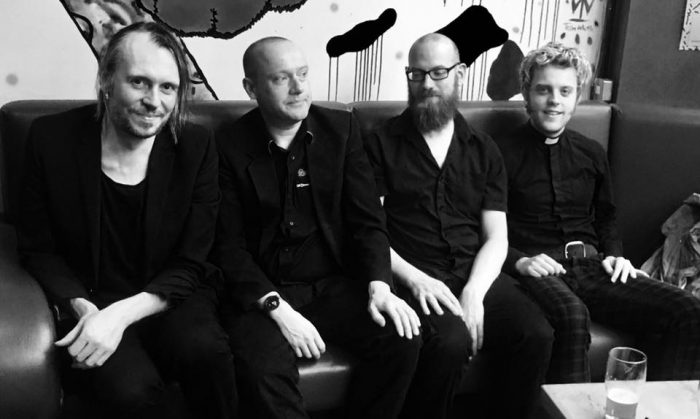 The already-mentioned track ‘Do As Little as Possible’ expresses this development, in a sense. Released back in 2015, it is clear, cutting electronic beats with a blend of synths topped with Alex Lee’s brooding vocals. And what was brooding… has now become blistering, bleeding. The track has been since stripped down and then shackled up to become a kind of angered interlude on live sets, the four band members crying out ‘say what you see but only see yourself’, mangled through megaphones.

A year and a half, 4 singles, an album, festival, a move to AnalogueTrash and plenty of live action later, St Lucifer’s sound has manifested as if to incorporate a kind of injury, that of felt human experience – especially live. Amplified with echo, this is anti-pop noise pushed through electroclash and dripping with darkness of the other side. Oh, and it’s loud.

Their most recent gig, Friday 14th April 2017 at FAC251 Manchester opened with a frenzied, fast-paced rendition of ‘Cultural Ground Zero’, the opening track of their 2016 self-titled album. Intense electronic pulses rapidly accompanied with rousing guitar, this is music with a gutsiness satisfying every level of listening. Loud, layered with live instrumentation, bold basslines and often introspective, society-scathing lyrics, it is also intelligent.

Each track is distinct and memorable, the time-tight setlist co-ordinated with flair; also featuring a particularly pulse-driven edition of ‘God is Love’ (perhaps their best yet) and both of 2016’s singles – ‘Trash-o-rama’ and ‘Junk Days’ performed with a possessive energy which is credit to Alex Lee’s development as a frontman and vocalist. Throwing himself off and around the stage with a kind of tortured grace, it’s a live-anguish that avoids melodrama, as completely in the moment. It adds to the whole performance.

‘Junk Days’ also stands out in particular, also ever-improving live, a stand-out single with an anthemic quality and lyrics moving with metaphors and mixed-meanings, opening ‘I’ve got an eyeful of hurricane’. More guitar-led than the majority of tracks, it has a driving depth and incorporated count-downs which tell of self-indulgence, destruction ‘lost in the space race’ and yet the possibility of creation.
Also exciting were performances of new tracks ‘Push The Button’ and ‘The Enemy’, infused with a chant-like anger which characterises it well for dancing and certainly a strong choice to close the set.

This gig follows on from another live night earlier in April (2nd) inside Manchester’s Fab Café, highlighting the band’s adaptability to various venues. Positioned in a much smaller performance space, they still managed to convey energy through well co-ordinated electronics and plucky, powerful bass.

Of particular note has been the ever-evolving electronic edge to the band in the last year in particular, powerfully expressed at an all-electronic set in Sheffield in March. One of the most enthused audiences so far were transfixed by the growing, glowering set provided by St Lucifer live – four bodies hunched in darkness round a table, turning equipment into a surging wall of noise. ‘Kill The Robots’ seemed a particularly apt performance, and another sign of the strength of the songs here; open to jumping genres yet still retaining a rhythm.

Earlier performances this year – at Rebellion in Manchester and Fuel in Withington – kept more of the band’s original live noise, glowering guitar and bass with hard-struck, insistent drums. The vocal blend of all four builds the sense of unease, intensity and ultimately a great impression for a band which is just getting better and better.