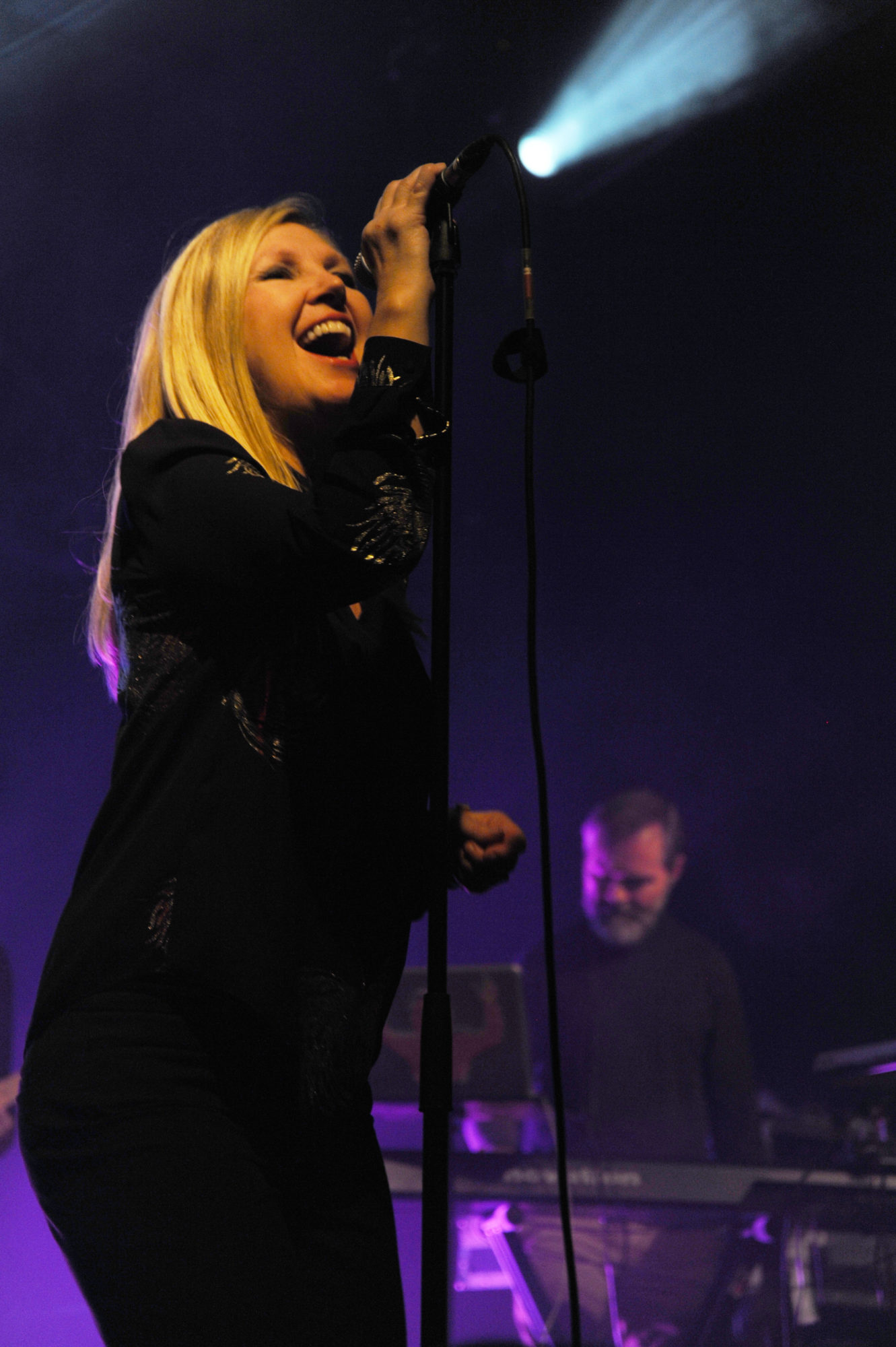 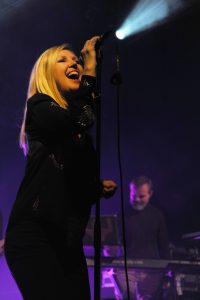 With a new Brexit inspired CD out and a hefty tour schedule including a grueling sprint across America, it has been a busy year for St. Etienne.

We now find them escaping Helsinki to warm up an adoring Berlin audience on the coldest day of the year so far. With a full band, including co-vocalist Dolly Mixture Debsey Wykes, there is little that they could do wrong.

Kicking off with “Kiss And Make Up” Sarah and Debsey seduce you into a ménage à trois of pop heaven. Not that any seduction is needed here tonight. Saint Etienne sound and perform as a band in their prime.

It would be interesting to know if twenty-seven years ago Pete and Bob had expected to be where they are now, when they released a clever, glittery Neil young cover version of “Only Love Can Break Your Heart”, in a scene dominated by shoegazers and Madchester gurning. It’s doubtful and virtually impossible that they would have envisaged such a rich and extraordinary journey Saint Etienne has taken them on.

Strangely tonight “Only Love Can Break Your Heart” is the only song that doesn’t quite seem fit into the set but of course they would not dare to think of disappointing their audience by leaving it out.

Two encores later and a whole mother load of flirty feather boa action from an obviously delighted Sarah, Saint Etienne leave a satisfied Berlin crowd with a huge sounding “He’s On The Phone”.

They are then off to Spain and finally back to the UK to get ready for their Christmas tour in December. 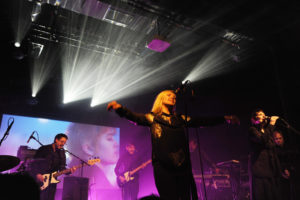 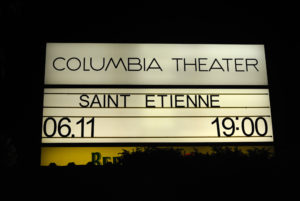 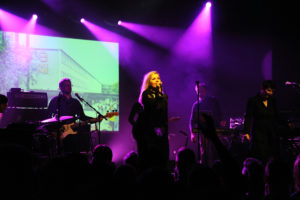 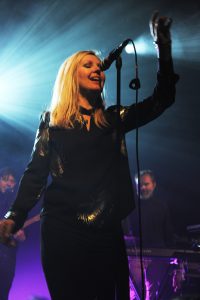