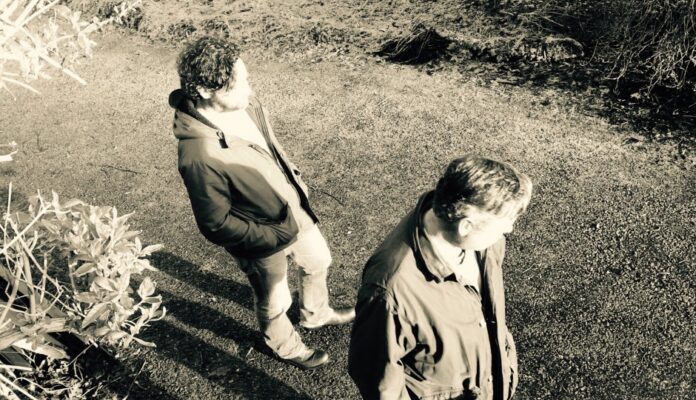 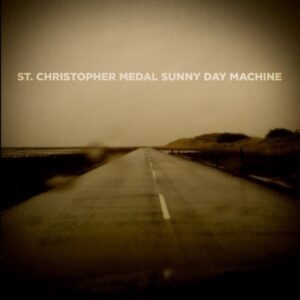 An agreeably idiosyncratic album that combines Caledonian Americana with the maverick spirit of Charisma Records in the 70s, St. Christopher Medal’s debut album has been a long time coming, but ‘Sunny Day Machine’ is a warm-hearted, melodic delight, says Louder Than War’s Gus Ironside.

The irresistible, Dylanesque lead single, ‘Vatersay Love Song’, welds Ali Mathieson’s distinctive songwriting to a Teenage Fanclub chassis, to good effect. Another early standout is ‘Great Lakes Morning’, perhaps the track that most perfectly encapsulates the group’s nature, a Scottish band purveying a take on Americana that also evokes 70s British individualists such as Peter Hammill, Kevin Ayers or even Bill Fay. An essential component of the group’s sound, Kenny Mathieson’s lead guitar is a particular joy, as the song builds towards a transcendent crescendo.

Elsewhere, ‘Satchel Song’ displays a charming wit and poignancy, while ‘The Appin Indians’ brings to mind the sharp intelligence and folk roots of the late, lamented Kirkcaldy songwriter, Jackie Leven. ‘Days Like These’ and ‘What She Said On The Street’ maintain the high quality of songwriting, contemplative songs to sink into at the end of a long, hard day.

The songs are fleshed out by astutely-judged performances from pianist Andy Jeffries, Billy Nisbet on bass and David Mack on drums, their playing replete with tasteful subtleties. Maeve Henry adds well-judged guest vocals on two tracks.

Stereogram Recordings have somewhat cornered the market in maverick artists, from Band of Holy Joy to Roy Moller. St Christopher Medal are a rare find, and another reason to celebrate this adventurous label. For those who value intelligent songcraft, ‘Sunny Day Machine’ is a subtle and compelling joy that rewards repeated listening.

Buy ‘Sunny Day Machine’ here and you can St Christopher Medal on Facebook.

All words by Gus Ironside. You can read more from Gus by checking out his Louder Than War author’s archive here.