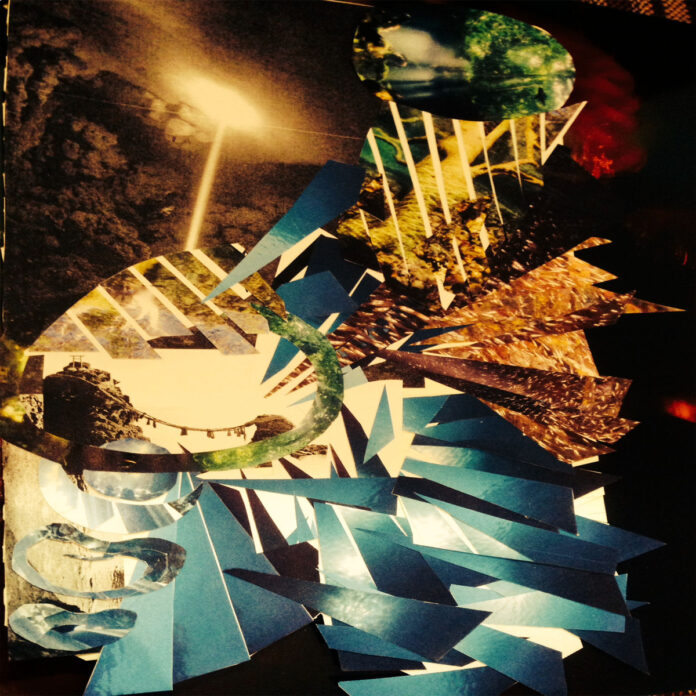 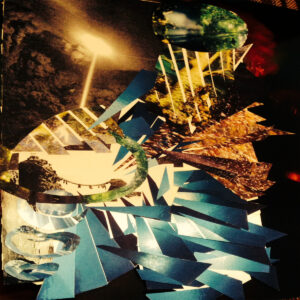 Cardiff based band Them Squirrels have just released their debut album, Exchanging Sayings. Comprised of members from Islet and Los Campesinos the resulting long player is, as you’d expect, extraordinary. Simon Tucker reviews what is a tremendous first release by a band we hope to hear a lot more from.

What makes a great album? To this writer a great album needs to create its own universe whilst managing to connect with the listeners. It must be a concise and cohesive set of songs that, even though they may differ in style or tempo, all have the same DNA running through them. A link, an attitude, an atmosphere that allows it to get inside you and create a head-space for you to dwell in. All the famed “greats” have this in common. Albums that feel like just a load of singles stuck together rarely connect whereas albums that have been cared for and thought about (track listing, running order etc) always seem to carry an extra touch of class.

With Exchanging Sayings, Them Squirrels have made a great album where the music is new and exciting whilst also displaying enough recognisable influences for a listener to connect strongly with.

The heady stew that is Exchanging Sayings has, flowing through its veins, the influence of musical explorers such as Spritualised, Slint, Zappa, George Clinton, and Talking Heads. All artists who were unafraid to be radical and brave whilst never shying away from hooks, melody, and rhythm.

So who are Them Squirrels? They’re a band whose members other projects include Islet, Los Campesinos, and Outrage CC (this fact alone should make you stand up and take notice). Formed with the sole purpose of translating JT’s solo EP ‘Them Scribbles’ to a live setting (this writer witnessed this for himself at last years Green Man Festival and was a highlight of the weekend). Realising that a natural chemical connection was being made, the band decided to continue this journey and create a full length album.
Shifting tempos and allowing songs to develop naturally is the order of the day as we are gently placed in the centre of the bands world with opener Chronological Shift with at first sounds like a demo recorded through a phone before morphing into a studio produced number gently bleeding into the serene Pulse The Moon a song that gives you the sense of all the band picking up their instruments and getting involved. Pulse The Moon uses the human voice as a texture, shimmying behind the music, a voice from beyond.

The mood then shifts dramatically with Polish Your Caravan which introduces a sunshine surf element before grinding in on heavy and repetitive riffs. Polish… is the first real highlight on an album full of them as it constantly challenges and slides with numerous melody lines fighting for your attention. This is the storm before the quiet as we are then plunged into the aptly named Hiatus which is a gorgeous slice of melodic serenity capable of inducing trance like states.

Meet Me In Ghent steps up next with a groove that is impossible to ignore before the band once again tear the rug from under our feet with sharp left turns and sudden stop/starts before landing at the centre of Exchanging Sayings world with Echo Chant.

Echo Chant feels like the focal point for the entire album. Its epic 9+ minutes running time lets the band stretch themselves as it seems at first a rolling motorik number before we are introduced to sunshine folk-rock. Echo Chant also sees the first use of vocals as a lyrical device. A sumptuous lead vocal and more straight forward musical direction sees the song give nod to past classics such as The Bends or Grace. Of course, this doesn’t last for long as the band then inject a burst of guitar heavy propulsion dragging us to its climax. What occurs next is one of the biggest surprises of Exchanging Sayings as Sundials In The Shade suddenly switches off the light, adding a darkness and druggy feel which has not been heard thus far. Sundials..is psychedelic in nature but not in the more mainstream “Buy this Sixties Acid Music Compilation Vol 300” way, more like the final days of Barrett’s recorded output, or even Sly’s snow covered classic There’s A Riot Going On. It’s an interesting shift in mood and one I hope the band investigate further.

We are soon shaken out of this lysergic nightmare with some slash/burn riffing and a return to the jaunty guitar styles heard before with Sundials In The Shade and Sight For Sore Eyes before embarking on the final part of our journey with Lanterns of Engore and closer Daddy Long Legs which are both screaming out to be released as singles.

Exchanging Sayings is like swimming in the sea at high tide. It can throw you around. It can be scary, uplifting, disorientating and soothing and once you’ve finished listening you won’t be able to resist dipping your toes back in again.

Them Squirrels are on Bandcamp (where you can buy this album) and Facebook.