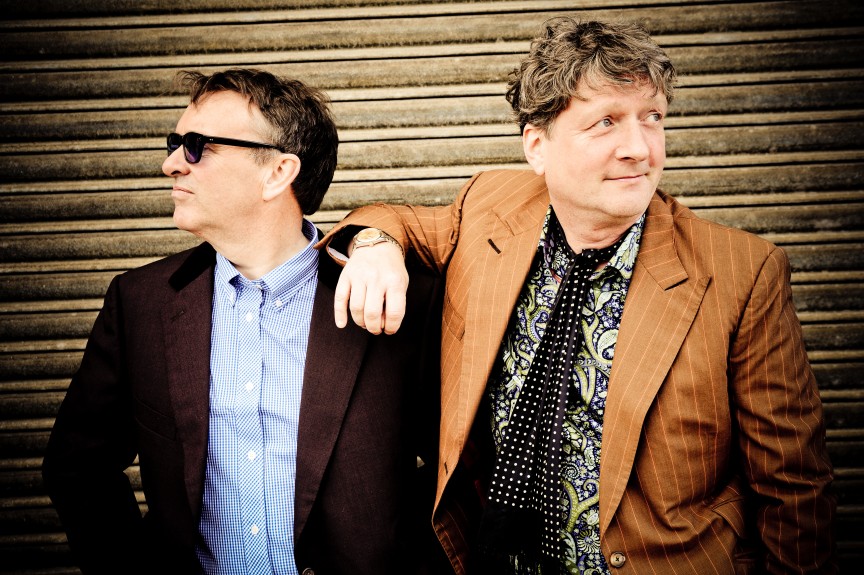 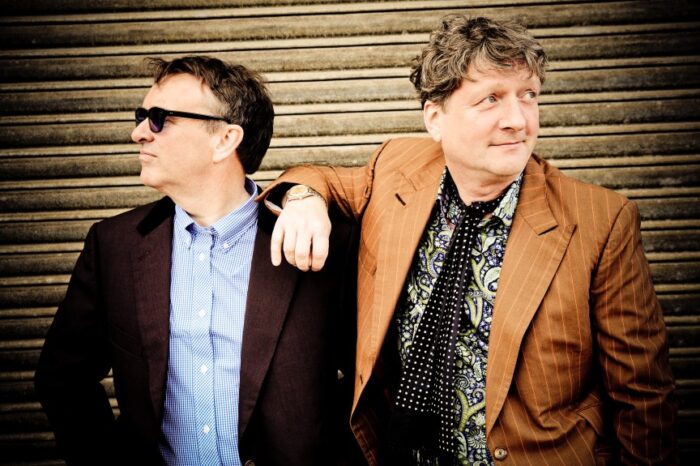 New wave legends Squeeze were recently joined by the equally legendary punk performance poet Dr John Cooper Clarke at Bristol’s Colston Hall for a gig which Philip Allen reviews for us below.

In 1973, when a young Chris Gifford stole 50p to put an advert in the local sweet shop window for a guitarist to join his non-existent band, little did he know the fruitful and testing journey that lay before him because of it. Luckily, Glen Tilbrook was the only person to answer that advert and they became the band, Squeeze, with some help of course from a unique keyboardist called Jools Holland. Since then, they became ubiquitous to the 70’s and 80’s, breathing life into the pop charts with their superbly crafted tunes that married epic Beatles-inspired melody with domestic ‘kitchen sink’ lyrical poetry.

In 2015, Squeeze are back with a new album released on 2nd October, the first in 17 years! You might recognise the title track as the intro music for the BBC drama, ‘Cradle To The Grave’ written by Danny Baker and it has certainly raised their profile somewhat. The excited (mostly middle-aged) crowds descending on the Colston Hall tonight for this show are testament to their longevity. Surprise of the evening (for me) comes from the support. The one and only Dr John Cooper Clarke, who was awarded an Honorary Doctorate by the University Of Salford back in 2013.

What a perfect pairing too. JCJ’s socially aware punky poetry is an absolute blast to witness. This is my first experience of his live show and it is jaw-droppingly incisive and witty. His flow and banter are second to none. Always fun, but with that underlying feeling of a hard life lived. Experiences and connections become real with his ability to cut through the bullshit and get to the point of the matter. An acid tongued, drainpiped angel, here to cut to the quick with such greats as, ‘Beasley Street’ and his zenith poem, ‘Chicken Town’, which he closes with to rapturous applause. Dr John Cooper Clarke has the antidote to your cultural milanese. Words. Words of wisdom.

Squeeze take the stage after a short video introduction voiced by the rambunctious Matt Berry. They hit the floor running with a rousing rendition of, ‘Hourglass’ that reminds all of the good time vibes this band can affect. The impressive light show and stage design enhance the show no end, as the band rip through so many great songs. Oldies, ‘Is This Love’ and ‘Another Nail In My Heart’ highlighting their almost magical ability to channel the brightness of melody that The Beatles heralded before them. To compare Gifford/Tilbrook to Lennon/McCartney isn’t as crazy as it sounds. The influence and lingering inspiration are hard to ignore. It’s classic pop produced by Rock’s finest.

On the big screen behind the band and as a part of a very slick production, DIY style videos produced for each song helping give context and visual creative . New songs like, ‘Beautiful Game’ and ‘Nirvana’ don’t quiet get the same reaction as classics such as, ‘Goodbye Girl’ and ‘Black Coffee In Bed’ but still have the Squeeze-ness that everyone is here for. Their distinctive style is helped greatly by the level of musicianship. Steven Hanson’s superb drumming, Steven Large’s playful keyboards and new bassist, Lucy Shaw all add incredible support to Gifford and Tilbrook’s solid vocals and guitar work.

The show just seemed to get better and better with each amazing tune. Covers of, ‘Harper Valley PTA’ made famous in the late sixties by Jeannie C Riley push the Country & Western vibe established with their own, ‘Labelled With Love’, as well as Tom Wait’s ever irreverent, ‘I Don’t Wanna Grow Up’. But it’s their big hits that gets everyone up in their seats singing along, with Tilbrook’s voice still has all the qualities that make it jump out of the mix and brighten up your day/night. ‘Up The Junction’, ‘Pulling Mussels’, ‘Cool For Cats’ and set closer, ‘Take Me I’m Yours’ sound as good as the first time you heard them on Top Of The Pops.