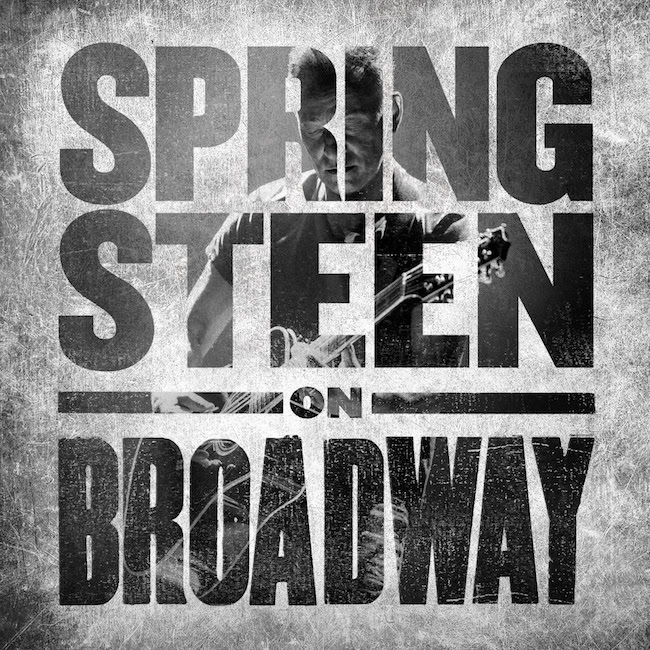 A musician famed for his storytelling, there’s a famous bootleg (The Roxy ’78) where he talks over the tinkling piano intro of Growin’ Up – “There I was one night, just a normal guy. Andt then. There I was the next night..Goddam, I was still just a normal guy!!”  Now, not many would describe Springsteen as a normal guy in times when he can set himself up in an intimate Broadway theatre for an extended run of his one man show at prices and a balloting procedure that would give most of us a nosebleed.  But – as he once sang on his Ghost Of Tom Joad solo acoustic tour, sell it and they will come.

Thankfully, for those of us who could only dream, Columbia Records are set to release the Springsteen On Broadway soundtrack album on 14 December, featuring songs and stories from the  historic 236-show run at Jujamcyn’s Walter Kerr Theatre. Consisting of the complete audio from the upcoming Springsteen On Broadway Netflix release, the soundtrack album will be available on 4 LPs or 2 CDs as well as a digital download and on streaming services.

Based on his worldwide best-selling autobiography Born to Run, Springsteen on Broadway is a unique evening with Bruce, his guitar, a piano, and his very personal stories. On the  soundtrack album, each of these stories appears as its own track, labelled as an “introduction” to the song it precedes with the audio for Springsteen on Broadway mixed by the legendary Bob Clearmountain and mastered by the acclaimed Bob Ludwig.

Watch a 30 second teaser video for the album by Emmy Award-winner Thom Zimny:

The  completely sold-out series of performances officially opened 12th October, the run being extended three times after its initial eight-week run, and will close on Broadway on 15th December. Springsteen on Broadway will launch on Netflix globally on 16th December 8:01 AM GMT.

Story by Mike Ainscoe. You can find more of Mike’s writing on Louder Than War at his author’s archive. He can be found on Facebook and is currently revamping his website…