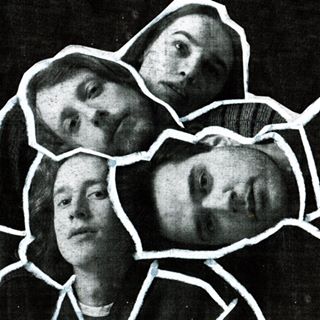 Despite this being the launch for Spring King’s much anticipated debut album, Tell Me If You Like To, it’s Get Inuit who provide tonight’s revelation, the Kent combo’s quietly charismatic singing guitarist Jamie Glass impressing with a deceptively sweet vocal style that forms the core of his band’s thrilling and unpredictable surf-grunge sound.

This Sittingbourne four-piece is full of surprises, their warm harmonies on songs like Barbiturates giving way to sudden thunderous rock-outs, with guitarist James Simpson and bassist Ollie Nunn united in full heads down, hair-thrashing riff action and letting rip with stunning precision after the song’s extended dramatic pause. These tricky but deftly performed gear changes trigger grins galore at the front during the hammering Pro Procrastinator and My Oh My, a ferociously catchy Beach Boys-meet-Nirvana pile up. The final note fades, applause breaks out, and from the back of the audience comes a lone euphoric cry: “That was SO fucking sick!” Nicely put.

For those of us until now unfamiliar with band-of-the-moment Spring King’s live ferocity, the Manchester combo’s aggression and cochlea-rattling volume come as a surprise that intensifies as their magnificently sugar-loaded and spacey sonic attack continues to pound our ears, provoking whoops of delight from the crowd, a reaction that pleases singer, drummer and band leader Tarek Musa, who seems to be genuinely chuffed by the warm response, expressing his thanks in no uncertain terms. However, this affable and down to earth approach is swiftly dispensed with when the music takes off again, a riot of soaring distortion and unhinged garage rock.

The swaggering guitar rush of songs like Tell Me If You Like To and Better Man is occasionally reminiscent of Fat White Family’s swampy pop lurch, and at other times every bit as bug eyed as early Damned. Recent single Rectifier is held back until late on, but the song, with its huge chorus, trippy hook and propulsive beats, is just one of many highlights in a set that includes Who Are You? (lead guitarist Peter Darlington’s deranged solo is a blink-and-you’ll-miss-it treat), the explosive Detroit and full throttle crowd favourite City.

Spring King are already filling large venues, last week’s show at London’s Scala was a sell out, and they look poised to take a step up to another level. Their success is richly deserved, and after tonight’s breathtaking performance, it seems likely that their close friends Get Inuit won’t be far behind.