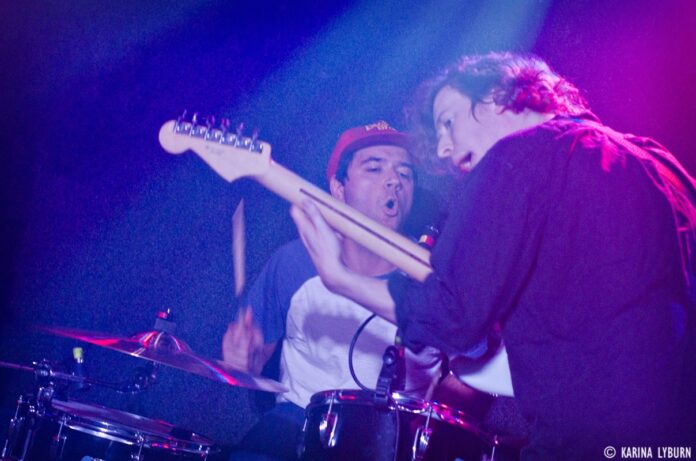 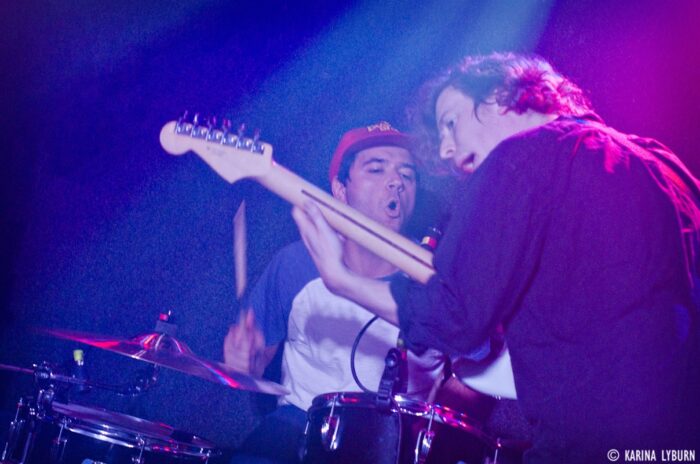 After a sold out UK tour supporting Courtney Barnett, Spring King have headed off on their own country wide jaunt with Canadian co-headliners – Heat. Louder Than War’s Stephen Murphy went along to their recent Nottingham Bodega show to see what all the fuss is about.

Poor Spring King. On their first visit to Nottingham a while back (headlining Stealth) they reportedly played to one man and his deaf dog. After wowing audiences on the recent Courtney Barnett tour, though, tonight’s audience is more in the high double, low triple figure range and there’s a palpable sense of excitement about the prospect of seeing the Manchester based/ singing drummer led four piece.

With this being a co-headline affair, it’s unclear how Heat and Spring King decide their running order. Maybe they have a inter-tour bus wrestling competition or some such to decide, but whatever they do tonight’s openers are Heat. 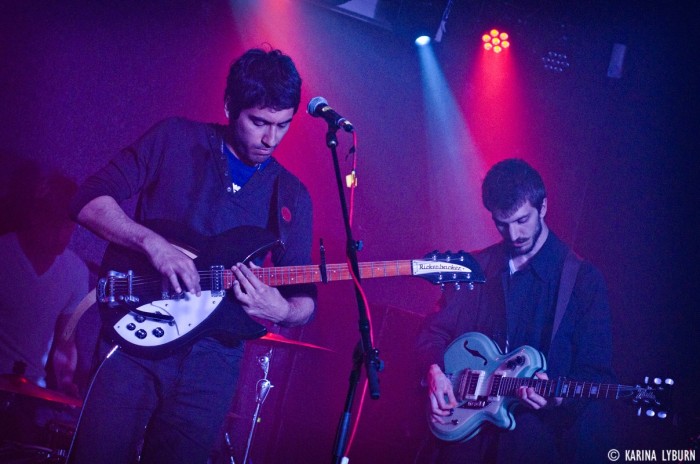 In terms of pure song craft, Heat have some of the most immediate and lovely tunes that you could ever hope to hear. With his lilting Bob Dylanesque delivery, front man Susil Sharma, could sing the contents of the phone book and make it sound like a life affirming, emotionally charged odyssey.

Musically, songs range from wide screen arena-filling west coast flavoured rock, to jangling 80s British indie. Susisfine and Chains in particular sound like lost tracks from Felt’s magnum opus – Me and a Monkey on the Moon – and as that’s one of the greatest fucking albums ever made, I’m a little bit in love with Heat’s songwriting.

As fantastic as the songs are though, Heat are almost hypnotically dull to watch. Like cadavers kitted out with guitars and drum sticks, the band play with the intensity of a flickering 5 watt lightbulb. Obviously, not every group can have the shit flinging/knob out magnetism of say, Fat White Family – and nor would you necessarily want them to – but come on fellas, move about a bit eh? 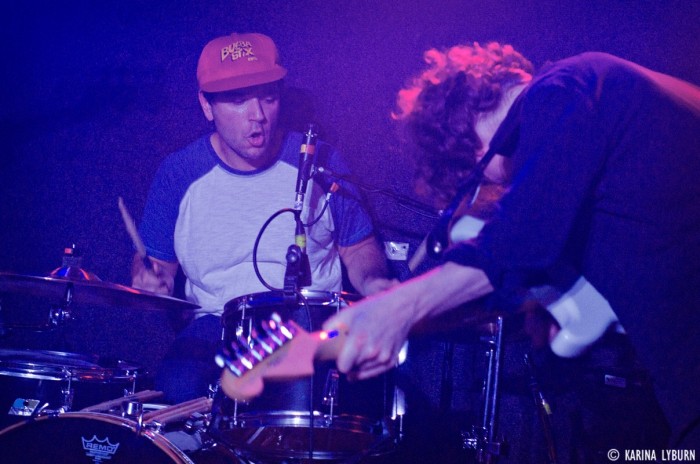 A lack of stage presence is absolutely not a problem for Spring King. From the get-go, the band are a frenzied blur of joyous motion, with drumming lead singer, Tarek Musa, the axis around which the mayhem takes place.

Like a gloriously malfunctioning iPod, Spring King have an unusual ability to sound like a million different bands all at once. During the first few songs alone, there’s hints of The Shins brand of melodic/melancholic americana, The Soft Pack’s speedy Californian rock n’ roll, Ramones’ simple two chord punk and Buzzcocks’ very British sense of doomed romanticism.

New single, City, gets perhaps the biggest reception of the night. An absolute bulldozering bastard of a song – there’s no escape from the torrent of squealing guitar feedback and juddering bass line that chase and threaten like a pack of ravenous fucking honey badgers. Absolutely mental.

Things come to a close with the brutal, wide-eyed adrenaline rush of Let’s Ride, and then, just like that, after less than 40 minutes, it’s over. No encore. No fuss, and that’s perhaps my only complaint – that the band didn’t play for longer – because quite simply, Spring King are astonishing!