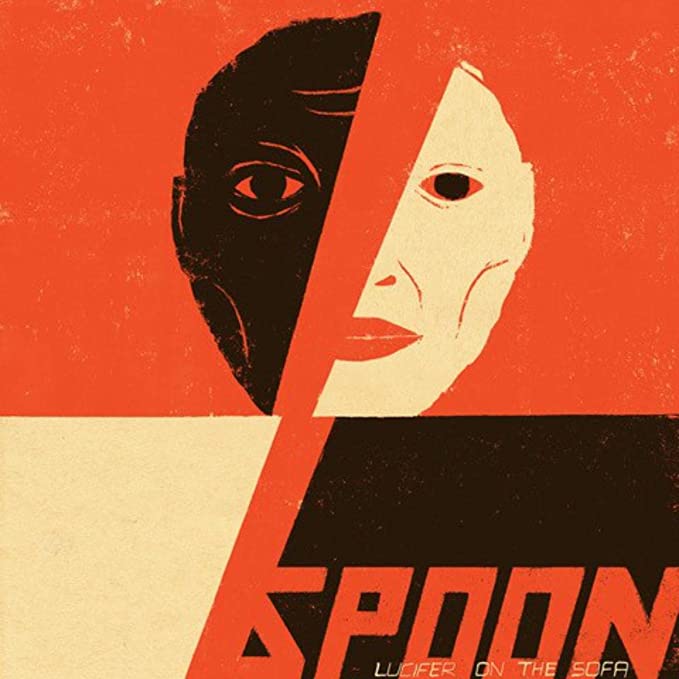 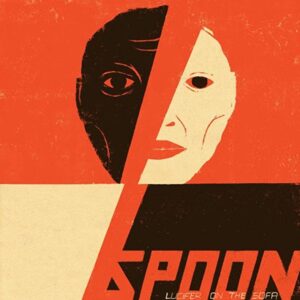 Spoon swap the electronic influences of their previous album for a loose, direct immediacy that can only come from musicians hashing out songs in real time. Nils van der Linden reviews Lucifer On The Sofa.

The opening 20 seconds of Spoon’s tenth album tell you all you need to know. In-studio banter and the sound of instruments being tuned are universal shorthand for “this music was recorded by people playing in a room together”. And that’s exactly the spirit that the instantly compelling Lucifer On The Sofa embraces.

The electronic textures, the atmospheric nuances, and hazy Dave Fridman production of 2017’s Hot Thoughts are ripped to shreds, replaced by a loose, direct immediacy that can only come from musicians hashing out songs in real time. Instead of carefully crafted perfection, Spoon have now captured the excitement and urgency of live performance on record.

Swaggering boogie groover The Hardest Cut, for example, is the first song Britt Daniel wrote after moving back and features what the frontman calls a “Texas riff”. It’s the kind of swampy highway anthem ZZ Top may have written before they discovered MTV, but, like all ten songs here, there’s nothing derivative about it. Even the slinky cover version of Smog’s Held that opens the album is so reimagined and re-energised that it sounds like a Spoon original.

Elsewhere, a swinging The Devil & Mister Jones adds a hint of soul with its organ swells, piano fills, and brass stabs. The subtly psychedelic Satellite suggests ’70s glam, once again fully assimilated, while On The Radio (scuzzy guitars, bouncing post-punk bassline) takes things in the direction of the garage.

Wild pairs Daniel’s keening vocal with urgently jangling guitars and a steadfast beat pulled straight from the stage of a dive bar. My Babe reaches a similar cigarette-butts-and-spilled-beer destination after growing steadily from intimate piano and acoustic guitar ballad terrain that the woozy but wonderful Astral Jacket never leaves.

The title track, and only song featuring Fridman’s input, is equally spacey but benefits from an hypnotic drumbeat bathed in mellotron, saxophone, and backing vocals straight out of a smoky jazz club.

And then it’s all over. Clocking in at 38 minutes, Lucifer On The Sofa fully embodies the adage of less is more. After all, as Daniel says: “It’s the sound of classic rock as written by a guy who never did get Eric Clapton.”