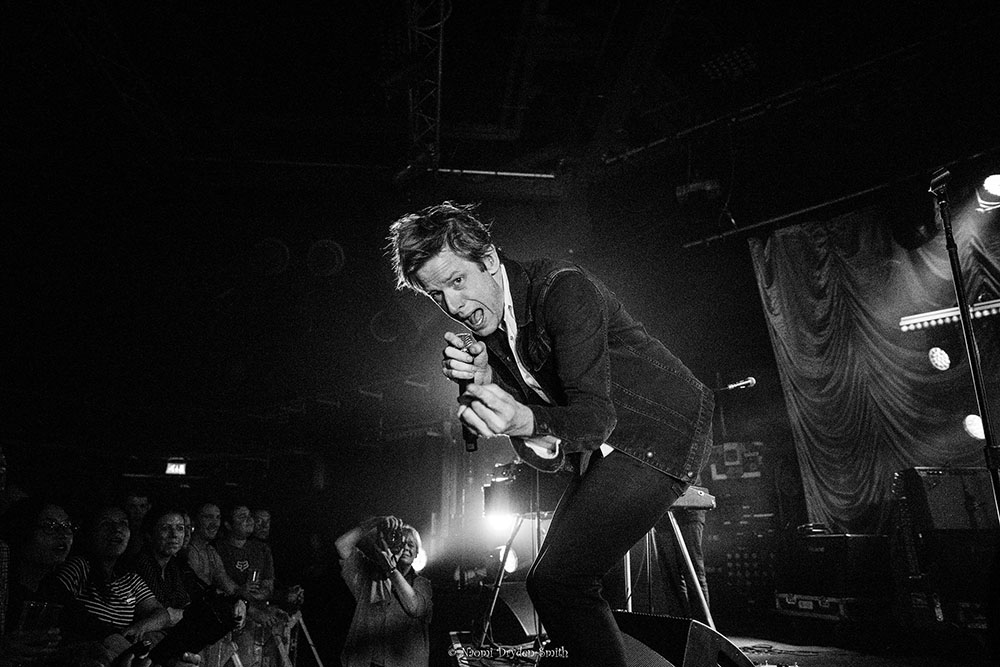 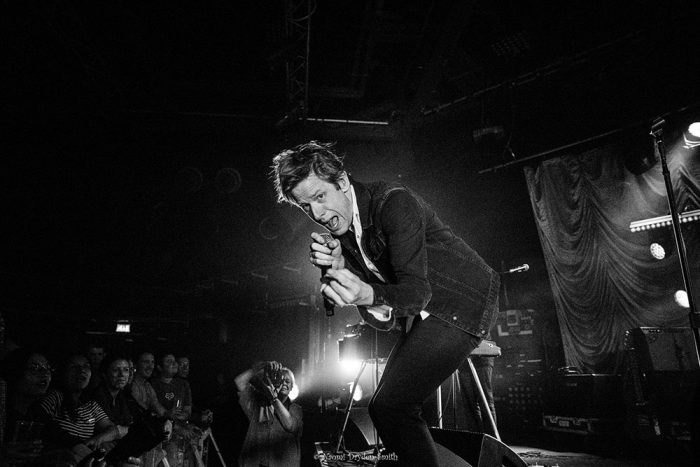 Cambridge Junction is a shed of a place with an atmosphere of raves-past, emptiness present. Despite being intimate at around 850 capacity (mainly students unsurprisingly) it feels industrial and stark, the band’s plush curtain set up behind stage appealingly incongruous in all the concrete. A stone’s throw from the school where Pink Floyd met, the Junction has hosted an impressive list of legends, including Amy Winehouse, Patti Smith, Blur. And now Spoon.

Hailing from Texas with a distinctly British sound, indie prog rockers Spoon were founded by singer Britt Daniel and drummer Jim Eno (now there’s a good name for a musician) 24 years ago, now supported by Rob Pope, Alex Fischel and Gerardo Larios. Relaxed and polished, they kick off with an energetic Do I Have To Talk You Into It from latest album Hot Thoughts – sleazily funky and languidly rocky, “I wanna whisper down the tube, All kinds of words you would never use” it’s strong contender for best track of the album. Next up is Inside Out, one of Spoon’s most addictive songs, with its relentless bass, shimmery synths, pondering the gravitational pull of love, and then the almost polar opposite lust-at-a-distance I Turn My Camera On, with its Beck-like vocal. As expected, the rest of the set is a mix of Hot Thoughts tracks, mingled with older numbers – with a back catalogue of 8 albums, there’s much to choose from. Firm favourite Don’t You Evah continues the theme of confused love, with its cold-feet fear of commitment with shades of Liam Gallagher in Daniel’s rasp, while Do You, the song Smashing Pumpkins and David Bowie never co-wrote, gets the audience enthusiastically do you-ing along. Back to Hot Thoughts, and the irresistible funk of Can I Sit Next To You demonstrates the evolution of their music into from guitar-rock into a more futuristic electronica. It’s a song INXS might envy. 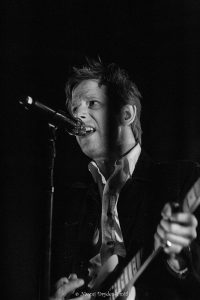 As a frontman, Britt Daniel is hard to fault – he’s charismatic and his passion for the songs shines through, connecting with the audience and drawing them in. All five band members get lost at times, engrossed in creating the music, overwhelming the audience with a wall of sound fronting dazzling lights, especially in WhisperI’lllistentohearit, almost too big for the space. They finish with the Stones-like Rent I Pay, with its punchy angsty vocal and drums. It’s a great encore, despite the early finish (Cambridge students need their kip?) and a feeling that tonight might just go down as another “remember when…”. 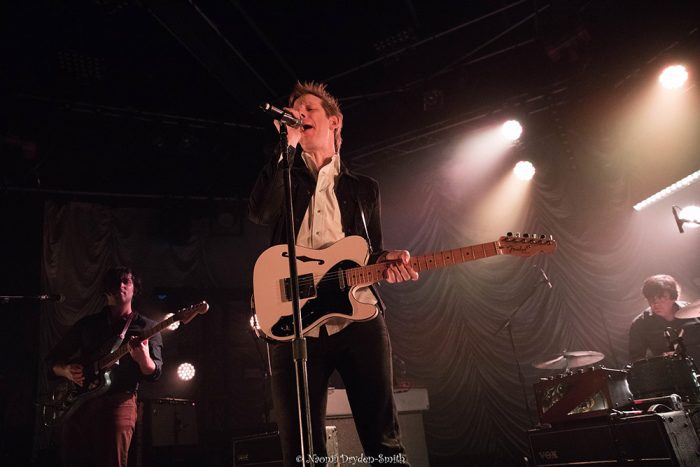