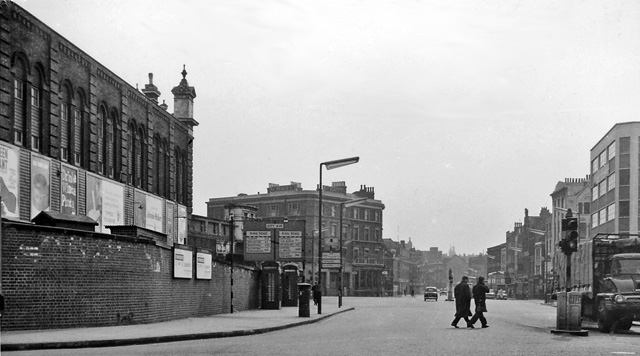 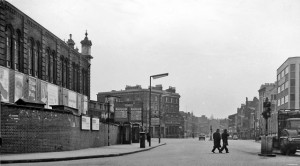 Louder Than War’s Martin Copland-Gray has given us an exclusive on the first chapter in his 12 part serialisation Spitalfields Day. With a strap line of “60s pulp fiction for a New Beat Generation!” chapter one begins a day in the life of a young face in 1960s London.

The beating heart of the great city, the smouldering embers that lie beneath, waiting for the moment to rise up and flame out.

Cool, urbane, smart, funny, clued up. You name it. They are!

It’s all about the look, the tunes and sometimes the girls. Who am I kidding? It’s about them too. But first and always first it’s about what you wear. Forget about the high street, that’s where your Dad shops. For you my son, have a tailor. He might not be from the row but he’s good. No not just good, he’s the best.

That little Italian guy with the tiny shop off Bishopsgate with the cute, dark haired niece. Remember the first time you saw her? That Saturday morning first thing outside Polo Bar by Liverpool Street? You were hungover, tired and hungry but still looking cool in your two piece.

Terry had dropped you off in his Dad’s Mini after that house party last night. He wasn’t drinking the daft twat! Told his missus he’d behave didn’t he? Not you though! You’d got high, grooved out, stayed sharp as a button right to the end.

Now at the come down the shine had gone and been replaced by the cold fog of a Bishopsgate morning. You’d grabbed a coffee from the best all nighter in East London and were staring off into space when there she was. Stepping out of the fog like a dream from some god damn Dickens novel.

How d’you know that? You don’t even read that stuff. Your Dad again. Not for you the dusty tales of Pip, Oliver and Old London Town but the cool vibes, hip rhythms and bop influences of Kerouac, Ginsberg & Co. That’s why you’d gone last night. To hear some cat from the US who’d been to Columbia with dear old Jack … Ti Jean. The cat had stood in the centre of that smoke filled room, watching the eyes all on him and spoke the words of our beat poet.

Those words hung heavy in the air and every guy & girl including you had wished themselves out west and away from this tiny East End terrace. Can’t remember the cat’s name even though you’d shook his hand and bade him remember you to old Jack.

Head fuzzy, eyes full, but you can still see her tight skirted arse glide past you in your reverie. Made you wake with a start, slug back the coffee and walk after her. Click, clack, clack go the heels in front of you. Taking her in now as you straighten your tie and run a hand through your slicked back hair.

Look at the fabric of that skirt. Quality stuff man. If you were any closer you’d reach out and touch it. The skirt … just to touch the soft wool, never mind what curves lay beneath. And now you see the jacket. Well cut, single vent, in at the waist. Oh, the smallest waist!

Who is she? City? Nah, it’s the weekend remember. Then who? Not long now till you find out my son!

A corner turned, an alleyway nipped down and skipped through door. You hang back, your shoulders pressed against the cold stone wall behind you and then look down the alley. The sign fills in the gaps – Tailor and something in Italian you think. Didn’t teach you that at school. Even if they had you’d have been away that day!

Remember what you did next old son? Buttoned up that jacket of yours, wiped your shoes with your pocket square and stepped up to the dark oak door below the simple sign. Your hand rested on the brass handle for a moment and then dared to open.

Inside it’s warm. Amongst the fog outside it’d been cold but in here it’s like toast. And the smell? Now that’s from somewhere else boy! Olive groves, lemon trees and hand rolled black cigarettes in some warm piazza in the shade of some baroque church or something. But look now cause all your senses are coming back to you.

Fabric … rolls and rolls of it. Some against the walls all neatly stacked, some on the wooden table next to you. Blues, blacks, greys and browns – everything you could imagine. Touch, that sense you forgot just now. Reaching out a hand, the voice breaks the silence like bell ringing in your head …

You turn and there he is. Short, squat even but cool. Much cooler than your Dad in his demob suit. This guy looks even better than all them dull as fuck city guys that clog the platforms at Waterloo with their off the peg shit from Burton’s. The Full Monty? Don’t make me laugh.

He’s waiting now while you stand there like a lemon. They never taught us Italian in school and the closest you’ve come to Italy is all those Fellini films down the Academy. What was it that cat Mastroianni used to say?

The Italian, no not Italian, Neapolitan geezer smiles. A frickin’ Southern Italian smile from somewhere down Napoli way and suddenly you notice her standing behind him and she’s smiling.

Then you smile too and for the next moment or so you’re all standing there smiling like some third class tickets at a bloody Kinks gig!

The old guy moves towards the back door from where ‘she’ came, turns and says: