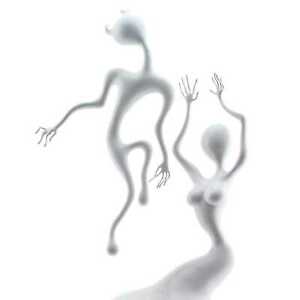 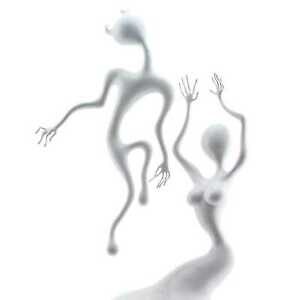 Spiritualized re-release the classic Lazer Guided Melodies that was the stepping stone away from Spaceman 3 and a startling opus from J Spaceman which kick started a new wave of space rock that has produced some amazing music along the way. Wayne AF Carey goes all nostalgic…

The first time I saw Spiritualized live was on the back of this debut. A night at The Boardwalk in Manchester in the early nineties which I’ll never forget. There were people sat on the floor with their legs crossed and I thought, what the fuck is this all about? A Spaceman 3 thing apparently. Jason Pierce was having none of it, commanding everyone to stand up and enjoy the sound. Believe me they did. The venue was drowned in a spectacle of noise I can’t describe. Beautiful noise that got me hooked and still has me hooked today.

This album is all part of The Spaceman Reissue Program which sets to see the first four Spiritualized albums released on vinyl which is a collectors dream. The original artwork has been overhauled in the loving memory of Nicholas ‘Natty’ Brooker and it’s great to see the beauty of the white vinyl spinning on your deck. Here’s what Jason had to say about the original artwork:

“The artwork was done by Natty (Brooker), who I used to live with in Rugby. He used to wake up in the morning and start his day with mushrooms. Like days and days, he would have all the dried mushrooms under his bed and do these amazing drawings, and he kind of lost himself in his art. He’d done a couple of things for Spaceman 3, so when we did our first album I asked him if he’d do the artwork for that. I suppose when you start bands you involve everybody, as many people who want to get involved who aren’t pissed off that you’re going to be traveling beyond the town. So he did that, and then somebody at the label said if you’re taking a photograph for a toothpaste ad, somebody makes a model of the toothpaste to take the photo with. I’d always been in to artwork, but the idea that you can get the record company to pay to have this drawing made in to a three-dimensional image, it suddenly clicked with me that we didn’t have to settle for the given standards. My line was always “We’re making beautiful music here. We shouldn’t be packaging it like the cheapest junk we possibly can.”

Everyone bangs on about Ladies And Gentleman as being the monumental Spiritualized album yet after listening to this I tend to disagree sometimes. The beautiful intro track You Know It’s True just glides in with perfection, mellow as honey with J’s smooth vocals backed by his then partner Kate Radley to great effect. If I Were With Her Now shimmers and shines and the bass line is awesome. The spaced out vocals and the trumpets that slide in are really hypnotic and it floats in and out with so many instruments involved. I Want You picks up the pace and is probably the most accessible track here. A real blueprint of an anthem that soars and gives you a clue of what J is building towards.

Run is a real psych classic that echoes and fades and gives you a proper acid laden feeling with that tribal fusion of noise that thrills. Smiles is a stoned sounding drug induced track that floats in then disappears in a two minute mogadon rush, as is the Step Into The Breeze which tickles the senses with those smooth laid back vocal tones that J is the master of. Some great guitar textures fill the room in your head. Symphony Space is what it says in the title. The strangest track on here that messes with your senses. It’s so laid back it’s horizontal. One for the LSD crowd without a doubt. Take Your Time is seven minutes of chilled out beauty that still gets me to this day with the slowly picked bass line and the great psych hazed organs floating around.

Shine A Light is just beautiful and still sends shivers up me spine today. A hint of J’s love of gospel on this which is a spring board to the later stuff. The bass line is fuckin’ epic and the guitar sounds are amazing. Such a great song that stands out and sounds timeless. Epic. Angel Sigh continues with the beauty. A simple yet effective bass line with some smooth sounding bongos going on in the background and those fazed out vocals until it goes psych mental with a myriad of sound that bursts the bubble. Very clever stuff. Sway is just pure beauty yet again with it’s 8 minutes of stunning instrumentation from the mind of the Spaceman. A real nod to the Velvet Underground and a proper spaced out mantra that covers you in a warm cocoon like an electric blanket. Album closer 200 Bars is just stunning. Kate Radley counts to 200 over a warm backing of mellow psych that chills you out with the repetitive sounds from the ethereal warm noise that emanates from the mind of J Spaceman. I used to put this on to help me sleep at night and it worked every time. A soothing ending to an experiment that ended up producing one of the best bands our fair isle has ever produced.