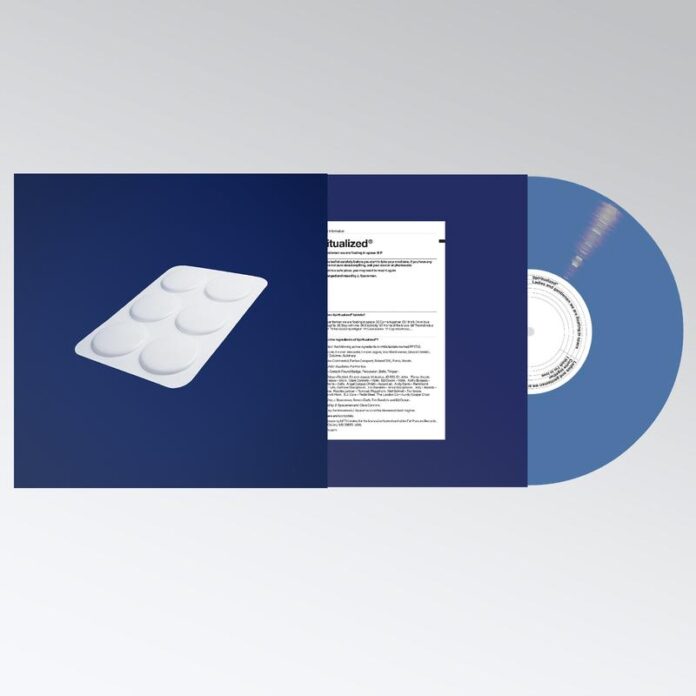 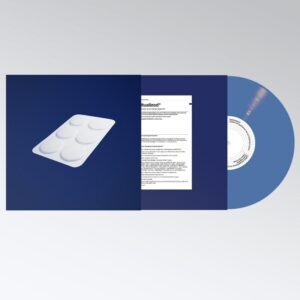 Ladies And Gentleman We Are Floating In Space: Spaceman Reissue Program

The Spaceman Reissue Program continues with the acclaimed third Spiritualized album that was hailed as a masterpiece when released back in 1997. Wayne AF Carey gives it the re-appraisal treatment…

Spiritualized’s most celebrated album and Kate Radley’s last as a member, the core line-up added Damon Reece on drums as well as featuring contributions from Dr John, the London Community Gospel Choir, B.J Cole and 19 technical personnel. It took its title from a passage in Joystein Gaarder’s novel, “Sophie’s World”, where a young girl attempts to define the meaning of life by travelling through time and space, meeting the world’s great philosophers.

“We went out to America ahead of recording this record. John had joined on guitar, and I’d recorded the title track and a number of other demos that ended up on the finished record. But we got to play Cop Shoot Cop and Electricity live and to work them out before we recorded them for the record and then John became integral to the band. He came from a world of Syl Johnson and Al Green, Teenie Hodges and Reggie Young, a different world within the guitar lines. And then there was Kate (Radley)’s hugely influential keyboard that was relentless and loud.

I like Pure Phase the best of these four records, but people still say Ladies and Gentlemen is where everything kind of came together. I’m still astounded by both records, where they don’t let up. There’s no kind of curfew. Or no “you can’t stay on that section for that length of time”. They sit on where they arrive and stay there, and I found that kind of amazing. The abstract parts were just as beautiful as these kind of pop / simplistic nursery rhyme ideas and they were no less important. I went all over the place to make it. I went to Memphis to see (country recording legend) Jim Dickinson for two weeks, I think. Parts of his recordings are in there but by the time I finished, I had all these different mixes. There was very little that was one single mix. There were some mixes from the old A&M studio on La Brea in Los Angeles. Part of the reason that I’ve never received any royalties from any of these records is that I was always thinking, ‘Well where should I go now?’ Suddenly, the move from Rugby to London was small-time compared with “well can I do this in L.A, can I do it in Memphis, can I do it again?” And then “Can I fly out to New York and put Dr John on the record?”

With Dr John, I just wrote a letter, sent the track and his response was immediate. He said “absolutely, absolutely, love it”. It was where he wanted to be. I was completely in awe of him and his playing and everything he put to it. I could hardly speak, to be honest. Not that I needed to speak much. It didn’t add anything little or less to the proceedings. It was an amazing session, amazing to do.”

Wise words indeed from J Spaceman who created this masterpiece that still stands the test of time. The vinyl reissue looks excellent with that famous shot of the pill packet adorning the front cover and when you open up the gatefold, the infamous scene of the pharmacists packing up that perfect prescription. The brilliant part of the package in the sleeve notes is this brilliant little addition:

What should I do if my symptoms persist?

Try the alternative medicines ‘Lazer Guided Melodies’, ‘Pure Phase’, ‘Let It Come Down’, ‘Amazing Grace’, ‘Songs In A&E’, ‘Sweet Heart, Sweet Light’ or ‘And Nothing Hurt’ available without prescription across the counter.

A clever bit of blatant advertising from Pierce that is well executed in the style of a medication pamphlet that anyone who has the original will know and love. Anyway, about the actual music. This is a record that any self respecting music fan will have in their collections due to the praise it has received over many years. To be honest it was never my favourite Spiritualized album although listening back now it sounds so complete. Where Pure Phase was a drone classic and Lazer Guided Melodies was a step out of the Spacemen 3 regime into a new stoned out there path, LAGWAFIS is massive in scope. Laced with drug references abound, songs that were allegedly written about his split with Kate Radley (which is nonsense) they were written prior to that. Kate actually plays an integral part throughout with her magic keyboard skills and classic opening line on the sublime opening track which sounds like a cocoon enveloped dream. Anyone who loves Spiritualized knows the rest and she still does a bit of tinkering in the studio with Ashcroft on his solo stuff.

Come Together just sounds so grand and NOW with a heavy dose of gospel throughout that makes the whole experience uplifting. I Think I’m In Love chills down again with a proper laid back deep bassline and heavenly vocals from the man himself. It’s a beautiful piece of psych that floats and lifts with an amazing array of instruments all melding into a solid piece of production. All Of My Thoughts lulls you into a fall sense of mellow security before exploding into a melting pot of white noise and keyboard that chills the fuck out inbetween breaks of Pierce’s smooth vocals. Stunning stuff.

Stay With Me is a thing of psychedelic beauty that still haunts me with the textures of time and space. The simple yet touching guitar refrains are amazing and you wonder how Pierce has stitched all this together, yet know you’re dealing with psych royalty here. Electricity is a drone stunner that still holds the magic today. A venture into major status space rock sounding funky as fuck with a harmonica running throughout, which gives it a heavy blues feel that proper rocks out towards the end. Home Of The Brave is a real tale of drug excess with a no holds barred account of getting fucked up on his narcotic of choice. Another piece of mad drone that guides you straight into The Individual which is laden with a mad sax refrain that sounds like an acid trip which could go either way. A haunting piece of experimental madness from the mind of J Spaceman.

Broken Heart is the saddest part of the whole experience that verges on almost classical. You can see here with the lyrics why a lot of the old reviews state the songs were about Kate. A lovely lament that would make you want to end it all after a relationship if you slipped it on under a morose state. Not exactly Shiny Happy People… No God Only Religion goes back to the first track at the intro then picks up into a noise fest which if you’ve witnessed live is a fucking stunning piece of work. I witnessed this last time they played Manchester Academy and it stripped the walls of paint and had the audience gobsmacked with the intensity of the raw sound coming from the stage. Still sounds glorious as I write this. The church bells at the end are downright strange.

Cool Waves is a slow burning gospel number that is a massive comedown from the prior blast of the last track. Another beautiful track of grand ambition that stands the test of time. This track was the template of later releases for me as it delves into Pierce’s love of gospel and blues which played a great part on the mighty Sweet Heart Sweet Light. Closing track Cop Shoot Cop to me goes down in history as one of the great Spiritualized tracks. A sprawling epic that clocks in at just under eighteen minutes and sounds relevant as ever. It kicks in mellow, sounds like it’s ending then kicks in again with style and grace. “There’s a hole in my arm where all the money goes” needs no explanation really. A major reference to his habits at the time, yet this is an uplifting piece of music that goes up and down in the right places. Some amazing guitars, the obligatory Radley keyboards, a crescendo of noise that fits into all the right crevices. Dr John shows his presence thoughout and even gives us the pleasure of his vocals once in a while. An astonishing piece of art that thrills to this day.

Like I said earlier this wasn’t my favourite Spiritualized album around that era, yet after listening a few times recently I can safely see what the fuss was about then. Maybe it was too hyped for me I can’t explain, yet I’ve always caught them live when they tour and they still remain one of my favourite bands of all time. I’m just honoured to be able to give my own perspective after all these years…