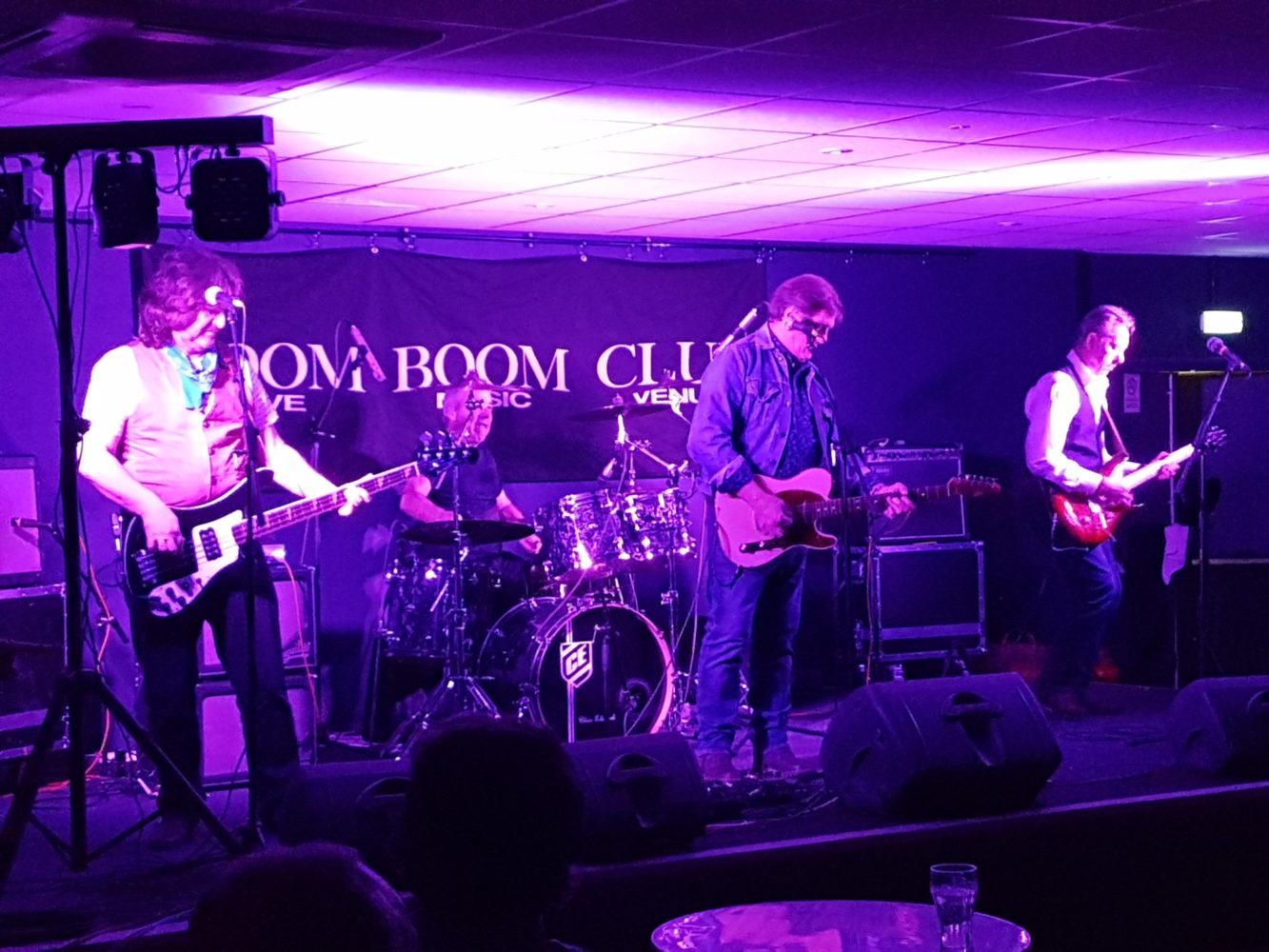 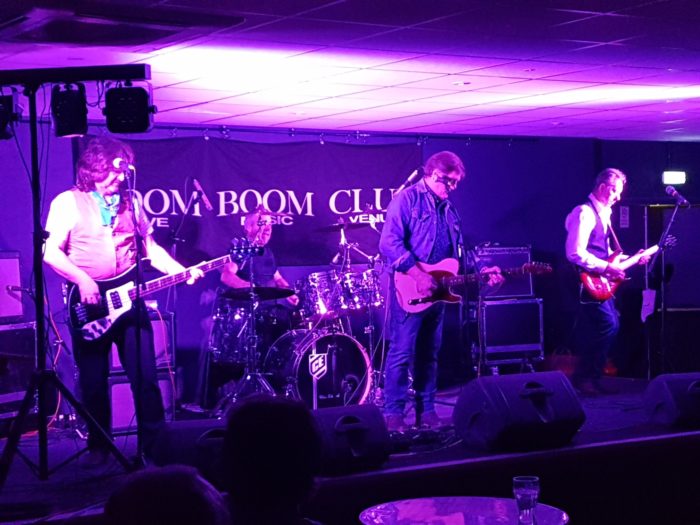 Put together by promoter Pete Feenstra, this festival offered three bands playing all original material in the welcoming setting of the Boom Boom Club in Sutton. The proceedings started with the excellent Spinout UK, all the way from Bournemouth. Led by Gary Roberts, the band played an excellent brand of melodic stoner rock with cracking songs that veered off the beaten path in unexpected manners. The band released an album titled “My Kind Of People” last year of which several tracks were included in the set. A particularly inspired solo by Will Pike on “When Love Comes Your Way” was one of many great moments in their performance. 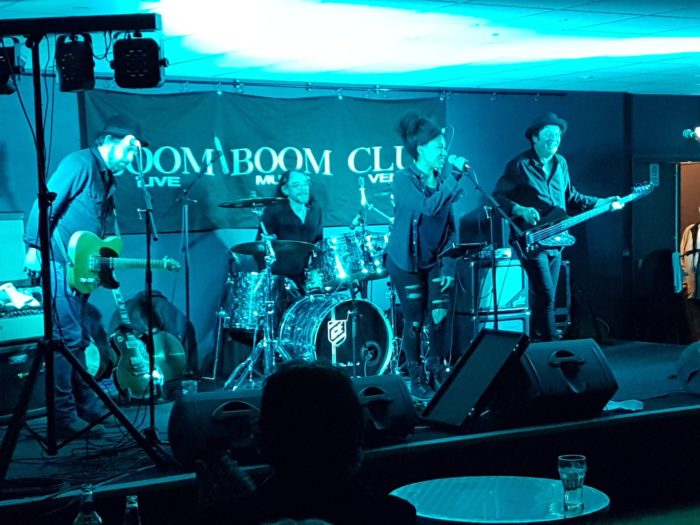 Second on the bill were “Deep Blue Sea”, sporting a refreshingly (for these times) international line up featuring an American lead singer (Dregas), a Spanish guitar player (Iago) and a full English rhythm section !!!  The band justified their reputation as a well oiled live unit with a great version of “Rock Star Status” displaying a fine glam rock stomp. Lead singer Dregas has an excellent voice which coupled with Iago’s showmanship on guitar and a water tight rhythm section (with some great bass lines courtesy of Graeme) made for a great set. The band are playing the Chelsea Blues Festival next month.

Last on were the mighty Sharpeez. Just back from Moscow where frontman Bill Mead went down a storm at the British Invasion Festival, the band played a set that included tracks from their (excellent) latest LP “Wild One”. The core duo of Bill and Loz Netto was joined for this show by the mighty Clive Edwards (former UFO drummer) and Fergie Fulton on bass (or “our passport to Scotland” as Bill dubbed him). Loz’s solo on “Heat of the Night” was a show stopper and “Automatic Mode” proved again to be a great track that would deserve more radio airplay. Bill’s anthem to Tennessee’s great export (“Jacky D”) was an invitation to check out the band’s previous effort “Mississippi Thrill”. The band are playing at the 100 Club on Tuesday the 26th of February on another great blues bill.

News on The Sharpeez can be found on their official website: sharpeez.webs.com or on their facebook page.

News on Deep Blue Sea can be found on their official website: www.deepblueseamusic.co.uk or on their facebook page.

News on Spinout UK can be found on their official website: www.spinoutuk.co.uk or on their facebook page.