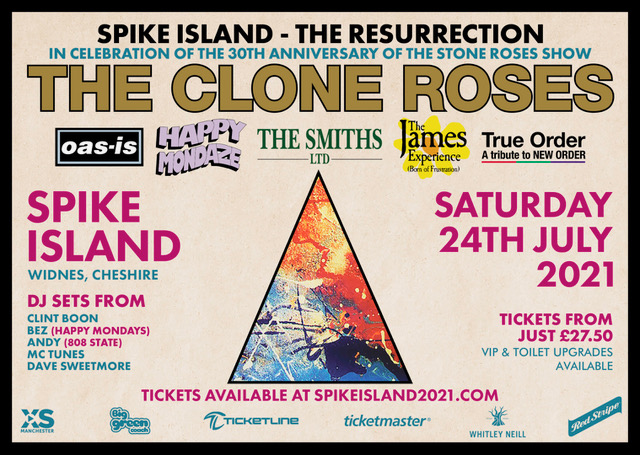 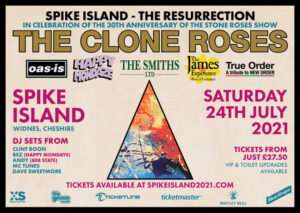 It may be a year later than planned, but Spike Island: The Resurrection is finally upon us, and definitely going ahead this weekend. The one-day outdoor festival is being billed as one of the first major music events to take place in post-lockdown Britain, and final tickets are still on sale

Commemorating 30 years since The Stone Roses played their iconic gig on the island (as it would have been last year), the event organisers have pulled out all the stops to ensure this gig would happen. Even before any talk of lockdowns, they first had to get full blessing from the local council who are “delighted that 30 years after the Stone Roses played at Spike Island a re-creation of that concert featuring tribute band The Clone Roses will take place on that site”.

Now, with the ending of restrictions from 19 July, the one-day festival will open the original site to music fans for the first time since that historic day. The event is close to being a sell-out, with, organisers say, “a staggering number of people” who bought tickets last year keeping hold of their tickets.

This is likely to be the biggest ever event to feature tribute acts, with a superb list of supporting artists, all emulating legendary Manchester bands. The full line-up includes Oas-is, The Smiths Ltd, Happy Mondaze, The James Experience and True Order. There are also DJs including Andy of 808 State and MC Tunes who appeared at the original event Spike Island gig, plus (the real!) Bez, and just in case you were worried that The Inspiral Carpets don’t play a part, Clint Boon tops the bill of DJs.

Full set-times have now been released: