Home Music Reviews Album Reviews Spielbergs: This Is Not the End – album review 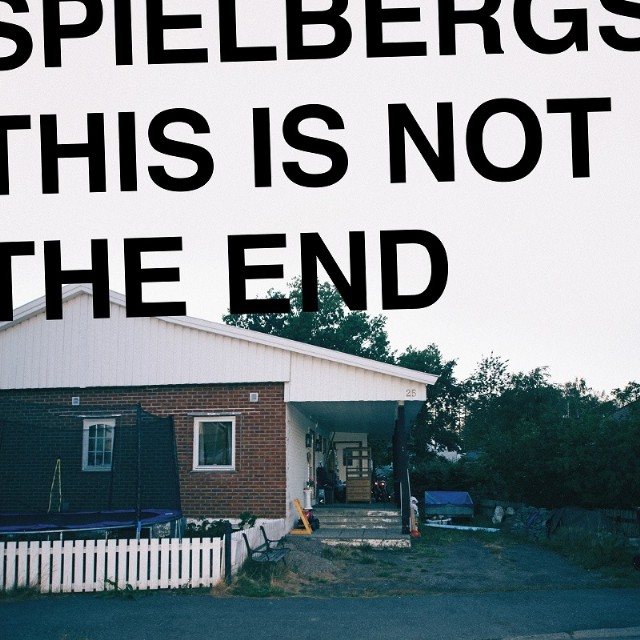 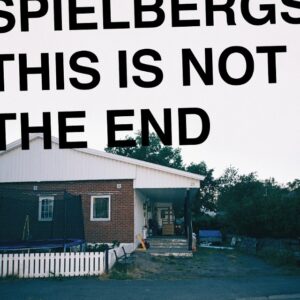 Spielbergs: This Is Not The End (By the Time It Gets Dark)

Norwegian noiseniks Spielbergs make good on early promise with their debut LP This Is Not the End. Louder Than War’s Dave Beech reviews.

While there’s certainly some truth in the age-old adage ‘It’s not what you know, it’s who you know’, it’s a phrase that harbours negative connotations, even when they’re not warranted. Case in point being Spielbergs, an Oslo-based trio that bridge the gap between indie-pop and contemporary punk effortlessly.

Much like many bands of a similar aesthetic, Spielbergs’ come from a background of various bands at varying levels of success, until a show in a Trondheim dive bar won the hearts of a couple of English industry types, so much so they set up a label with the sole purposes of releasing Spielbergs’ music.

Though it might be easy to say the rest is history, for Spielbergs at least, it feels like this is just the beginning. Somewhat fittingly, This Is Not the End is the trio’s debut album, and much like those early releases that seemed to whip both industry and fans in to a frenzy of anticipation, is a clattering and cathartic affair that immediately recalls the likes of Japandroids, Cloud Nothings and Beach Slang. As such, it’s a record that shares more with the sun-kissed surf sounds of southern California than it does the glacial majesty of the band’s native Norway.

With such influences often lending themselves to substandard carbon copies, it’s easy to go in to This Is Not the End expecting nothing you’ve not heard before. And to an extent you’d be right. Familiarity, however, doesn’t always breed contempt.

From the opening ‘Five On It’ right through to closing number ‘Forevermore’ This Is Not the End bristles with energy and urgency. And though there’s a pervading sense of anxiety back boning much of the record, it’s quiet and considered; the cynicism and insecurities familiar to anyone in their late 20s or early 30s.

Perhaps most importantly however, This Is Not the End still retains a sense of fun and of optimism, even behind the introspection. Where tracks like ‘We’re All Going to Die’ or ‘4am’ clatter and cavort to their respective conclusions, the likes of ‘Familiar’ or ‘Mcdonalds (Please Don’t Fuck Up My Order)’ are sprawling ever-building epics that not only provide some welcome respite in what’s otherwise a breakneck record, but exhibit a softer side to the band that’s lost among the liberal fuzz that cloaks the rest of the record.

Of course, This Is Not the End will still have its critics. At its heart it’s a garage punk album, and with the exception of the aforementioned ‘Mcdonalds…’ it’s difficult to ascribe any sort of finesse to the record. Should you try though, you’d be missing the point. This Is Not the End isn’t trying to be something it’s not. It’s an upbeat and entertaining punk record that, while owing much to its influences, manages too to feel quintessential Spielbergs. Essential listening.