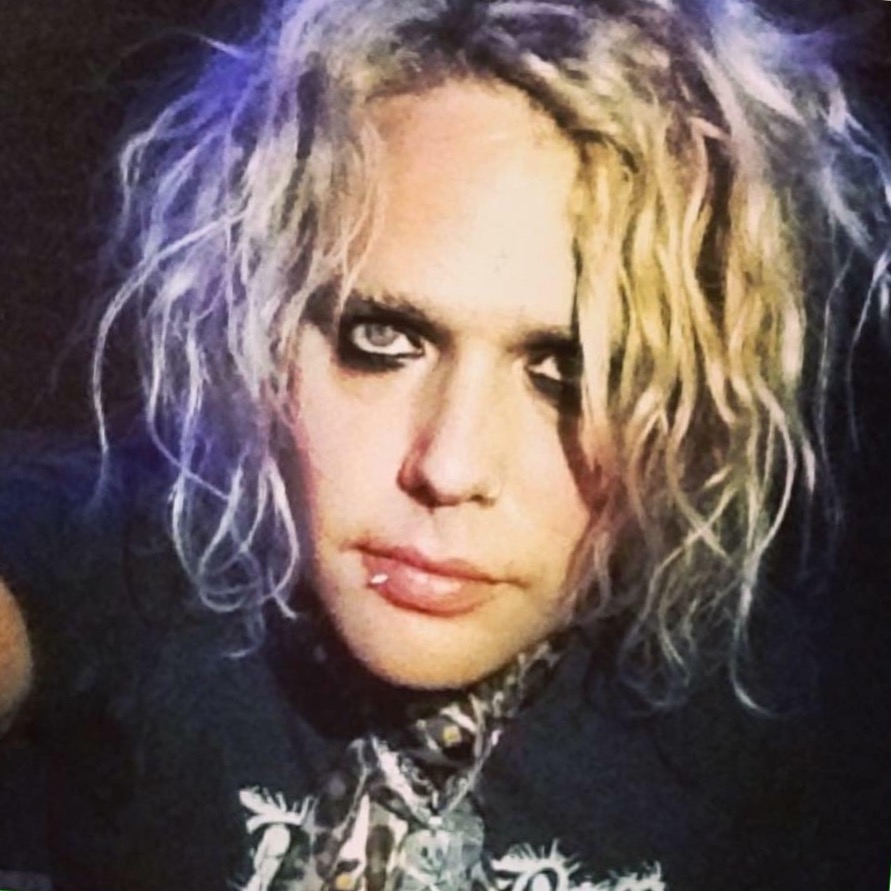 Spiderbites were born while three best “mates” from iconic punk phenomena Adam Ant’s band were touring. Responsible for doing Adam’s sound checks, Joe Holweger (bassist) Andy Woodward (drummer) and Tom Edwards (guitarist) formed Spiderbites. After a successful EP, the band set out to begin a second album when the unthinkable happened….while on tour in the US, Tom Edwards suddenly and unexpectedly passed. 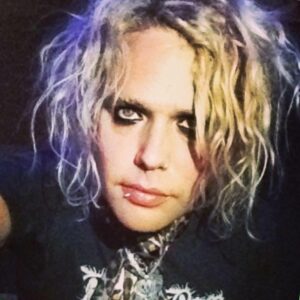 Joe is the bass player in Adam Ants band, as well as the drummer for bandmate Will Crewdson’s band She Made Me Do It. A multi-instrumentalist, Joe now has a long history with Adam. Spiderbites has just been nominated for Best Band in the PureM Magazine awards.

The devastated bandmates were finally able to release the long-awaited album recently, entitled When The Lights Go Down, also a song on the album, very personal to them and celebrating their friend Tom Edwards. I spoke with Joe about the album and the heartbreaking sadness of the stories behind it… Much of Tom’s music is on the album, along with his spirit. The release can be found on all the digital outlets.

Louder Than War: Joe what’s the name of the album?

It’s called When The Lights Go Down, which is one of the songs on there. It’s just kind of appropriate. That song is right at the end and it’s very explicitly about Tom, the loss of Tom and all that. It’s the last one that we did. We sort of wrote it before we went to America but me and Andy finished that one off in America. I got Tom’s girlfriend Charis to collaborate with me really and write the words to it. So it’s got a really personal edge to it, and she’s singing on it as well. It’s a very sad thing to do but I wanted to do one song that was very specifically about that. It’s very obvious when you hear it, you’ll know what it’s about. It’s the only ballad.  There’s a track called Sunny-side Up and that’s sort of a guitary acoustic-type thing. Everything else is flat out, peddle-to-the-metal Spiderbites vibe. It’s cool…

How many tracks are there on the album?

There are eleven, and there’s a secret track which is right at the end. There’s a secret instrumental thing. It’s not an EP, it’s a proper full-length record. So that’s what is out there. It’s great. You know all these songs were written with Tom – so it’s more or less all him. There’s one guitar solo that we didn’t have, which I had to get someone else to do, on Cherry Lips. There’s a tiny little bit of guitar in it called Wandering Eye which Adam Leach did. He was away with us and we had this one little guitar to do, so we got him to record that….but we did some vocals and re-did bits of guitar…we did a lot of it in America on that tour in that last summer. It obviously got finished and then we finished in L.A. We left a disc with Bruce Witkin, and he mixed it. He sent the mixes over when we got home. We just let him get on with it really. He’s done a great job, he got it mastered for us.

Will you be touring with it, playing it around?

In February when we got back from America this time, there was a memorial night for Tom. It was very near his birthday – the day before his birthday, the 20th of February. His birthday is the 21st. We had a live music venue in Watford, so people would go up and sing some songs. We rehearsed a little bit of it. Me and Andy did four Spiderbites songs with Adam Leach playing guitar, (Adam Ant’s new guitar player). He’s a really good friend of mine and he’s very quick at learning stuff. So we did some kind of Spiderbites gig, and we did a cover of Purple Rain. It was great, it was cool, and it was just kind of very sad. I have to be honest, although Adam is a brilliant player, and he knows this, it just doesn’t really feel quite the same. There is an energy missing. I think the last time we had an interview, I was talking about how much fun it is because you’re with your friends on stage, and that’s where it comes from. That’s the whole point of this really. It was three mates, and we wrote all these songs together. We had the concept, all together and a lot of it came from Tom – a lot of the spirit of it came from Tom. Now he’s not there, next to me, it doesn’t really feel the same. I know Andy feels that way, maybe more actually. He wasn’t that keen on doing any kind of gig, but I wanted to do something to represent what we had. So in answer to that question, it’s possible we could do some gigs. It depends on how it’s received for a start and then if we had to we could do it. But it’s not the sort of thing at this stage that we’re dying to go out and play. It’s quite sad really. Every time I hear it, it reminds me of Tom. Me and Andy in those hotels on the tour last summer when we were trying to finish it all off…the vocals, and we were mixing stuff…it was just very difficult to do. There were some moments when it was just too emotional…we’d just stop and go outside. It’s kind of an achievement that we got it finished at all really. But I know Tom would have wanted us to get it out there. That was the driving force behind it.

I know you and Tom, and Andy were very close.

Yeah…. emotionally yeah. Anyway, it is out there. We put all the lyrics on the album which we didn’t do the last time which people wanted. It was more difficult than I thought it was. It’s all very well singing it, but when you have to write down what you said…..it took me hours to do that…and I still got it wrong. It’s right now ….

Will you be bringing some of the CD with you on tour this summer?

Maybe. Possibly. We probably will. Yes, people have been asking about hard copies. We’ll try and sort that out.

So what else is going on?

I’ve just been doing a lot of gigs. We start rehearsing next week. We’ve got a festival with Adam. Then there’s a couple more festivals before we come to you.