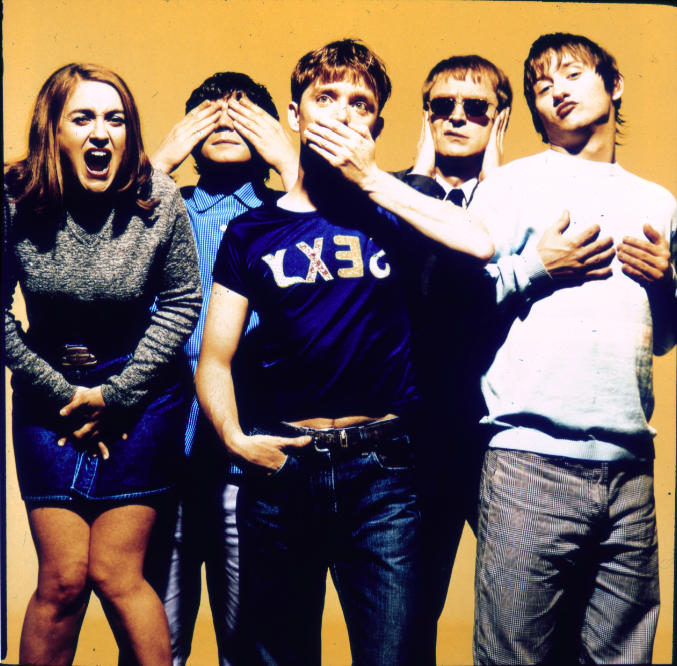 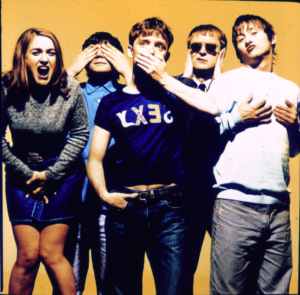 Originally due to be released in 1997 Sheffield Britpop band Speedy’s debut has suffered quite the delay. It’s now been rescued from the vault and released by new label The Lost Music Club. Sarah Lay finds out if it really is a lost Britpop classic, or an out-of-time curio.

Right now nostalgia for the ’90s is all the rage. 1994 is everywhere. Talk is all about twenty years passing since the emergence of Britpop and and the demise of Kurt Cobain. Suddenly everyone wants to reminisce over Britpop anthems, Addidas and alcopops.

The big names are being thrown around again – two decades since Oasis debuted with Definitely Maybe, or Blur hit their mid-period with Parklife. Since Elastica, Suede, Sleeper, Gene, Marion et al were not just becoming the mainstream music but were woven into the very culture of the time. They were the fashion, the art, the football terraces. They were the news.

And a music industry overflowing with money couldn’t resist milking the mood, signing up everyone with six strings, three chords and/or a floppy fringe and a Fred Perry. Anything with a guitar near it was suddenly ‘britpop’, marketing and mass production sucking out the excitement and opportunity of ‘indie’ music moving above ground and plastering the label on so many bands it rendered the whole concept a bit meaningless.

Yes, Britpop was a blessing and a curse for music – more bands were bank-rolled but the quality across the whole scene faltered and ultimately fickleness from the paymasters meant as quickly as musicians were picked up they were also dropped. While the big names thundered forward toward the end of the decade other musical lights, little gems – those who were swept up rather than deliberately part of the juggernaut genre – they winked out.

So was the tale of Speedy. A Sheffield indie band who found themselves signed to BMG/Arista arm Boilerhouse in 1996 where they duly recorded this debut, News from Nowhere, but were dropped before its release. Since then it has sat unheard until new label The Lost Music Club got in touch with the band and offered to provide the long-time-coming release. The label says it’s not so much about nostalgia as bringing fans music they haven’t heard from bands they still love.

But back to the Speedy story; formed in Sheffield in 1993 from the remains of Blammo! Speedy sat alongside other city bands inadvertently stickered and stuck with Britpop, such as Pulp and Longpigs. However, it’s probably the inclusion of single Boy Wonder on a Shine compilation as much as their reputation at the time, that has kept the band’s memory alive with fans over the years.

And now, as we hear the album for the first time here in 2014, what do we get when we listen to News from Nowhere? We get, rather unsurprisingly but not disappointingly, an album which sounds exactly like it comes direct to us from 1996. Not a pastiche of the era coloured by looking back over time, or current music picking up and sewing together with other parts of other genres. No, this is a wormhole directly to the past (whether you want to time travel to 1996 is, perhaps, a personal matter).

Had it been released to its original schedule this would have probably been welcomed by fans but had moderate success on a wider scale. The comedown after the frenzy of Britpop had begun and whether Speedy would have risen out of that gloom is questionable.

That’s not to say that News from Nowhere is without merit. It is a joyous thing with pop moments generously scattered throughout. There is some affectations of the period – a pronounced accent in the vocal, studio brass, shouty backing vocals, much post-modern irony in the lyrics.

In fact many of the lyrics are of a lost world. Nick and Anne get a namecheck in Another Day in the Life of Riley – but they won’t mean much to anyone who wasn’t watching breakfast TV in the mid-’90s. Nine O’Clock News in title alone seems deliciously innocent in these days of mawkish and banal rolling channels.

As for their most remembered moment – Boy Wonder – if you weren’t familiar with those adorning the pages of Smash Hits the shopping list of celebrity body parts in the middle eight will be totally mystifying.

If this was an album written recently it would feel contrived and desperately niche, however, given it’s an artifact as much as an album it just leaves fascination in the same way that seeing black and white films colorised does.

There’s kinship with other players around at the time – moments of sounding like Definitely Maybe era Oasis, the tale-telling of Parklife and Great Escape period Blur, even the borrow-and-stitch-from-post-punk of Menswear and Elastica.

But beneath all of that is an indiepop band making punchy tracks, and sounding like they’re having a damn fine time in doing so. And irrisistable energy, a tempting charisma. If the past is a foreign country, Speedy may just be able to stamp your passport and take you on 14-track tour.

A lost classic? Maybe not. But a gem from the analogue age that certainly didn’t deserve to be unheard for so long – well worth a listen for lovers of underdogs or the Britpop sound,  for ’90s throwbacks or anyone who just wants to get their ears around some raucous indiepop.

Come one, come all, to hear the news from nowhere.

All words by Sarah Lay. You can read more of her articles in her Louder Than War author profile or follow her on Twitter.