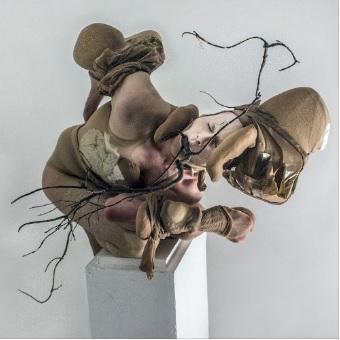 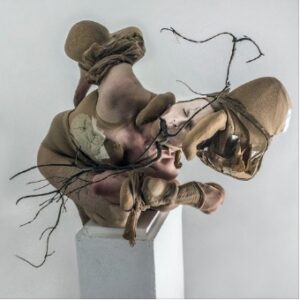 Louder than War’s Ioan Humphreys gets pleasantly battered and bruised by Spectres.

Spectres were formed in Barnstaple, North Devon in 2011. After moving to Bristol a couple years later they self-released a few EPs and singles on their own Howling Owl label, before joining forces with Sonic Cathedral for 2015’s incendiary Dying. This resulted in coverage everywhere from NME to Drowned In Sound, The Times and the Guardian to BBC Radio 1.

Fast forward six years and Spectres have once again teamed up with Sonic Cathedral to release their second album Condition,  due 10 March. Condition was recorded by Dominic Mitchison in the band’s adopted home city of Bristol and mastered by Frank Arkwright (Mogwai, 65daysofstatic) at Abbey Road in London.

Opener Beginning Of An End starts with loud noisy one chord strum distorted guitar. Pounding drums add to the menace until a clawing minimalist metallic guitar riff comes in to add to the discomfort. Haunting vocals punctuate and augment the blistering walls of noise.

Rubber plant immediately reminds me of early Sonic Youth. It has the same feel and sound with the atonal guitars and barrage of noise. Keyboards are introduced amidst the cacophony. And again the ethereal vocals add a calming unsuspecting element to the noisy proceedings.

MERZBOW esque noise start this track with stabs of guitar and industrial sounds combining to create a deeply unpleasant start. I loved it. As the track progresses, the shoegazy vocals add a calmness to the noisy first quarter that eventually dissolves into quite a melodic track. It’s called Dissolve, ironically.

For me Neck is one of the stand out tracks of the LP. An insistent drum beat over noisy discordant guitars immediately puts you on the back foot. The noise is quite deafening and it’s not an easy listen. The vocals are somewhat drowned out by the waves of punishing industrial sounds. I fucking loved it.

And as the album progresses, the brutal aural assault doesn’t let up one bit. You get some respite with tracks like Colour Me Out, which is quite a chilled out affair, but this is also mixed with grotesque feedback. Final track Coping Mechanism is an epic sprawling piece that has a gorgeous throbbing baseline and drumbeat. It chops and changes it’s time signatures that vear from strung out shoegaze to a pounding cacophonic assault.

Condition is a brutal, yet somehow melodic album that at times can be very unsettling, but ultimately is a satisfying listen. They are a band that manages to get that difficult balance of producing something that is as visceral on record as it probably is live. Not many bands are able to do this. It’s clever stuff and I look forward to seeing and hearing more from Spectres VERY soon.