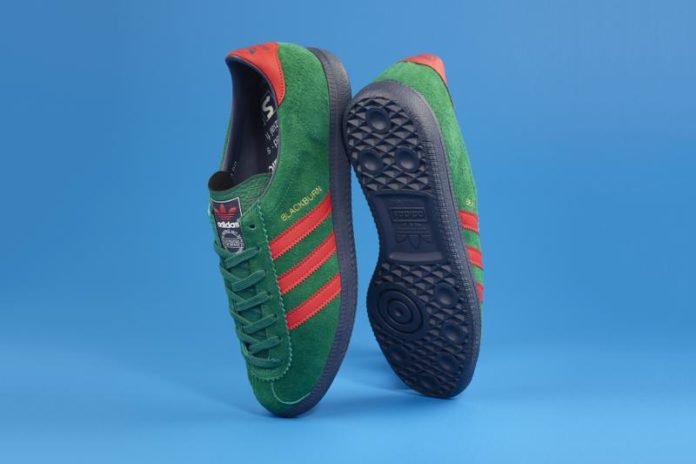 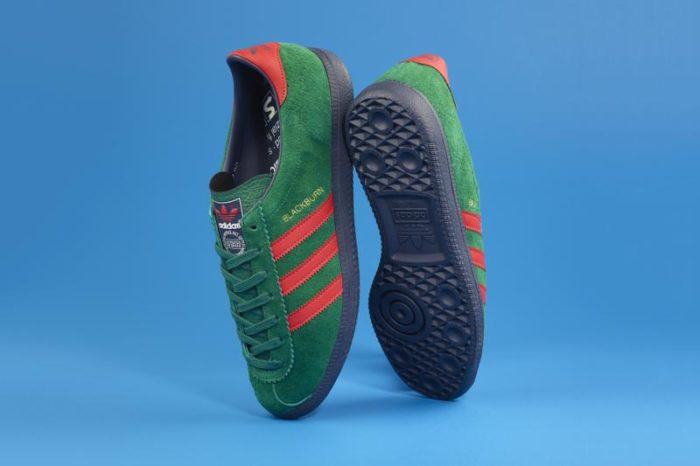 Bringing it all back home – Gary Aspden is the name behind many of Adidas shoes key 21st century campaigns and the designer of the cult Spezial range. Born in Blackburn, he has brilliantly brought the world’s most beloved sportswear brand back to his hometown for a shoe launch and exhibition into, arguably, almost the heartland of the look.

The adidas SPEZIAL exhibition will showcase the evolution of adidas footwear past and present. It will be part of the first British Textile Biennial – with Blackburn being a hub of events.

Today sees the launch of the exhibition with 1200 pairs of shoes from Gary’s 2000 strong collection. Gary’s status in the trainer world is godlike and shoe collectors from all over the world are out in force in the Lancashire town which rarely gets a spotlight shone on it and is basking in the glow of the latest trainer which is launched as part of the exhibition that embraces the city.

The Blackburn Nightsafe is designed around the red and green colours of the Lancashire Rose. Gary’s exhibition is likely to the highlight of the British Textile Biennial which runs through Eats Lancs this autumn celebrating the cultural heritage of the area. Another highlight is Jamie Holman’s commission, Transform and Escape the Dogs, which tells the story of how Blackburn’s mills were taken over for the famous raves in the 1980s