Home Music Reviews Album Reviews Spearmint: Are You From the Future? – album review 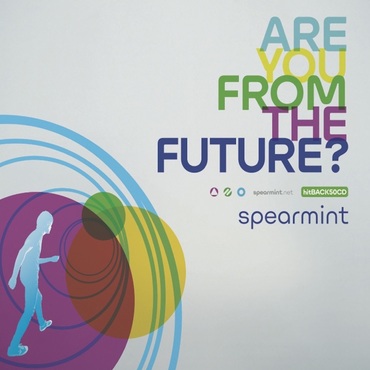 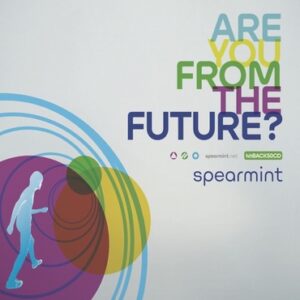 Spearmint – Are You From the Future?

Spearmint return with an album that reveals itself as a late contender for the end of the year best-of lists. Are You From the Future? lifts the spirits leaving the listener revelling in a disco-infused flamboyant perfect pop haze.

When it comes to album opening tracks, you can’t get much finer or more uplifting and exhilarating than 24 Hours in A&E. From its dramatic string opening it opens up to incorporate the afore-mentioned strings along with effects-laden guitar riffing and sweet rhythms, Its feet are firmly planted in 70s disco but still manages to sound fresh and original.

For every extravagant pulsating upbeat song on the album, there is a slower song to counteract the vibrant energy. Pick the Paper Up immediately picks up from where 24 Hours in A&E left off. An ode to peace and love, the subject is very much Brexit-related. While the papers stir up hatred and conflict and encouraging splits, however, Lee advocates ignoring their attempts to divide – “Pick the papers up, take them out the shop, drop them in the bin”. The laidback nature of the song is reflected in its peaceful message – we’ll get through this together. ”What I’m trying to say is that we’ll live through this pain….love will remain” while still taking aim cleverly at its targets.

Senseless increases the pace again, the 70s disco vibe kicking in again, sweet riffing combining with, engaging melodies, bongos and hand-claps completing the overall vibe. The song compares falling in love to countless other illogical behaviours (and in doing so manages to reference one of the best singles of all time – White Man (in Hammersmith Palais)). Remember when the alt-guitar/power pop of Blondie found disco?

The whole alternating of tracks from those with heady vigour to reflective, introverted moments continues into the beauty of the questioning of misremembered thoughts in Fireflies. Thomas then kicks things up a few gears again in a clever and humorous exploration of unrequited love.

And so things continue through the album, I could pick every single track here as a highlight – such is the quality of musicianship and song-writing.  The melancholy of I Don’t Sleep Well Without You, the radiant power-pop of St Thomas in the Darkness and the sweeping romanticism of The West Pier is me merely scratching the surface.

The album reaches its intoxicating climax with a blend of influences on It Won’t Happen to Me, which manages to mix a bit of an early 80s post-punk bass-line atmosphere with Spanish guitars and maracas to a mesmeric compulsive effect, the rhythm captivating and in doing so sounding like no-one else other than the gloriously unique Spearmint.