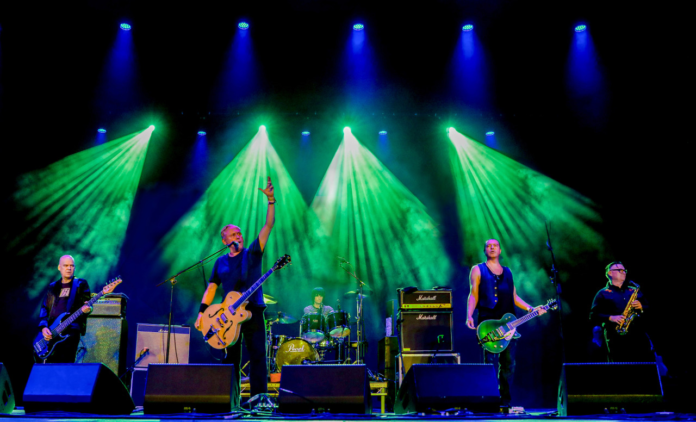 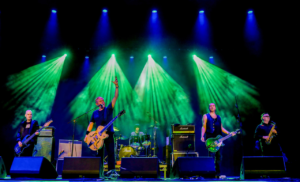 “World Service” is the third studio album by Spear of Destiny, and was released by Epic Records back in 1985. The album resulted in two UK Chart placings for the singles “All My Love (Ask Nothing)” which climbed to #61 on the UK Chart, whilst “Coe Back” did moderately better reaching #55 on the UK Chart.

Many of the tracks remain in the current Spear of Destiny live set, the brooding title track being a particular live favourite. Kirk Brandon has never been shy in expressing his disappointment with the released version of the album, as such during lockdown the band gathered together and re-recorded the entire album, which was then released across two 10″ silver vinyl discs (LTW Review)

To mark the 35 years since its initial release, a full UK anniversary tour was announced; clearly the Covid 19 pandemic put paid to the initial dates. Now as we emerge from the Covid fallout, Spear Of Destiny have announced a full rescheduled tour. 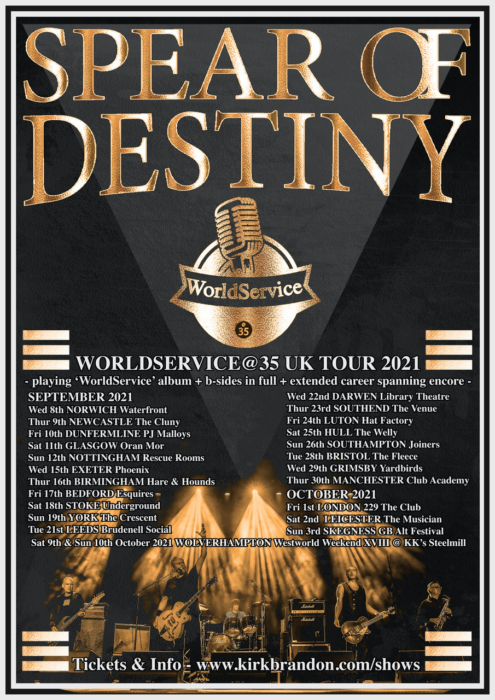 Advance tickets for the shows are on sale now direct from Kirk Brandon, and venues.

Following on from the success of the “One Eyed Jacks” 35th Anniversary Tour which saw multiple sold out shows, sales are expected to be brisk.