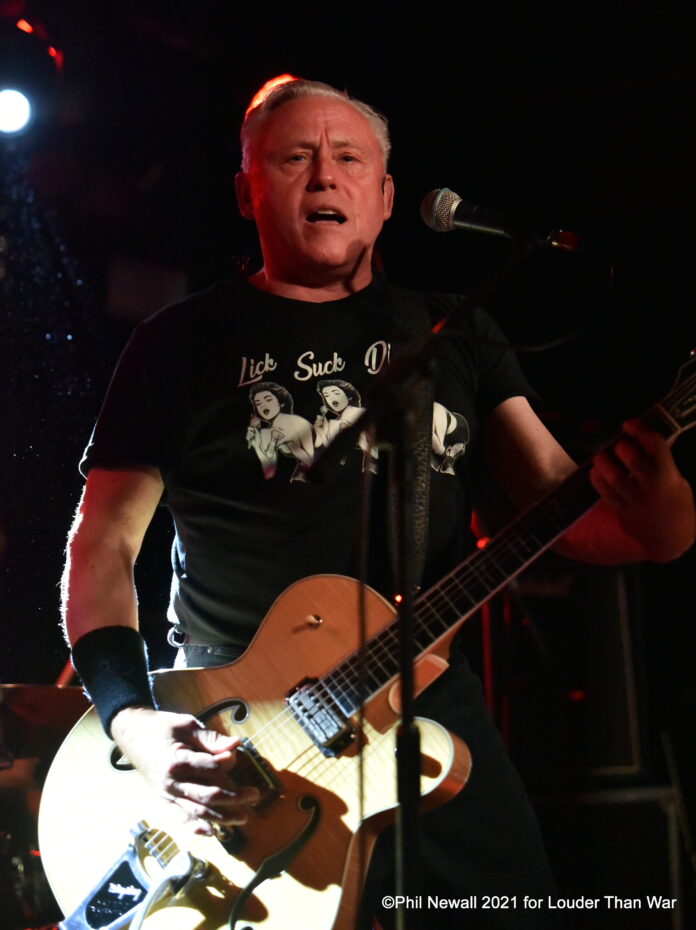 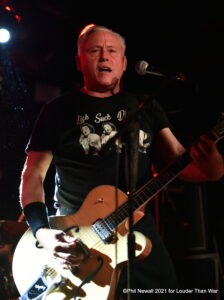 Back in October 2020 I reviewed the re-recorded and reissued World Service album (LTW review), my opening line being “I guess it would be fair to say that World Service has had a troubled history.” Sadly, those troubles continued in the guise of a global pandemic which curtailed the extensive scheduled accompanying tour – now, almost 12 months since the album hit the streets.

Spear Of Destiny are back on the road, and tonight brought their triumphant sound back to a very welcoming Manchester.

As we emerge nervously, post-pandemic, a hearty crowd greet a five-piece Spear Of Destiny in the subterranean Club Academy, founder and frontman Kirk Brandon wearing a black Lick, Suck, Dick T-shirt looks to his right, a nod to Craig Adams who has a rather alarming battered Panama hat in position and then the melancholic keys open the title track before Kirk begins to sing with the benefit of perhaps one of the strongest voices in rock music, the engine house rhythm section of Phil Martini and Adams kicks in and the instantly the crowd react, shaking off the shackles of the past 18 months, to Brandon’s left Adrian Portas – his guitar as low slung as ever coaxing subtle colour into the mix as he writhes around the stage. Straight into Rocket Ship, the huge chords almost define Spear Of Destiny, though that honour could be bestowed on the distinct brass courtesy of Clive Osbourne, coupled with the huge choruses this is Spear at their widescreen full HD best. Cole Younger was not on the original World Service release, instead being the B-Side to Come Back, despite this the song has rightly become a live set staple, drawing you in with its reggae stomp that seems the mosh pit shift to a skank. I’d not really noticed previously, just how much Last Card rides a late 50’s vibe – its richly textured and provides the perfect base for the bands trademark fists in the air sing-along, similarly with All My Love – a real heart on my sleeve anthem full of melodic power. 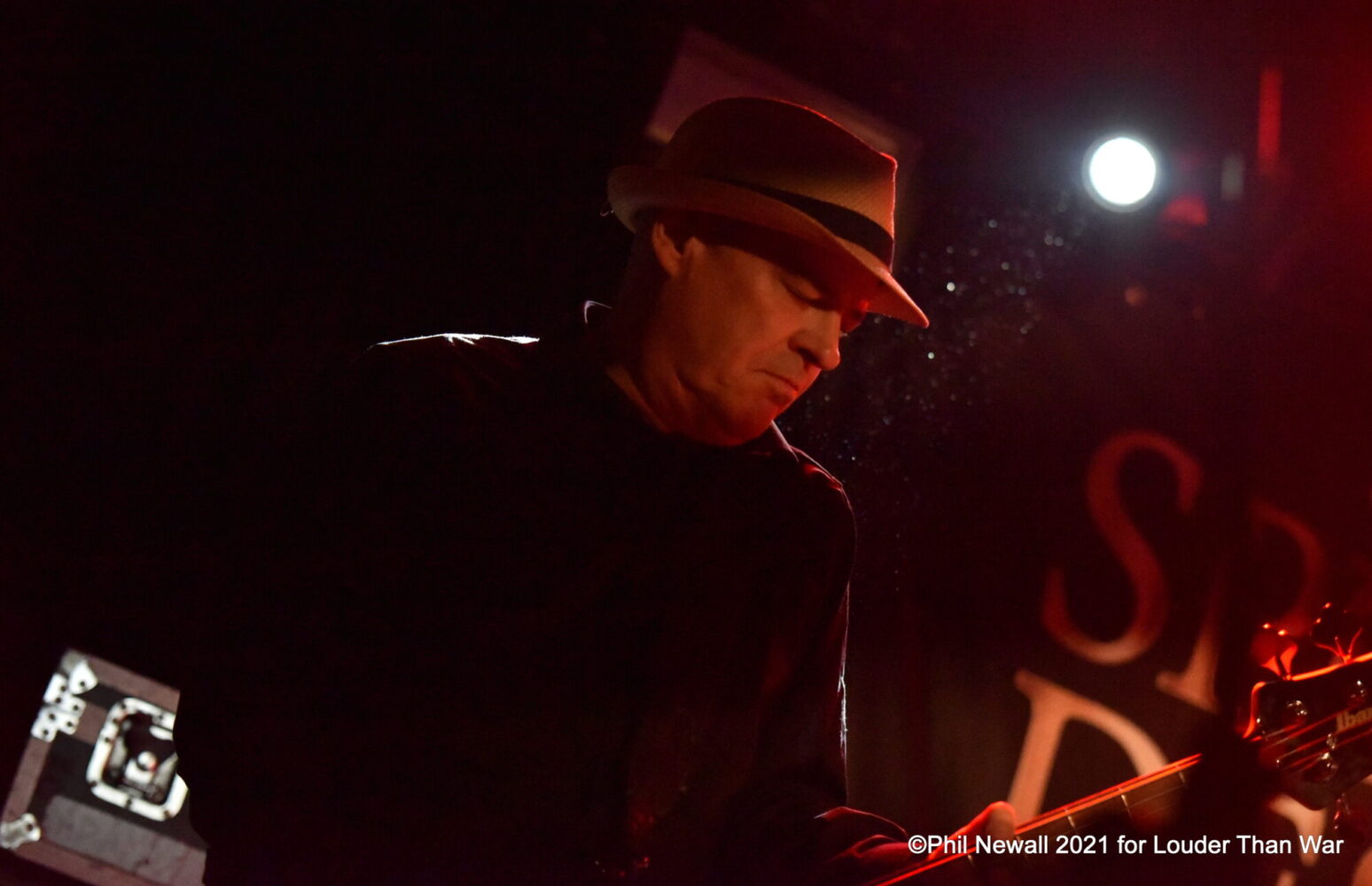 Kirk pauses to introduce Their England, he describes it as a forgotten track written around the same time as World Service that was recently rediscovered by Alan St Clair who back in the day demoed material that became the Outlands album, and later still on 1992’s Sods Law album; Their England effortlessly fitted into the set, a potent force, complete with fat, bouncy bass lines to anchor both Kirks voice and Adrian’s guitar runs – astounding that a track of such quality could effectively have been lost for some 35 years! 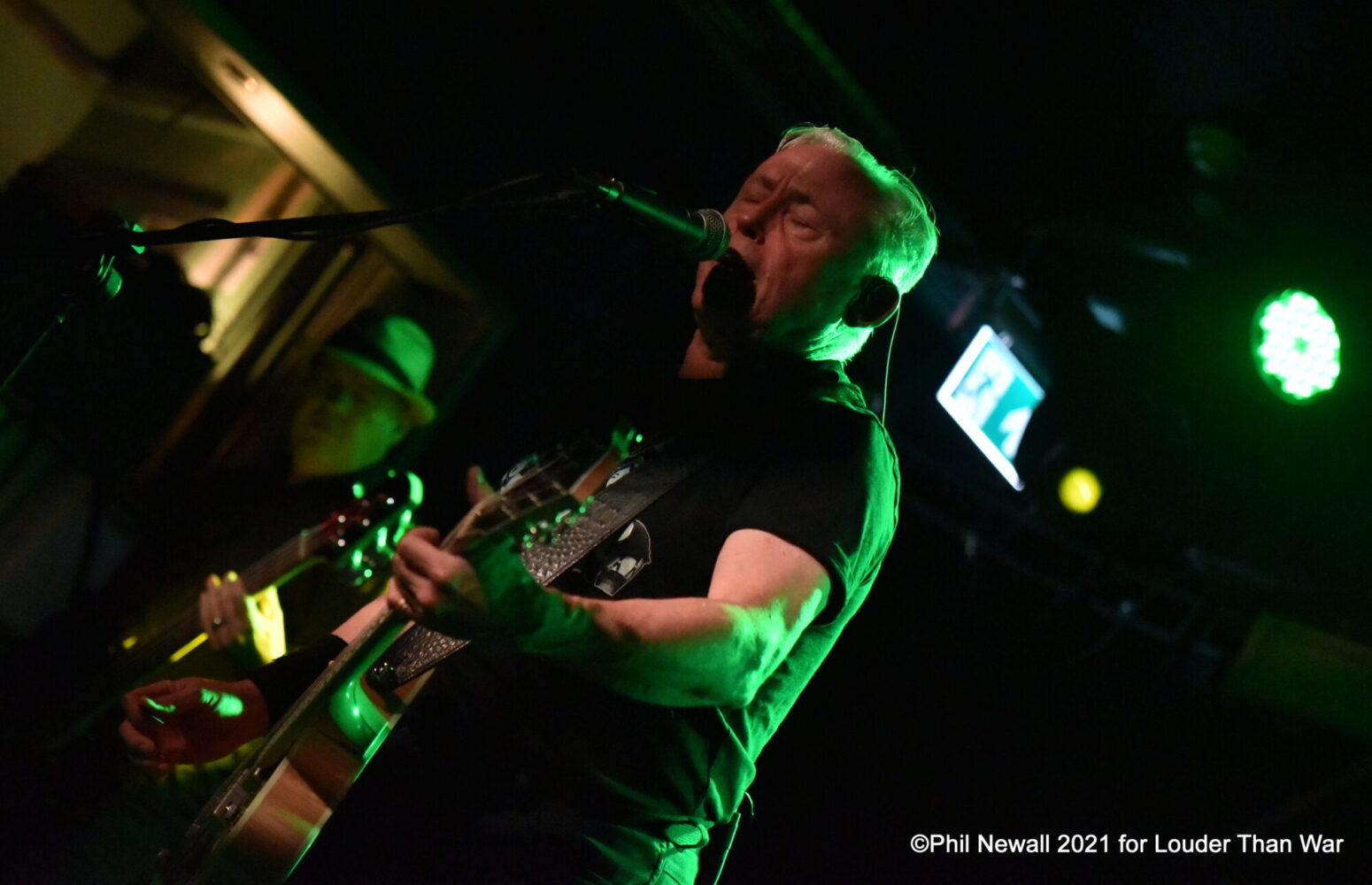 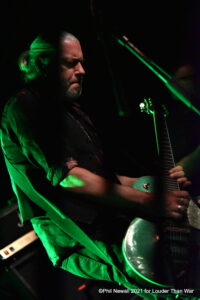 Brandon abandons his guitar for the daring Once In Her Lifetime, Craig Adams hammers out that pounding motoric bass, the scratchy guitar precedes the brass and then that voice, a voice that fills every corner of the room with its depth and sustain, likewise during I Can See which sees Brandon crouched over, before raising his arms summoning the crowd on into a full rabble rouser. Clive Osbourne takes up his penny whistle for the lament almost keening Mickey, surely on of the best tracks to emerge following the Falklands crisis, before deftly switching to the saxophone whilst Kirk’s vocal intensity is still a charismatic presence on any stage.
The band leave the stage to a roar of applause, an encore follows promptly, initially Brandon alone for the genuinely haunting Harlan County ahead of the tribal propulsion of Solution pulled from the bands 1983 debut Grapes Of Wrath which captures the transition from Theatre Of Hate.

Joy Division’s Transmission has been in Spear’s live set for many a year, a boisterous cover full of power, made all the poignant by being performed in Manchester. Finishing with the legendary anthem Liberator, the crowd hurling themselves forward careering of the barriers, raising the roof with that immense singalong.

Spear Of Destiny provided us with the perfect set, a set that rightly underlines their continuing renaissance; they create a big sound, they take the stage like they own it – long may it continue.