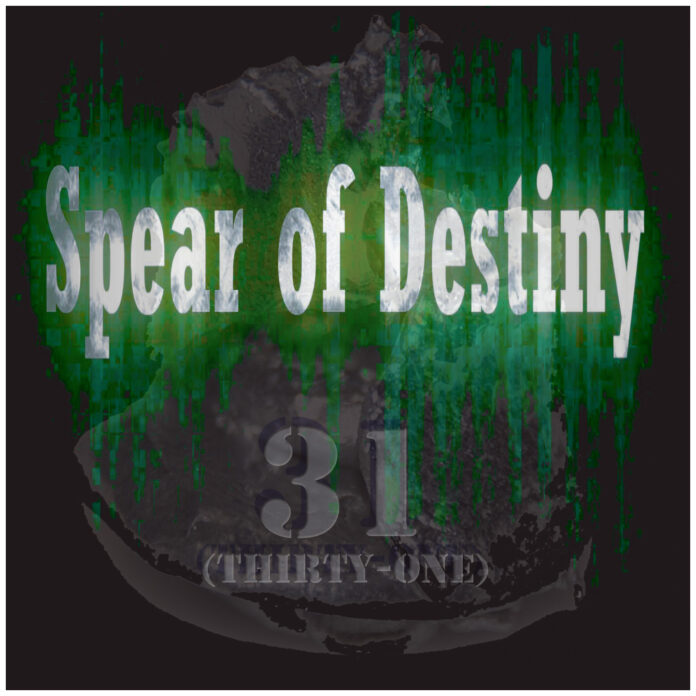 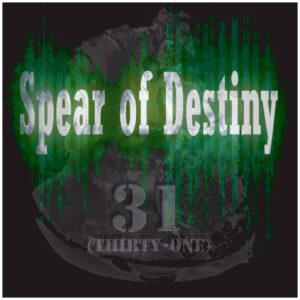 Spear Of Destiny: 31 (Thirty One) (Code7 Distribution and The Orchard Digital Platform)

Rewind to the start of the 80s: Theatre Of Hate are one of the greatest post-punk bands, led by a fiery Kirk Brandon with a haircut that inspired a generation. They have a hit in Do You Believe In The Westworld? and success seems guaranteed for the singer with much charisma. But TOH disband and from those ashes arises a more rock n roll beast in the form of Spear Of Destiny. A major label signing. Chart success. Then the fall from grace and the wilderness years, before both Spear Of Destiny and Theatre Of Hate are regularly dusted down, taken out on the road and to give pleasure to punters with discerning ears.

Kirk Brandon has been through it all, serious health problems and infamous court cases included,  but through it all he has consistently written some wonderful songs. He is one of England’s greatest song writing sons and one its most undervalued. I’ll always have a soft spot for those early years, being a teenager at the time, but in my opinion his song writing has only improved with age. Check out Warleigh Road off 2003’s Morning Star, and Judas off 2000’s Volunteers as examples.

The current line up of Spear Of Destiny is the longest serving to date and features Adrian Portas (New Model Army / Sex Gang Children), Craig Adams (Sisters of Mercy / The Cult / The Mission) and Mike Kelly (The Mission / Republica). Keyboards bolster the sound on the “31”(Thirty One) album recordings, played by long time Brandon cohort Steve Allan-Jones.

This is a solid line up and the playing on the new album is sublime.

31 kicks off with Titanium Man; a hard rocking beast with a heavy rock riff and driving bass and drums. It’s something about the KGB. Brandon’s lyrics can be a little obscure, but no harm in that. Track two is Fascinations, a song about puerile interest in people’s private passions. There is a post-punk sound to this one with a hint of Joy Division, a band that Brandon admired greatly. 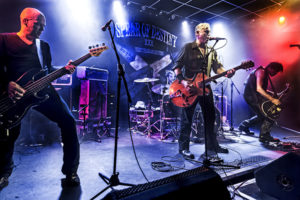 Spear Of Destiny have always had their own sound, thanks in part to Brandon’s original vocals. But the guitar work, steeped in American rock n roll, has an edgy, almost dreamlike quality, that moves Spear Of Destiny in a mythical 50s past but with the grit of modern English sensibilities. They mix up Americana and post-punk to create something that is always recognisably Spear Of Destiny.

It’s not all out and out rockers. A song like Sputnik, builds the tension slowly, building up to a grandiose chorus. Cry Baby Cemetery has a voodoo guitar and a back beat that shimmers with Southern Gothic suspense. Australian Love Song is a rockabilly trip-out that sounds like a piss take/homage to Nick Cave. Here Comes The Sun is a great rocker that sounds like The Cult in their heyday. The sort of song you want as a soundtrack on a summer’s drive. Love On The Rhine is classic Brandon in thoughtful mode and one of my favourites on the album. Brandon does regret and melancholy better than most, but often with a glint in his eye. The album ends with the ballad like Hurry Home, about the waste of soldier’s lives. Brandon has often sung about the soldier’s lot; but does so with respect for the soldiers themselves, whilst regretting the waste of young life. Hurry Home is Springsteen-esque and a suitable album closer.

A couple of the songs maybe sound as though they could have been developed more, but this is a cracking album. Spear Of Destiny and Theatre Of Hate always had a grandiose feel about them, as if each song was a mini epic and 31 follows in similar vein. Brandon puts his all into every song with epic bombast, coming across as a tragic rock n roll anti-hero. He is the Wagner of rock n roll.

And the haircut’s still pretty cool.