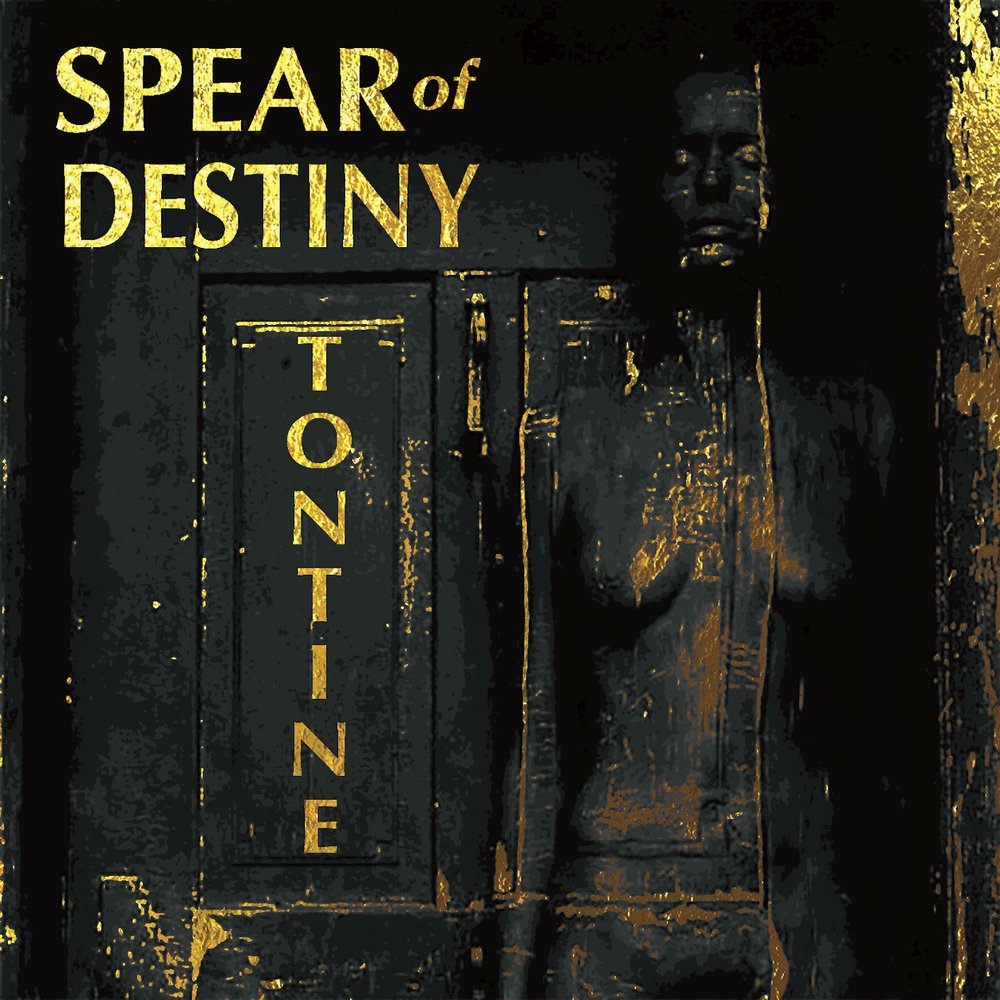 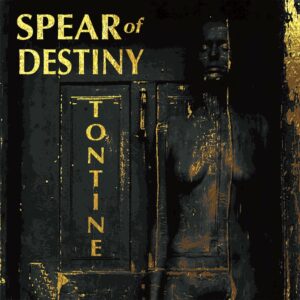 Earnest, honest, sometimes very personal lyrics but with an injection of dark humour. A powerful and impassioned vocal and sing-along/chant along choruses with potent brooding instrumentation. This album is another masterpiece both musically and lyrically.

Kirk Brandon has been playing in bands in one form or another for 40 years now having formed The Pack in 1978 and after their demise, success followed with the mighty Theatre of Hate. Spear of Destiny have now been going for 35 years, having formed in ’83 after Theatre of Hate split.

Brandon currently tours and records with both bands. Having released the album, Kinshi, with Theatre of Hate in 2016 and toured last year on the back of it, it is now the turn of Spear of Destiny again.Currently the settled line-up of SOD is Brandon, Adrian Portas (New Model Army/Sex Gang Children and also in the TOH line-up), Craig Adams (of Sisters of Mercy/The Cult/The Mission) and Phil Martini (Jim Jones and the Righteous Mind) with Steve Allan-Jones on keyboards.

New album Tontine, the follow up to 2014’s acclaimed 31 and the bands 14th, taking up the reins where 31 left off and  is everything you would want and expect from a Spear of Destiny album.

I asked Kirk about the album title. “It was really just bit of a joke between band members about who would live the longest.” (A tontine is a scheme originating in the 1700s in France where a group of people paid money into the scheme with the money going to the last survivor. A scheme that didn’t come without its problems and questionable activities)

As you would expect with a Spear of Destiny album these are songs of a serious subject matter and nature. The songs all have a message to them and touch on subjects across the gamut of life and death. Tontine balances edgy songs, some with almost an underlying feeling of menace. with those of a more melancholic ambience, however there is always with a sense of optimism hanging in the air

Kirk: “In a way, you could say the songs have adult themes. They’re not “she loves you yeah yeah”, they’re not “get pissed, destroy”. We’re in a different place and time. Even Nirvana is a distant memory now…A lot of people might thing its weird but I see a lot of hope in the album. Seeing life as it is, not as it isn’t. There is no-one out there that will fight for you, so you need to galvanise yourself to fight for yourself.”

On the menacing side of things we have songs like the album opener. Introduced with its end of pier entertainer and sounds giving way to a slow build of threatening bass intro and sinister strings leading us to first line “Muppets working the puppets – just for fun”. Sneering lyrics build until screaming guitar introduces the “mods and the rockers” refrain and the sirens wail of the song title. Welcome to Brighton. The overhanging threat of the album’s opener continues into MK Ultra, a song about the CIA experimental mind control system of the 1950s with its football chant of a chorus.

Kirk as always shows a talent for storytelling in his lyric writing. Mr Livingston, I Presume is another prime example of this. I asked Kirk if this and other tracks on the album were biographical in any way. “It is about a really old mate of mine, a tragic story – everything went wrong in his life, he perhaps wasn’t best served by some people in his life, ended up in Brazil… A really good mate of mine, gone on now to pastures new, that place beyond the Sky. He used to run the Zap Club. We set up a club once – if you want a laugh. It was his idea, called it KB’s Rock House playing rock music, punk music, whatever, you know. It was just meant to be a laugh. KB’s shit house more like. 3 people came – but they remained life-long friends, so there you go.” The song opens with acoustic guitar, and a string section adds atmosphere as the layer of guitar, drums and bass builds then fades out to solitary piano.

Enigma is another of these types of track telling the life story of a man who “doesn’t exist”. “It’s about my Dad – an enigma really. Pretty weird stuff at the end of WW2, that really strange period 1945-50. It was just chaos. Anarchy on the ruins really, pretty lawless. All those blokes came back to nothing. My Dad, Grandad, brothers and that came back to Westminster. Not only was the house gone, the street was gone. Where the Brandon’s lived didn’t exist anymore.”

On the more melancholic and optimistic side of things, Second Life is a song about second chances and is one of Kirk and the bands favourites on the new album. “That to me the chords, singing, arrangements, the words, the whole feeling of it is about as good as I can get. The sentiment, starting your second life. The only thing you can do is walk out the door and start again”

Another of Kirk’s favourites is Afrikan Proverb. “We mixed it to death in the studio so I’m sick of it just now, but when I’m not sick of it, it’ll be a good song again. It is literally an African Proverb. When an old man dies in Africa, a library burns down, all the memories and knowledge that goes with it. It’s a saying over there, I thought wow what a statement. The song is a story though, we are all just a code now, an algorithm. I like the chords and the structure”

No Other is a deeply personal song, a delicate acoustic track with touching earnest lyrics. The chorus tugs on the heartstrings with Brandon pleading No Other backed by plaintive trumpet. Monuments In The Sand paints a picture of dystopian future in a world with no oil. It’s a kick in the balls to mankind who have raped and pillaged the Earth for all her natural resources. It hints at us being the key to our own downfall. “Maybe the end of days is here this soon”. “Rusting derricks and refineries – monuments on the sand,”  – the song is musically, sparse with gently strummed western style riffs, pulsing bass & rhythmic beats.

The lamentations on penultimate track Nothing with forlorn cries of “are you lonely baby, are you lonely now” are complemented by the build and fade of soaring guitar lines before the album ends on with Peace You Will Never Have. Musically it is strikingly understated with honeyed backing vocals adding another texture to Brandon’s gruff refrain.

The band is touring in May/June so expect to hear a mix of songs from throughout the bands career (Kirk “People sometimes ask me why are you playing this new shit – I say mate, that’s 25/30 years old”) including tracks from debut Grapes of Wrath (released 35 years ago) to the new album Tontine and favourites new and old – Liberator, Sputnik, Mickey, Suicide God, The Wheel, Lucky Man and Never Take Me Alive amongst others.

You can find Kirk Brandon online here He is also on Facebook.

All words by Neil Hodge. More writing by Neil on Louder Than War can be found at his author’s archive . You can also find Neil online at his blog thegingerquiff.