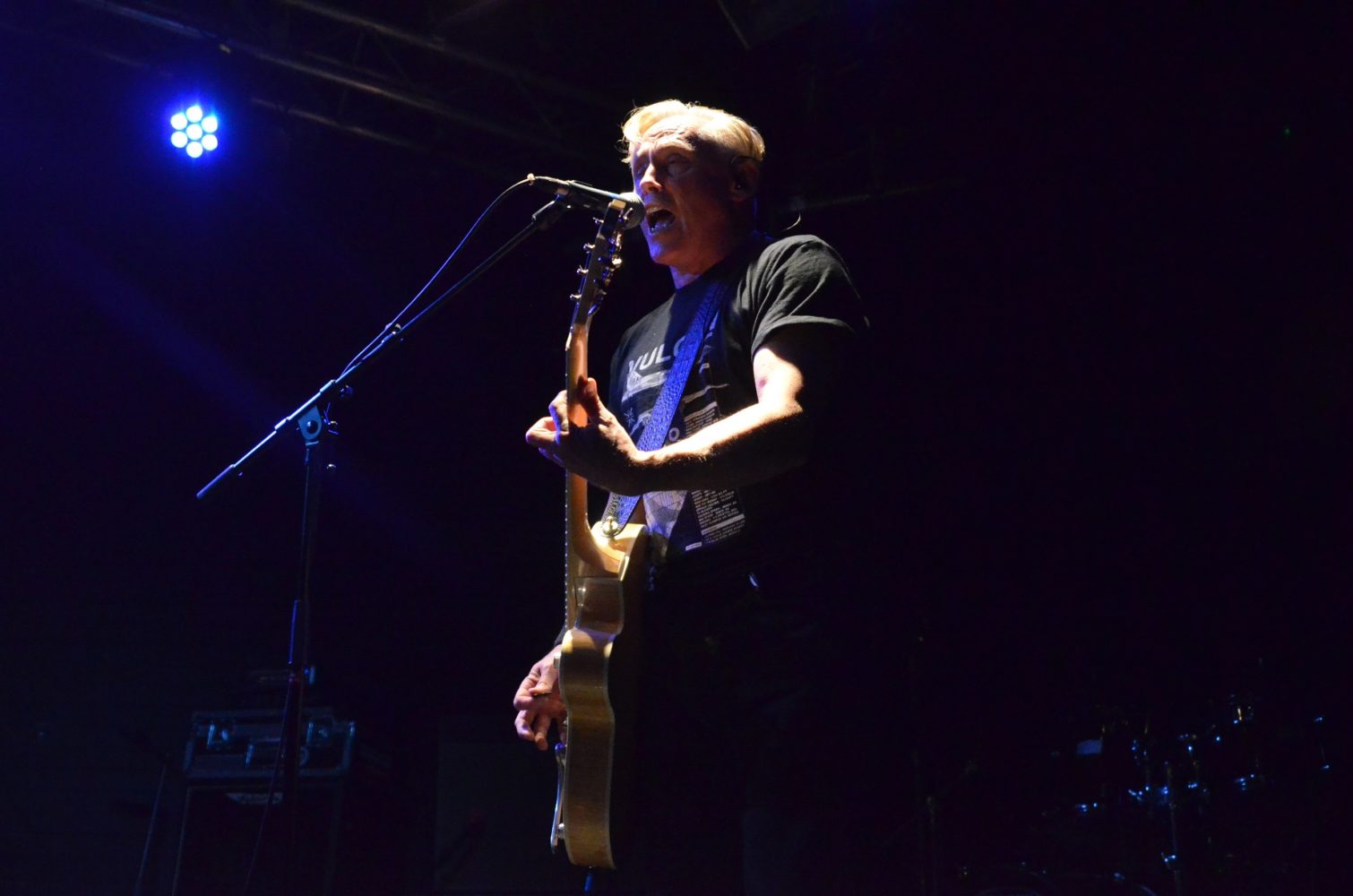 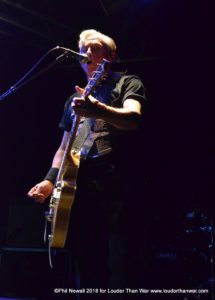 Kirk Brandon must surely rank as perhaps the hardest working musician in the UK; he tours almost continuously under at least four differing guises, from the pre-goth clang of Theatre of Hate, to the subtle Akoustik performances, even these more intimate gigs have the option of dividing into those with or without the cello of Sam Sarnsbury, to the ‘round the table’ Dead Men Walking tours – tonight though Kirk brings Spear of Destiny to a healthy and expectant Chester crowd on the back of the recent ‘Tontine’ album (LTW Review).

‘Tontine’ saw a resurgent Spear of Destiny regain some of the ground taken by Theatre Of Hate following the release of the magnificent ‘Kinshi’ album in late 2016; I suggest it’s a combination of such solid releases from the entire Brandon cannon that has re-engaged an audience; an audience that tonight were presented with a more melancholic set that drew from the bands 30+ year career.

Brandon himself continues to look fit and healthy, the blond hair is still all there, not quite as stacked or sculptured these days; he is flanked by ex- Sisters of Mercy bassist Craig Adams and ex-New Model Army & Sex Gang Children guitarist Adrian Portas, Portas is also included within the ranks of Theatre of Hate;

Opening with ‘Strangers’ from 1987’s ‘Outland’ album then stepping further back to ‘Comeback’ its clear Brandon’s voice has dropped, now that’s not a criticism, his distinct voice and vocal range remains vast, but with age his voice has naturally altered; to be honest I prefer it now, some of the opera has been stripped away, to be replaced with a dirtier drawl, Adams and Portas inject a new energy into the older numbers, and the sparkle in tracks including ‘MK Ultra’ a song about the CIA who back in the 50’s experimented with mind control, despite this we get a terrace chant of a chorus, ahead of a bass driven darkly ominous ‘Medievalists’ from ‘Tontine’.

Brandon has never been known for his interaction with the audience, preferring to immerse himself with the performance, tonight was no different, a few clipped words relating to Steinbeck’s Grapes of Wrath masterpiece before taking us back to 1983 and both ‘The Flying Scotsman’ and ‘The Wheel’ from that years album, both sound alive and wrought with emotion and that’s due to the commitment Brandon and his band bring to their music.

This is evident as ‘Second Life’ and ‘Afrikan Proverb’ bring us back to 2018, each track has immense depth, I know Brandon cites ‘Second Life’ as one of his own personal favourites, the chord structure and vocal arrangements even in a precarious live setting are second to none; likewise with the immense ‘World Service’ an epic track that has the crowd arms raised chanting along with every word, until Brandon instructs the band to fade leaving just the audience – finally a smile breaks across Kirk’s face, leading us into ‘Mr Livingston’ and finally the eternally poignant ‘Mickey’

Encoring with ‘Liberator’ seems almost obligatory, but no one here was complaining, a spirited and genuine anthem that despite being around some 34years effortlessly links the early years vigour to the accomplished Spear of Destiny of today; tonight Spear Of Destiny delivered a magnificent, at times melodramatic performance that oozed class, class born out of a life on the road; glorious!