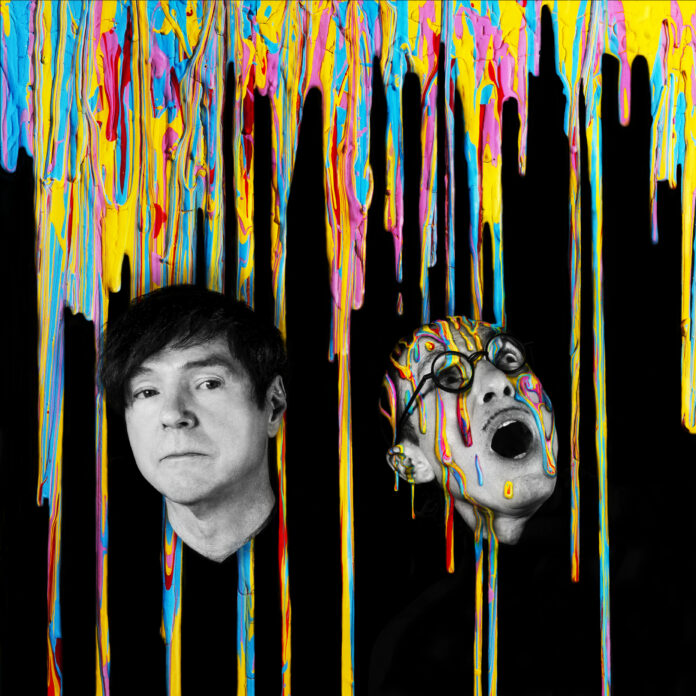 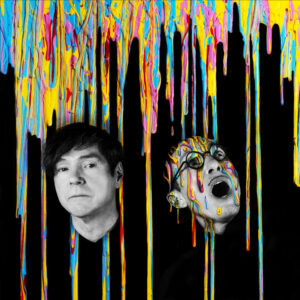 Sparks have been making their idiosyncratic brand of quirky pop since the Sixties. Now, after 53 years, the Mael brothers may have reached their creative peak, says Tim Cooper.

For most bands, simply still being together after more than half a century is worthy of an award in itself. You think of The Rolling Stones, The Beach Boys, Aerosmith. After that you start to run out of options. If you try to name one that has sustained a similar level of consistency, and made one of its finest albums after 53 years, then there is only one.

With their new album, A Steady Drip, Drip, Drip, Sparks have drawn on the many styles and many great moments in a multi-faceted career that began in their native Los Angeles in 1967, while retaining the unique identity. Whatever style they embrace, and they have embraced most – pop, rock, New Wave, synth-pop, disco, dance, electro, orchestral, opera – they always remain ineffably, irrefutably, inescapably, undeniably Sparks.

In its pure pop punch A Steady Drip, Drip, Drip harks right back to the early Seventies when kids like me first encountered them on Top of the Pops singing This Town Ain’t Big Enough For Both Of Us in the summer of 1974. Few of us old enough to remember will forget their first sight of the Mael brothers on what may have been a black-and-white TV screen – bouncy boyish frontman Russell with his poodle perm and piercing falsetto, and oddball Ron at the piano with his Hitler moustache, Brylcreemed hair and deadpan sideways stare.

That tune, with its sudden shifts of tempo, gunshots and false endings, would never leave us; those guys would never be forgotten. Especially Ron, who looked less like a pop star than a psychotic bank manager and was still giving kids nightmares for decades afterwards. Years later I interviewed them and asked Ron about the Hitler moustache. “You say Hitler, but I thought I looked like Charlie Chaplin,” he sighed. I still don’t know if he was being serious.

Bursting into our lives in the Seventies, Sparks always seemed far removed from their native California: Americans never quite ‘got’ Sparks, with their arthouse hauteur and amateur dramatics, but in the dressing-up era of Glam Rock they found a natural niche in Britain alongside Bowie and Slade and T.Rex and Wizzard and Mud.

So here they are, with their 24th studio album, and their abiding gifts for pop melody, surreal humour and clever, quirky lyrics crafted with precision and attention to old-fashioned virtues of the songwriter’s craft – meter and scansion, rhyme and rhythm – remain not just undiminished but honed to a peak of perfection. Practice, perhaps, really does make perfect; even in the previously young man’s game of pop.

Written as usual by the two brothers, with Ron originating the ideas both musically and lyrically and Russell adding the finishing touches and signature vocals, A Steady Drip, Drip, Drip was recorded, produced, engineered and mixed at the band’s own LA studio, with additional musicians Stevie Nistor (drums), Evan Weiss and Eli Pearl (guitars), Patrick Kelly (bass), Alex Casnoff (keyboards) and  (saxRyan Parrish).

It begins with All That, a song that charts the highs and lows of a relationship, or a life, over a simply strummed guitar and, with the arrival of Ron’s piano, one of those characteristic key changes in which they specialise, building to an anthemic chorus. From the first moment to the last, it’s classic Sparks.

Crunchy rock guitars herald the arrival of I’m Toast, another song that is superficially about a relationship, yet also readable as a light-hearted metaphor for their career – the middle-eight is vintage Sparks: “One hit wonders, workplace blunders, some hang on too long / Empty nesters, bad investors, lovers who’ve been wronged / Here’s my hope, that you will never have to sing this song / But you probably will, in fact you’re whistling along.”

Ron’s lyric writing displays the finely crafted precision and wit of a vintage songwriter such as Cole Porter or Ivor Novello, employing wit in the form of puns and metaphors, yet his subject matter and his concerns are always contemporary; never more so that on iPhone, a song whose chorus is something we can all empathise with: “Put your fucking iPhone down and listen to me.”

Being Sparks, of course, it imagines multiple historical scenarios involving inappropriate smartphone usage: from Adam and Eve in the Garden of Eden to Abe Lincoln at the Gettysburg Address and – finally – the Jobs household, where Mrs Jobs is struggling to attract her husband’s attention away from his screen.

On occasion their lyrics verge on nonsense verse (in a good way), coupled with an ever-present sense of surrealism: there is something plain peculiar about a band from California singing the couplet “My girlfriend is from Andover / She puts up with my lawn mower. Once again, it could only be Sparks.

Stravinsky’s Only Hit – a very Mael title, that – could have been taken from one of those hit Seventies albums like Indiscreet or Propaganda (“Stravinsky’s only hit / He toned it down a bit / He didn’t write the words / He hated minor thirds / He thought them too absurd”).

There are moments where they seem to be relying on the formula a little too much. Left Out In The Cold amounts to little more than a lengthy complaint about the weather in rhyming couplets (“Winnipeg is where I’m living / Cold as hell, it’s unforgiving”) and Onomato Pia perhaps relies too heavily on its titular conceit of being about an Italian girl of that name. But they are catchy, and funny, which is more than many records can claim to be.

Highlights – and there are many more of those – include Self Effacing, one of those insanely catchy, quirky tunes that Sparks do so well (“Compliments come / But my rule of thumb / Is under duress / Say all my success / Is all due to them / On them I depend”).

And if ever a tune was made to become a viral anthem, it’s One For The Ages, which is rightly all over BBC 6Music right now. As contagious as coronovirus, it’s a song that, in typical Sparks fashion, has so much more meaning that its surface demonstrates: a meaning brought out fully in its animated video about an accountant dreaming behind the desk of his dreary office job of leaving a lasting legacy with a secretly written novel. As so often with Sparks, the humour is matched by poignancy.

The album concludes, topically, with an epic eco-anthem whose message is conveyed not only by its chorus but its very title, Please Don’t Fuck Up My World, with added poignancy – once again – from being sung until it’s firmly lodged in your head by a children’s choir, the Coldwater Canyon Youth Choir.

All words by Tim Cooper. More at his Louder Than War author archive here.