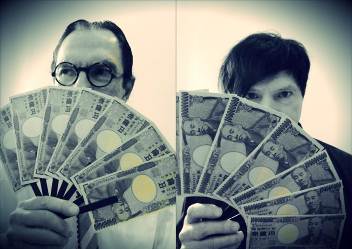 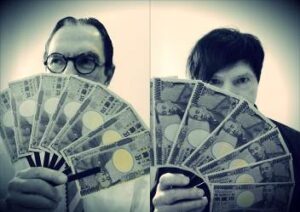 Sparks to perform ‘Kimono My House’ with Heritage Orchestra

Pioneering band Sparks perform with the 35 piece Heritage Orchestra at the Barbican on Friday 19 December. They perform their classic 1974 album ‘Kimono My House’ in brand new orchestral arrangements by Nathan Kelly, plus favourites from across their varied career.

Sparks are brothers Ron (keyboards) and Russell Mael (vocals). Their genre-defying music is characterised by its intelligent, sophisticated, and acerbic lyrics and their unique stage presence. They collaborate here with the award-winning Heritage Orchestra. The orchestra is known for their unorthodox approach to music and their focus on working with new and experimental present-day artists.

“Come celebrate with us the 40th anniversary of our album Kimono My House!   To make the evening excruciatingly special, we will perform it in its entirety with the 35-piece Heritage Orchestra.  And since we’ll be in full-on celebratory mode and in no rush to go home, we’ll also perform a selection of songs from our other 22 albums with blaring symphonic accompaniment.   You waited 40 years; the wait is over!”   Ron and Russell Mael

Featuring the smash hit single “This Town Ain’t Big Enough for Both Of Us”, ‘Kimono My House’ reached #4 in the UK album charts on its release in 1974 and has been acclaimed by fellow musicians as diverse as Morrissey, Kurt Cobain and Bjork.

Produced by the Barbican