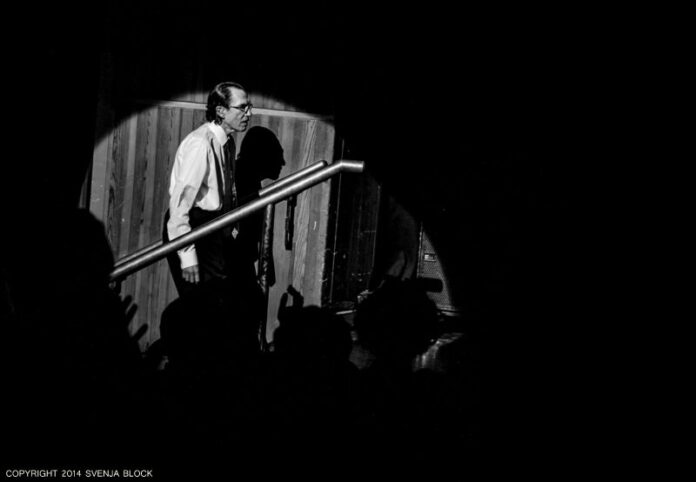 Arriving at the Barbican to celebrate the 40th anniversary of Sparks’ most successful album “Kimono My House”, the scene was subtly set with a variety of covers of the title-inspiring pop classic “Come On-a My House” playing over the PA.  However, with the arrival of the symphony-sizedHeritage Orchestra, who were to provide the backing for the evening, came jarring Bernard Herrmann-style chords, picking out the skeletons of some of the Sparks canon before resolving into the opening number “This Town Ain’t Big Enough”. The Mael brothers, appropriately kimono-clad, entered from opposite sides of the stage to take their places, Ron seated firmly at the keys stage right while Russell found a base stage right from which to venture as the mood took him.

The purpose of the evening was a celebration of one of the most interesting albums to come out of the tail end of glamera in the mid-70s, although its contents defy an easy characterisation. The clever word play, musical complexities and offbeat subject matter which mark Sparks’ work lift them out of the confines of “genre”, even though they are clearly delighted to play with pop sensibility.  In fact, given theirtheatricality and operatic tendencies it’s no surprise that the addition of a full-scale orchestra provided an organic extension to their musical palette, rather than feeling like a clumsy bolt-on. 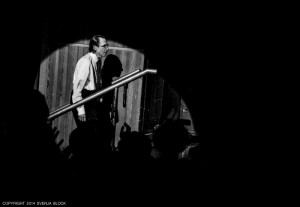 Both “This Town” and the subsequent “Amateur Hour” took full advantage of the acoustic dynamics of the hall to project Russells’ spacious vocals; while the orchestral effects were put to good use, providing a mercurial array of accompaniment –  bier-keller bravado (Falling In Love With Myself Again) to Cinerama sleighbells (It’s Not Christmas) and Madam Butterfly operatics (Kimono My House). The album (and first half) closer “Equator” delivered the tongue-twisting vocal gymnastics of a Baroque opera buffa patter song and deservedly brought the audience to their feet,whooping in appreciation.

Medleys on the mighty Wurlitzer were fed through the auditorium during the interval, maintaining the atmosphere of a vintage cinema performance while the Maels returned with a change of outfit – Ron in his trademark white shirt/skinny tie and Russell in loose jacket, short and leggings – for a canter through some the vast catalogue of material from their 21 other albums. 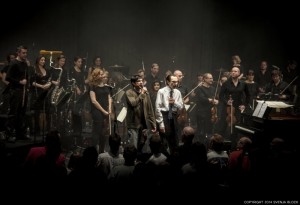 Opening with a dramatic reading of “The Rhythm Thief”, there seemed to be a darker mood in the choices of material; with Russell challenging his Creator in “Get in the Swing” and angsty cries on “Dick Around” and “When Do I Get to Sing ‘My Way’”.  Ron also took part in the drama withspoken-word excerpts from “The Seduction of Ingmar Bergman”. Punctuating these intense moments, however, came a couple of sparkling highlights – the full 1920s dance band treatment given to “Looks, Looks, Looks” was joyous, and the epic interpretation of “Number One Song In Heaven” pulled everyone up to their feet and even Ron was moved to perform what can only be described as an idiosyncratic set of dance moves.  This closed out the musical part of the show, but in what was described by Ron ironically as an “Oscar speech” some sincere thanks were expressed by Russell and Ron to the Heritage Orchestra and their MD Jules Buckley for making the concept work so well, which was echoed by warm applause from the appreciative audience. There was also exciting news of the completion of a new album, with a to-be announced collaborator!

Returning briefly to the stage to perform an intimate verison of “Change”, the Mael brothers left to another ovation,marking a superb performance of a unique album, superlatively supported by a very talented orchestra.