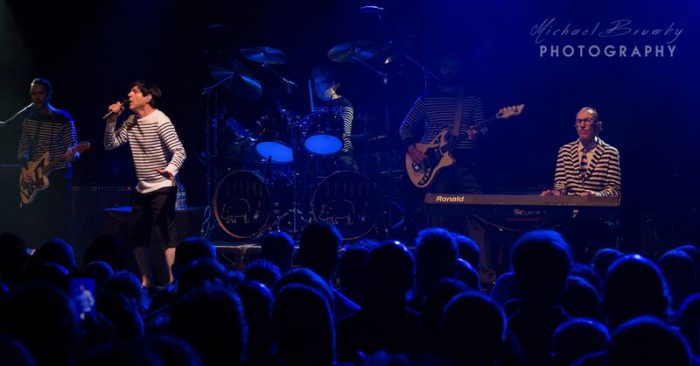 Ron and Russell have been Sparks’  alpha Maels for forty-five years now. They came to Bristol’s O2 Academy last week, backed by their powerful band, and delivered an alpha-plus symposium in how to intoxicate a crowd, including LTW’s Jon Kean.

When Russell sang “Live fast and die young/Live fast and die young… Too late for that/Too late for that” on Edith Piaf (Said It Better Than Me), you couldn’t help but ponder whether the brothers hold the recipe to the elixir of life. It’s just possible that that elixir is a potent brew of glam rock, Broadway musicals, Tom Lehrer and Dr. Seuss. Not far short of seventy, Russell has a voice that retains exquisite control – pitch, range and volume. The dynamism with which he leaps and skips around the stage suggests that there’s a market for that ‘Sparks-fit’ aerobic DVD this Christmas. I’d buy it. 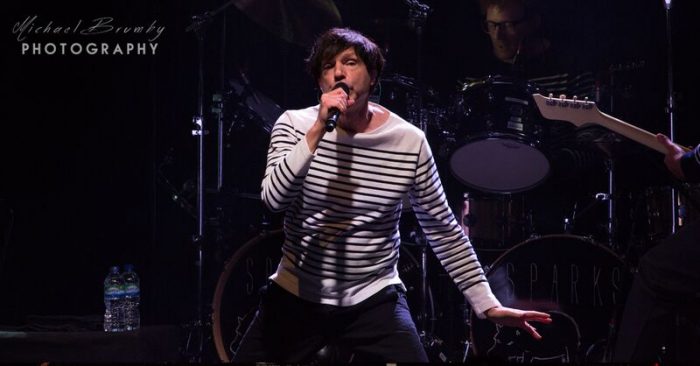 Conversely, Ron has spent decades creating optimal effect from minimal movement. He spent the majority of the set stock-still at the keyboard. It’s like gig yoga. His core stability must be awesome. The life shining out of Ron comes through his fast fingers and his hawk eyes. Looking very much like Sparks’ head of security, his knack of making it seem like he was looking at you almost all of the time was both mesmerising and unnerving, as if one micro-nod could have had someone descend and throw you out. 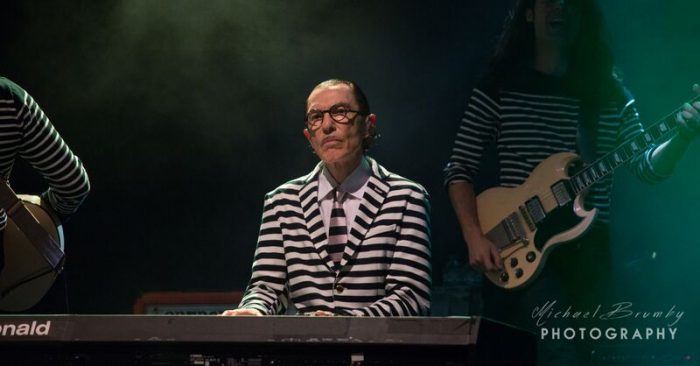 Gig etiquette 101, as any fool knows, is that you clap politely after each song. Performer etiquette dictates that you thank the audience politely for observing correct social niceties, even if “thank you” really translates as “that’s the only between-song banter you’re getting.” Rarely do you see a gig like this, in which most tracks were celebrated with animalistic roars and sustained applause, like the acclamation you get at political party conferences, but without the pompous dullards.

The rock stylings of All I Do Now Is Dick Around and the spiky punkiness of Amateur Hour were greeted with sufficient energy to power central Bristol for a fortnight. The delayed gratification of the inevitable This Town Ain’t Big Enough at the end of the set made the O2 Academy fit to burst. Similar frenzy was caused by Ron’s traditional foray away from the keys, plus tantalising jacket removal, followed by his trademark tap dance with manic smile, to The Number One Song In Heaven.

Tracks from this year’s album, Hippopotamus, stood strongly abreast the life-long favourites, including the title track itself. If Josh Homme of QoTSA can be asked to record a bedtime story on CBeebies, they ought to commission a version of this to teach pre-schoolers the concept of displacement. Scandinavian Design and Missionary Position displaced our sense of composure yet further. The latter began with its resplendent Elton John piano, probably the only immediate Elton connotation we gave it; Russell dedicated it to all “Lovers of the missionary position,” adding, “Don’t be ashamed; it’s not so bad,” whilst many of us silently personalised that and reflected that beggars can’t be choosers.

After the encore, the rest of the band departed and the two brothers remained on stage. The audience remained too, vociferous and thankful. Russell bundled the microphone into Ron’s hands when he ran out of gratitude to express, leaving Ron to state that nights like this inspire them to keep going. Every show must come to an end, but let’s be grateful that Sparks carry on, as unstoppably, absurdly and genially as ever.