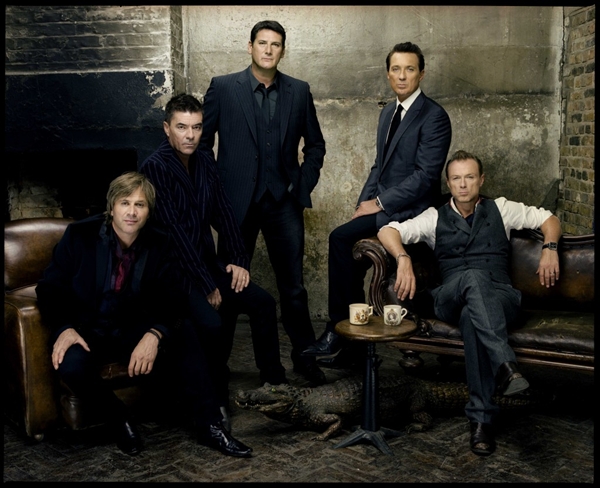 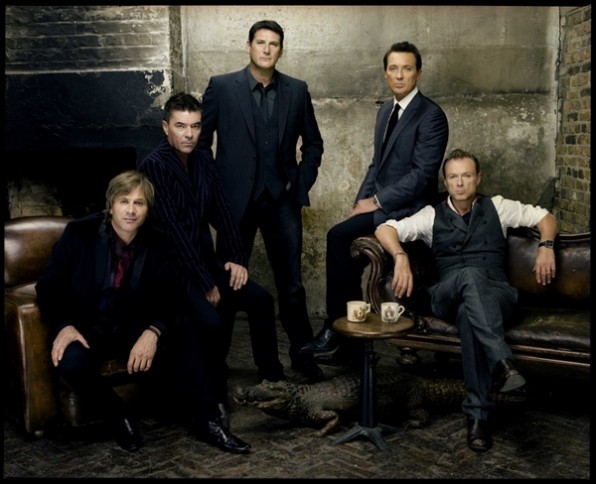 Says the press release: ‘The Story…’ is the ultimate Spandau Ballet album … so far.” And says’ Fat Gay Vegan … well, I’ll let you read on to find out what our man with his finger of the pulse of pop past, pop present and pop future thinks of this release.

I challenge anyone to play The Story and not marvel at how many bloody great pop songs Spandau Ballet churned out. Single after single is crammed into this retrospective that reads like a greatest hits of the 80s. The musical journey of Spandau Ballet is mapped out across a collection that makes for fascinating listening. It details the growth of the band from a rather stellar New Romantic ensemble into a painfully middle of the road band in 2014, via a dazzling high point stuffed with perfectly crafted pop anthems released in the mid 80s.

The handful of early career tracks from the band are exquisite examples of music from the period. Plenty of people lived through the Blitz clubbing period and came away with little more than photos of bad haircuts. Spandau Ballet emerged with a set of atmospheric proto-pop songs perfectly encapsulating the scene. It was only a few weeks ago that I witnessed an entire bar of people dancing along with To Cut A Long Story Short, evidence of the listenability and longevity of what was created all those years ago.

As the collection morphs from the New Romantic phase into the singles from True, we witness a seismic shift in the output of Spandau Ballet. Chief songwriter Gary Kemp swaps the swampy and murky underground sounds of new wave for shameless, straight up mainstream and he displays an impressive and masterful command of the genre. It is no surprise soul-laced pop classics like Lifeline, True and Gold rocketed the band to international success.

This musical awakening for Kemp feels like something of a masterstroke and definitely set the tone and pace for what was to follow. The band members were growing (personally and musically) and the hit singles came thick and fast over the next few years. Only When You Leave, I’ll Fly For You, Highly Strung, Round and Round, Fight For Ourselves and Through The Barricades are timeless. Well, almost timeless.

This is where I burst my praise bubble.

I absolutely cringe at the saxophone solos splattered across these otherwise pop classics. If not for this wailing and misplaced instrumentation, Spandau Ballet would have produced songs hard to ignore in any era. The partnership of glorious pop melody and vocal is time and time again splintered by the playing of Steve Norman. Maybe some people enjoy the sound of the saxophone on these tracks but I can’t help feel it unnecessarily drags sublime pop music into the realm of Miami Vice soundtrack.

This leads me to Tony Hadley. The man out front with the velvet voice was in his element at a time when even the most dizzyingly-successful pop stompers were tinged with melancholy. Pop music used to have a conscience and Spandau Ballet didn’t need to sing about sexually-exploiting women like many ‘man bands’ do today. Like a lot of mainstream acts of their day, the band brought a certain sense of sombre emotion to the table and I believe it is all about the vocal delivery. The best Spandau Ballet tracks find Hadley crooning, not simply singing.

But there is a but. It isn’t just the saxophone that tarnishes this set of pop songs. Politics matter in pop, or at least they should. I want my pop stars to be fighting the fight for the common person, not just for their own bank balance.

The Spandau Ballet legacy is not without discredit in my mind due to two facts. First of all, three members of the band attempted to sue Gary Kemp for part of his songwriting royalties. They lost. Secondly, I do struggle these days listening to Hadley croon about self-identity and emotional challenges now that I know he is a rampaging Conservative. Call me old fashioned, but I like my pop idols to be somewhat socially progressive when it comes to politics.

The members of Spandau Ballet seem to have put all of their differences behind them as they move forward promoting The Story with a world tour next year. If listeners can do the same and ignore the unpalatable parts of the band’s backstory (and the dreadful new tracks that sound like Gary Barlow b-sides), they will be rewarded with some of the best pop songs to be created in the UK during the 1980s.

Available to buy at these links: