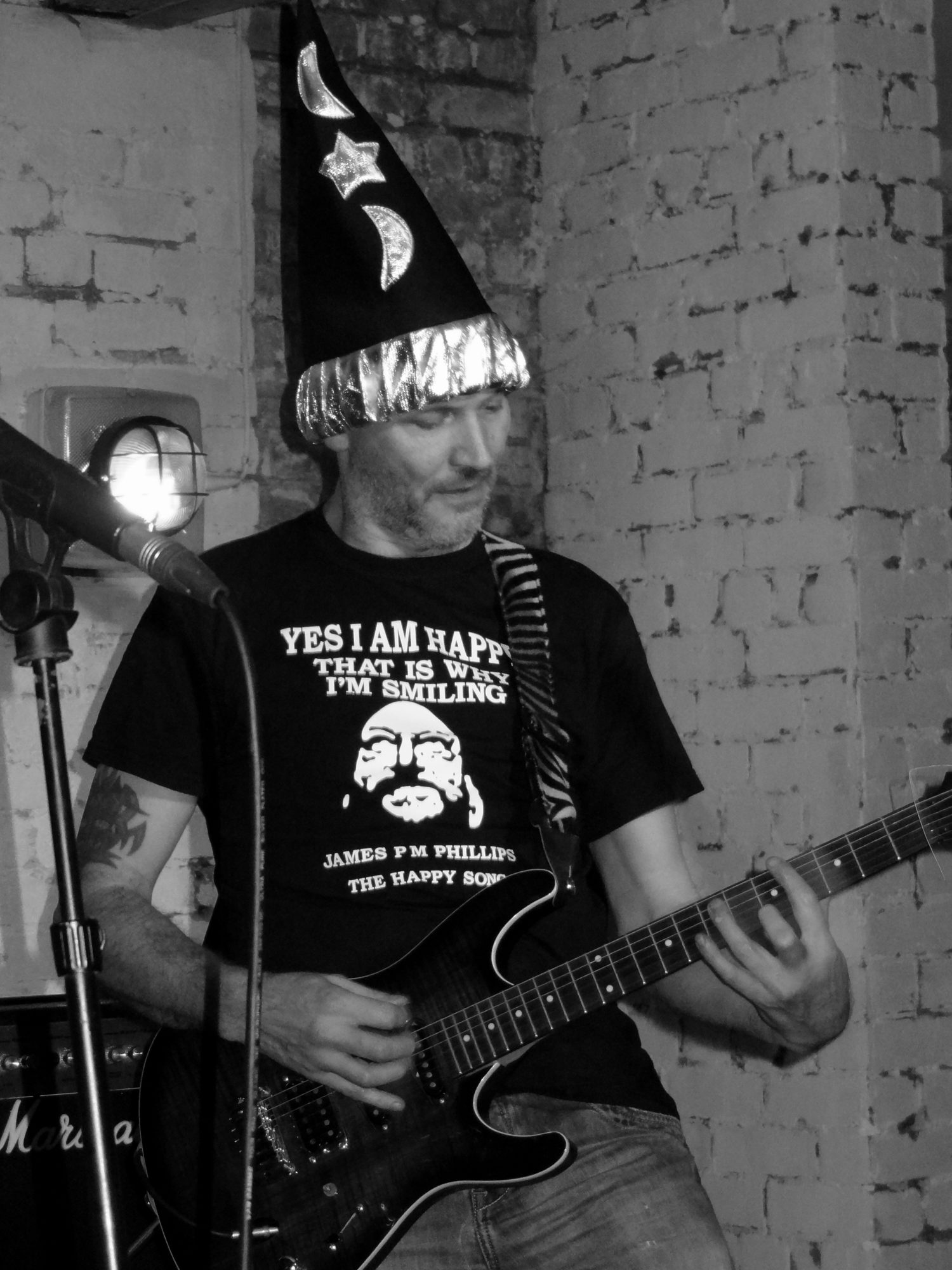 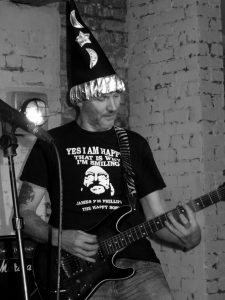 A subterranean basement is an ideal location for the sub-hard core sound of Spam Javelin, the delicately named Nth Wales 3pc who tonight appear with a differing line-up to my previous encounter; still fronted by founder Crud, the band step onto the low Sound stage, to be gruffly introduced by Crud before he dons a Poundland wizard hat, and with a nod to bassist Tracey Howarth launches into an onslaught of frankly psychedelic hardcore rage splattered with wanton expletives that warms the inner child in all present;

Despite being hampered by some ropey acoustics, Spam Javelin attack the job in hand, delivering a ferocious set drawing from their previous EP’s ‘How Can You Die When Your Already Dead’ and the becoming an anthem ‘Nazi Line Dancer’s…Fuck Off’ each song being humorously introduced by Crud – the aforementioned ‘Nazi’s’ stemming from an encounter with a set of Rhyl based line dancers who turned down Crud membership application as he wasn’t a supporter of the Führer.

Spam Javelin deliver raw, uncompromising hard core; it’s a basic unsettling sound matched by obscenity laced lyrics, I reckon every song title has at least one “fuck” in it, on occasion we even get a “fuck” within a “fuck” and a few Welsh language barbs thrown in for good measure; Cruds delivery is riddled with urgency and anger that compliments the bands undeniable barrage of sound – there is little refinement, most of the songs are way too short to include such excesses as a breakdown, there are no blast or D-beats; however the basic song structures, and guttural lyrics ignite the modest crowd.

Spam Javelin deliver fast, straight forward, frenetic hard core…and do it very well, not to mention leaving the crowd with a smile on their faces.