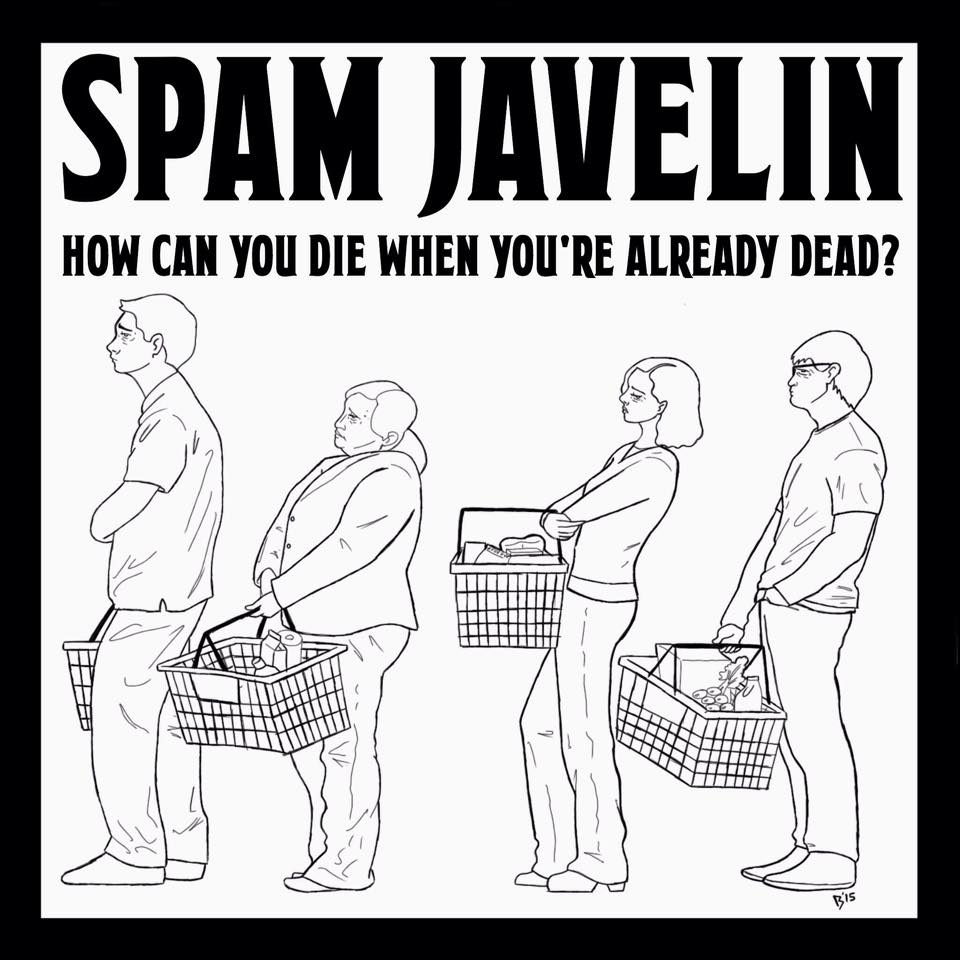 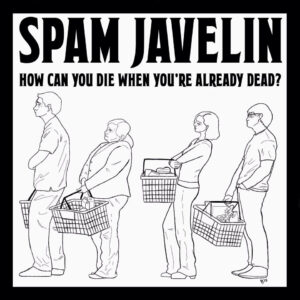 You would have thought living within the foothills of the magnificent Snowdonia mountain range would induce feelings of all-round contentment; waking each morning to see the sun clamber over the 3560ft Snowdon peak; the clean air, the pure mountain waters…clearly none of this is enough for Welsh agitator Neil Crud, founder and frontman of the delicately monikered Spam Javelin.

Subtle names are a speciality of Crud, his previous bands include Braxton Hicks and 4Q; prior to this he ran the CRUD fanzine between 1986 and 1996, advising readers to shoplift Sainsbury’s, to ‘Be warm, be wise, be an arsonist – buy a box of matches and keep yourself and the fire brigade warm for the evening.’ – such advice resulted in national press attention with the Greater Manchester Fire Chief appearing on Jimmy Young’s BBC Radio 2 programme condemning the fanzine. In April 1990 he ran a page called Crud’s Crude Corner inviting readers to send in the ‘Crudest phrase you can think of and we’ll print it cos we don’t give a toss.’ Record shops selling the fanzine in North Wales were raided and the owners were charged under the Obscene Publications Act. Neil Crud was also arrested and charged on three counts under the same Act and around 500 copies were seized…clearly Crud has a history of being a tad agitated!

Spam Javelin is his latest musical project, you won’t be surprised to know that he has not delved into his inner acoustic tranquil self and conjured up any ambient vibes fuelled by chakras and ley lines; opener ‘Ghetto Scum’ is built around an infectious grinding guitar riff that drags you down into a swirling mire of cloying darkness, the lyric is delivered with measured contempt before the entire thing collapses in a squall of feedback…’Fuck Off’ as befits the title is brutal , a blast of shattering intensity and denseness, as Crud’s ragged ‘Fuck Off’ shriek tells you just how his mood is right now; his targets include those particular denizens of Shoreditch ‘Top Knot Go Fuck Your Wife’ kicking the imported cereal munchers square in the bollocks with a vicious buzz-saw splatter…Mr Crud is clearly incensed – his voice full of emotive rage as he vents his spleen, before the ear-mashing pandemonium of ‘Fucking Jerks’ literally nails your head to the floor, a hardcore noise thrash…be afraid; Crud is now seething – the lyric a mouth-frothing and rabid tirade.

The title track ‘How Can You Die When Your Already Dead? Closes the EP, a looping riff builds before bursting forth into an upbeat blast with a neat sonic whine that drops away to allow the question to be wailed before ending in a bloody, damaging crescendo… perfectly executed, Spam Javelin pour blood, sweat and furious, raw energy into this uncompromising masterpiece; you need this EP now, and maybe just maybe – if enough copies are sold Mr Crud might exorcise the demons he is clearly plagued by.