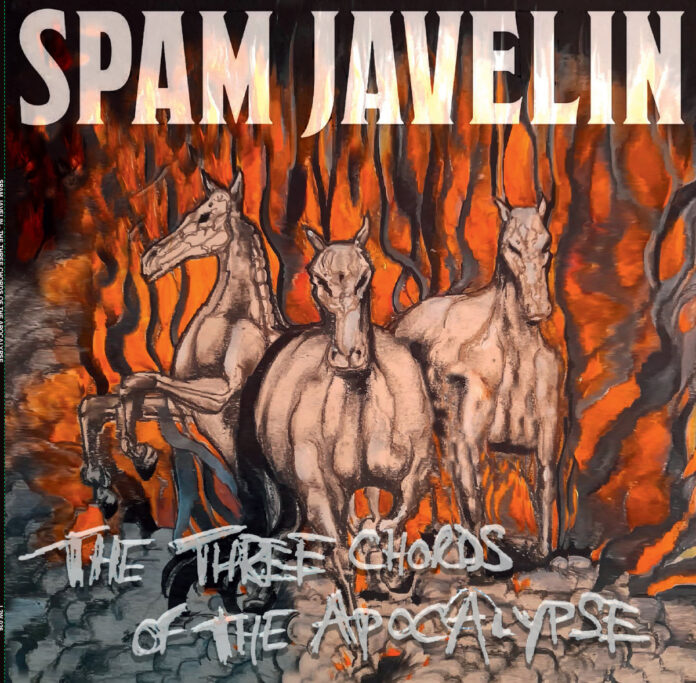 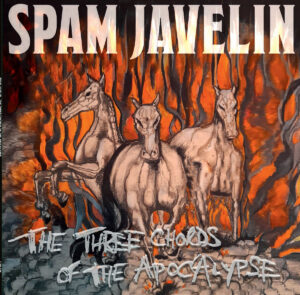 North Wales based Spam Javelin have announced details of their forthcoming album; entitled “The Three Chords Of The Apocalypse” the release follows their 2019 album ‘The Crack Whores Of Betws Garmon’, which is available at the Louder Than War Shop (CD & LP)

The fifteen track album will be released via Link2 Wales Records on the 29th January 2021, the album available on CD and limited orange & black splatter vinyl is available to pre-order now via the bands Bandcamp profile.

The album includes the track ‘God Bless America’ which was inspired by the bands attempt to tour the USA in August 2019 – they were stopped upon arrival at Minneapolis Saint-Paul International airport, questioned and then deported. LTW reported on the incident at the time (LTW News)

The band have a number of gigs booked, primarily an appearance at Punk Fest 4, which is being held at The Boulevard, Wigan on Saturday 30th January 2021 when they appear alongside The Mighty Bossmags, and Dead Objectives amongst others – Advance tickets are on sale now.

Head over to the Bandcamp page to preview the tracks and place any advance orders.