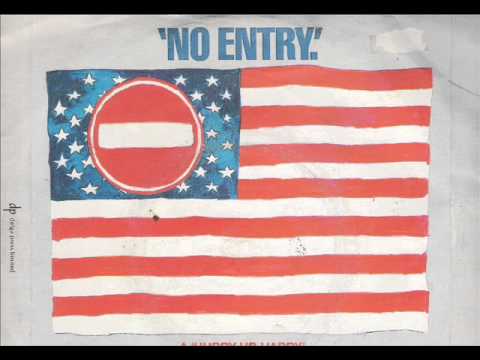 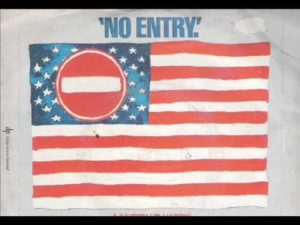 UK hardcore band Spam Javelin detained by US Customs and deported on eve of US tour:

Spam Javelin, who have recently released their debut album ‘The Crack Whores oF Betws Garmon’ were detained yesterday; 15th August by armed US Immigration Officers as they attempted to enter the country at Minneapolis Saint-Paul International airport.

The 3-piece North Wales sub-hardcore band were set to play four dates in the USA, beginng that night at Mortimer’s in downtown Minneapolis as tour support for US based Coolzey; sadly US Immigration had different ideas.

Ahead of the tour the band members had looked at the cost of obtaining a US work permit, and had found the exorbitant costs to be prohibitive, in addition the application proocess is hugely time consuming with no assurance that despite the costs involved access would be granted or cost reimburrsed.

As such the band took the decision to tour covertly, arranging with a US musician to borow every piece of equipment, they were not being paid for any of the four confirmed dates, merely hopiong to be provided with food, beers etc. With the dates confirmed, flights were booked and the band set off, landing nearly 12hrs later at Minneapolis to be met by officers from Homeland Security.

Frontman Neil Crud describes the unfolding events, “We travelled with absolutely no equipment. Not even a plectrum. All gear was being provided” 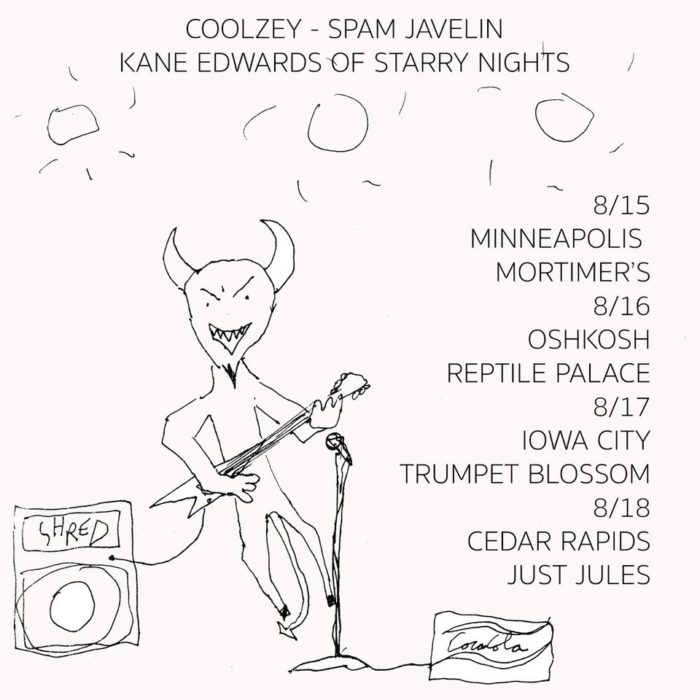 Whilst waiting to pass through Passport Control Neil and the band members were forcibly detained by Security Officers, he described to LTW “We were taken into a room. Tried to blag it first, but they knew everything. They said bands try this all the time… They have a computer algorithm that picks out people travelling together and for security reasons it searches your affiliations” adding that the band were advised that “This is for security reasons” however Crud’s view is that “they also use it to fuck small bands.”

Crud recounted the brief conversation during which Security officers stated that despite the fact we were only getting expenses, “other people would be profiting from our performance”.

Crud’s view being that “this basically stops any small band playing as they can’t afford working visas…playing 4 gigs is obviously a threat to their national security!”

As part of the security process each member of the band was questioned and had to provide their fingerprints, Crud spoke about an implied threat “I was told if I didn’t tell the truth I’d be in jail… they knew everything!! The dates, my nickname etc!!” Despite Homeland Security stating their actions were based on possible security issues none of the bands luggage was searched at any time. 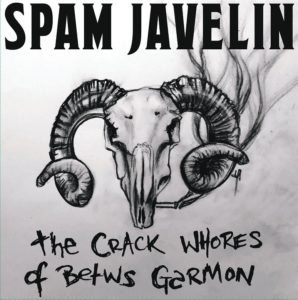 Following interview and identification processes Crud describes the bands exit from the USA “They put us on a plane in 45min to Iceland!! Fuckin Iceland…!!! Had to fly to Copenhagen this morning to get home…” however it seems the bands reputation had also stretched as far as far as Denmark “Went through customs at Copenhagen later and they asked how long had we been together…! Big brother knows everything because its all online…” commented Crud.

As for future US dates, they now seem unlikely, and even a visit to the land of the free seems in doubt “We won’t be able to return to the US even as a tourist unless we apply for a working visa.” said Crud adding “You cannot even do voluntary work in the US without a working visa. And its scary that they just picked us out of the queue before we got to passport control.”

You can see Spam Javelin at Crafest (Phase One, Liverpool) on the 25th August; when they play alongside Healthy Junkies, Salt The Snail, ale Rider and many More. Advance tickets are available now, and again at the Free Rock’n’Roll Festival (Sound, Liverpool) on the Saturday 14th September.

The LTW Shop is currently stocking both CD and Vinyl edition of the album ‘The Crack Whores of Betws Garmon’ – Order HERE.