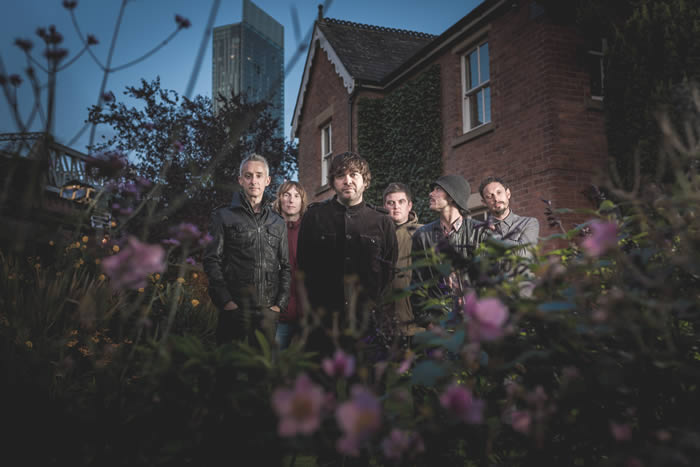 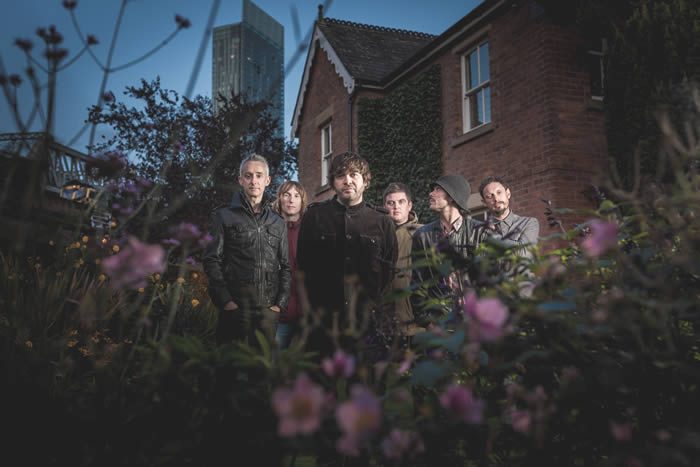 The Space Monkeys will be performing their landmark album The Daddy Of Them All in its entirety on 4th November at Manchester’s Academy 3 exactly twenty years after its release. Louder Than War’s Nigel Carr caught up with frontman Richard McNevin Duff to discuss the release, the anniversary gig and the band’s new material.

Louder Than War: The Daddy Of Them All is one of the true great albums of the last twenty years – as the last release on Factory (Factory Too) how did you feel at the time when you realised that not enough promotion was going in to it because of Factory’s financial difficulties?

Richard McNevin Duff: Tony Wilson came to see us play at a snooker club in Bury in 1995 and after the gig the first thing he said to me was ‘I want to sign you. I can’t make you rich or famous but I promise to let you make the music you want and we will have a lot of fun’. Literally the first thing he said, not ‘hello’, or ‘can we have a chat’. I replied ‘Where do we sign?’. That was pretty much it and he sped off in his jag before it got nicked. So we knew the score from the start and we were never into it for any of that anyway, we just wanted to make a great record and have a good time. And Tony was true to his word, we had a lot of fun and we got to make the music we wanted which we are all still very proud of 20 years later. If he hadn’t taken the time and effort to come down on his own to this strange gig in a rough backstreet club then we might never have got the chance to make the record and tour the world and do all the great things he helped us to do. So no complaints from us about anything to do with Tony or Factory. We loved the man because he believed in us and gave us a chance.

The impact of the release could have been so much greater on both sides of the Atlantic?

In the UK it was Factory Records Ltd. We set it up as a 50/50 deal with Tony. There was us, Tony & his assistant and between the three of us that was the record label. We used to have weekly ‘label/band’ meetings and just talk about United and what was going on at the Hacienda and have a laugh about stuff and argue for hours about Acid House Smiley Faces. Tony hated them. Then we signed to Interscope in the US and it was suddenly like we’d turned into U2 and we were a ‘proper’ band, we just thought it was all funny. They picked us up in a limo from the airport and stuff, first time any of us had been in a limo. They spent $200,000 on a video for Sugar Cane and it got in the Billboard top 40, was played all around the world and helped us sell quarter of a million records so it was crazy for a while. But you have to pay all that advance money back before you earn anything so we are still in debt to this day for that one video. Very ‘Factory’ if you think about it. But we weren’t in it for the money. We got to tour America & Europe twice and see some of the greatest cities in the world so we were blessed and we were doing what we loved which was playing our music to people. That’s what it was all about to us. Still is.

Where does the title of the album come from?

‘The Daddy Of Them All’ was a lyric from the secret track on our album ‘Awaiting Mr Crow’ which was the last song I wrote for the album. I’ve only ever played it once and that’s the version that we recorded and used. It was a song about the Devil claiming Jesus was really the bad guy. It was 12 verses long with a chorus full of obscenities bordering on blasphemy. So obviously, Tony Wilson, our record label boss, wanted to release it as a single in Bible Belt America just as we were starting our tour over there. Just to spice things up a bit. I wish we’d let him now.

It’s a very much a mixed album in terms of musical style; rock, dance tracks mixed with slower ballads like Sweetest Dream. Is there a theme/concept holding it together?

The idea of Space Monkeys formed in 1990 when I met Tony Pipes working in Our Price Record Shop in Bury. He was into Hip Hop and I was into bands like the Roses and the Clash and in between we were both into the Mondays and 60’s stuff like the Doors & Hendrix. The manager of the shop was Pete Garner, who had just quit as bass player of the Stone Roses a couple of years before who had an unbelievable knowledge of great music. Pete introduced us both to stuff like Arthur Lee’s Love, Funkadelic, Nuggets Psychedelic 60’s Compilations and Northern Soul and Acid House. We also used to go to DJ Dave Booths Hangout club at Isadoras where he’d play a mix of all of the music from above. So the band evolved from that DNA really and when we finally got the chance to make our debut album we just threw all our favourite records on the studio floor and into the mix and tried to make something original. We didn’t have any rules of what we could or couldn’t do we just did it. And we had a genius producer, Johnny Jay, who helped us achieve the sound we had in our warped little messed up heads. 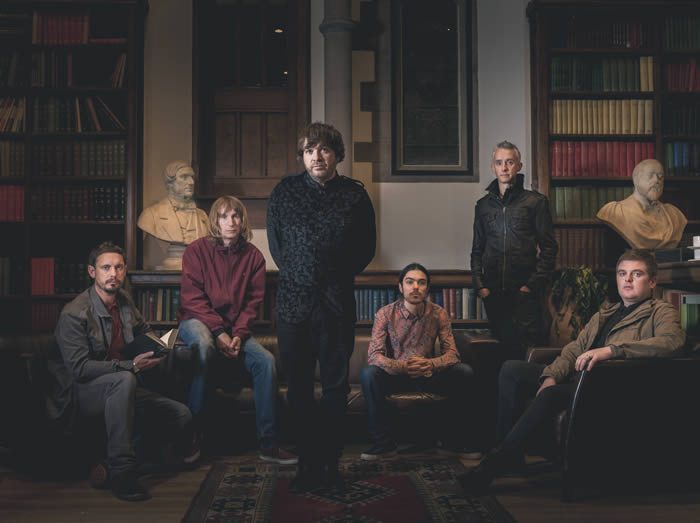 What’s are your personal favourites tracks on the album?

‘Blowing Down The Stylus’ and ‘Dear Dhinus’ because they both sound unique to us and what we were trying to do in 95/96 when we recorded them which was to do the exact opposite to what the rest of the country was doing, all that Britpop shit. We hated all that.

It’s very much a ‘Manchester’ Album but where/from whom were your influences coming from at the time?

The Manchester thing really didn’t help us. Everyone in London, the NME, press, TV etc still sneered at Factory and were quite vicious about Tony Wilson at times, laughing at the demise of Manchester & the Hacienda. I always thought the London media patronised Oasis and took the piss with the way they exaggerated the working class/football hooligan thing like they were some kind of toy of theirs that they could throw away at any time they wanted. Oasis had the last laugh thankfully and are still laughing. But yeah, back in the day our influences came from the new records we were buying, Biggie Smalls, Wu Tang Clan, DJ Shadow, Chemical Brothers, lots of modern music whilst the NME were still listening to the same old safe indie rubbish like Menswear and Sleeper. No offence to either of them. But they were rubbish.

I know that 20 years is a significant milestone but what prompted the decision to showcase the album and do you have any plans for a The Daddy Of Them All 2?

We wanted to celebrate this album one last time really before moving on to the next chapter. We have been writing and recording a new album which is sounding really good, we are looking to do a Pledge Music thing soon to get funding together to get the record finished and released next year. And then we’ll look to tour with a mix of old and new songs. You can’t keep just playing the same old songs. You’ve got to keep moving forward.

I think people will be surprised by the quality of the new songs when the new album is released. It sounds like a 21st Century offspring of ‘The Daddy Of Them All’. I like the fact that people like Noel Gallagher and Paul Weller have started experimenting a bit more with beats and samples. We were always into that philosophy back in the 90’s and we were inspired to do that by records like ‘Fools Gold’ and ‘Screamadelica’ so to me that’s the way everyone should make music – with an open mind and a large record collection on the studio floor. And a smiley face.

In 2018 Space Monkeys will release their first new music in 20 years as they are currently putting the finishing touches to a new album. We can’t wait!