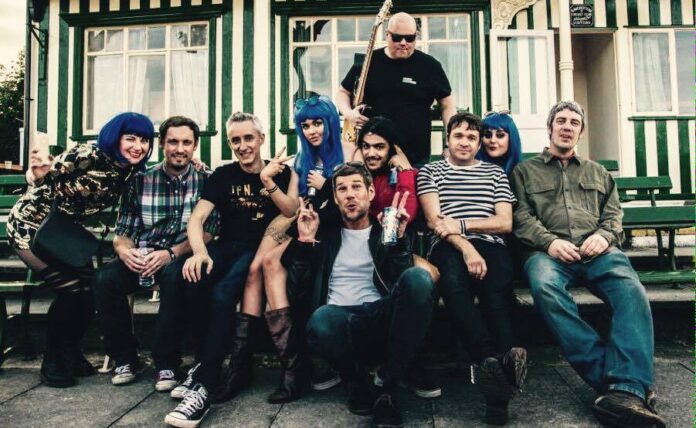 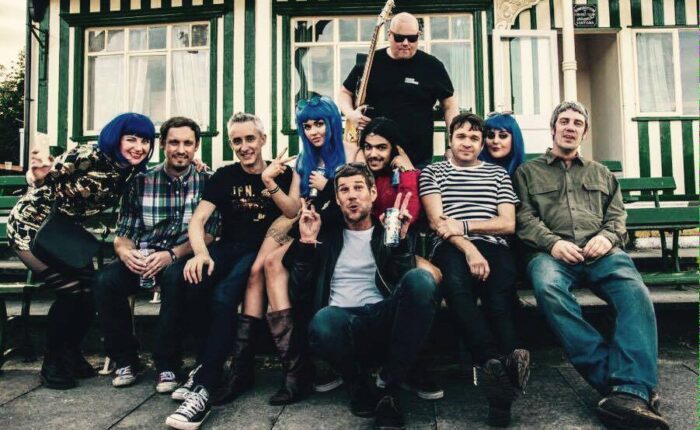 Space Monkeys are back and they are doing a series of intimate gigs for the first time in 15 years. They were the last band ever to sign to the legendary Tony Wilson’s Factory label and selling over 250,000 copies of their album The Daddy Of Them All, and I feel privileged to join the band as me and my friends get backstage passes for their gig at Ramsbottom Festival. We all decide it would be rude not to get our blue wigs and glitter out.

They open up with personal fave Acid House Killed Rock And Roll and it immediately has everyone dancing. There are good spirits in the air as glitter flies everywhere and people start throwing bananas about. Someone actually threw a banana on stage and McNevin-Duff caught it with one hand then ate it, Rock n Roll. The standout tracks of the night for me were Let It Shine and Keep On Tripping On.

It was certainly an evening of madness, happiness, crazy dancing and nostalgia for many. 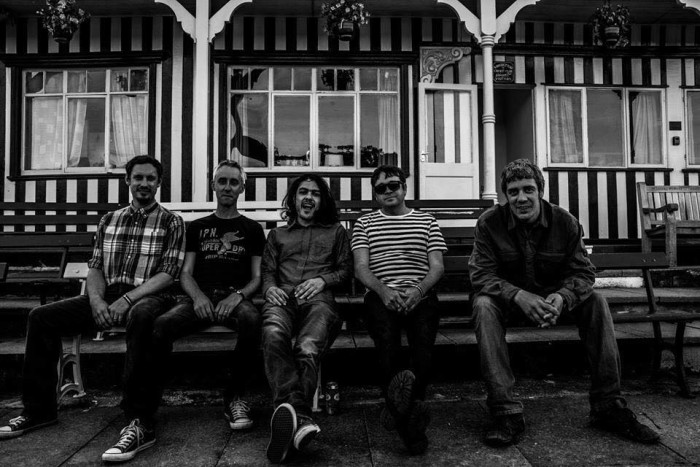 You can see the band at Sound Control on Saturday 24th October. Tickets are £10 and can be purchased here…https://www.soundcontrolmanchester.co.uk/events/space-monkeys/