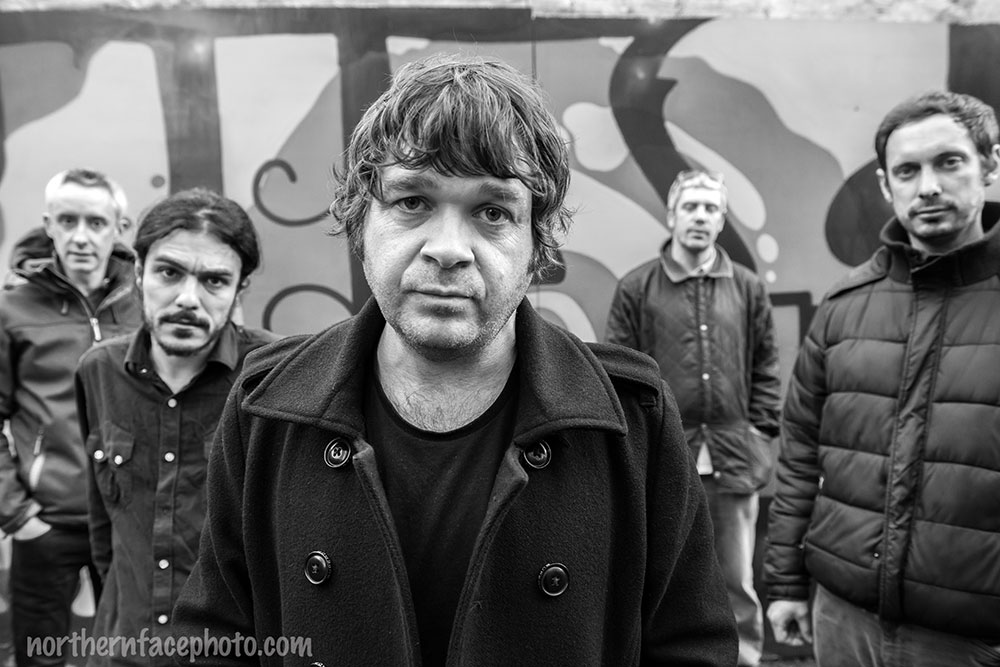 The Space Monkeys Interview And Rehearsal

The Space Monkeys were formed in 1995 in The Middleton area of North Manchester; their sound , often described as Baggy with references to Acid House is more of a coalescence of the tripped out Hip Hop of mid era Beck, The Stone Roses and The Happy Mondays. Nigel Carr caught them in the middle of rehearsals upstairs at The Band On The Wall on the top side of Manchester’s Northern Quarter. Photos by David Gleave and Video by Kallum Nolan.

Reformed at the end of last year and playing their first gig at the Shiiine Weekender at Minehead in November, the band is playing a select number of dates over the next few months including a headlining gig at Manchester’s Gorilla on May 14th. The current line up is: Richard James McNevin-Duff (Rick) – guitar and vocals, Dom Morrison – bass, Chas Morrison – guitar & percussion, Neil Walsh – drums and Aza Bombaza – DJ.

Picked up by Tony Wilson and signed to Factory Too they released their first album, The Daddy Of Them All in 1997 which coincided with the imminent collapse of the label which was being funded by London Records at the time. It was running out of money fast! Rick: “We signed to Factory for the same reason that everybody else signed to Factory, that nobody else wanted us!” The band released two singles with the label before laying the album down with producer Johnny J at Rockfield Studios in Monmouthshire. “Then London dropped Factory so they dropped Tony and came to the end of their deal and it was just a parting of the ways.”

The label gave the tapes to the band who took them back to Tony for help in getting it distributed which lead to a deal with Interscope who eventually put it out. “Tony got excited again and the old independent thing started running and he connected us with a lot of people, America, other places, and a lot of doors opened for us.”

Lead guitarist and chief songwriter McNevin-Duff has a deep love for classic sixties songwriting which is evident across the album but particularly on more acoustic tracks like Sweetest Dream. “My number one influence is Bob Dylan, you know? and John Lennon and all that kind of style you know?, our DNA whatever, things like the Doors, Dylan, Beach Boys, The Beatles, all the classics and then later the more modern stuff like The Bunnymen, The Cure and The Stone Roses. The bulk of the album was written on acoustic guitar even Sugar Cane which turned in to some kind of Hip Hop.”

Trip Hop classic Sugar Cane was released as a single and reached number 58 in the US helped by a video that was produced by legendary photographer David LaChappelle, purported to have cost £100,000 and the album itself went on to sell over 250,000 copies.

The band were talked in to getting back together by Ritchie Carr, one time owner of Middleton’s Carson’s Bar. Rick: “He got me drunk one night, gave me free drinks and said ‘I’ve heard you’re thinking of getting the band back together?’, but I’d already been approached by a guy that I know who’s a top promoter who runs the Shiiine Weekender, he said ‘look, love your band, people want to see the band again, just come back and do this, if nothing else just do this.’ I was like, ‘Who’s playing?’, and he’s said The Happy Mondays, 808 State, The Farm, The Real People.” 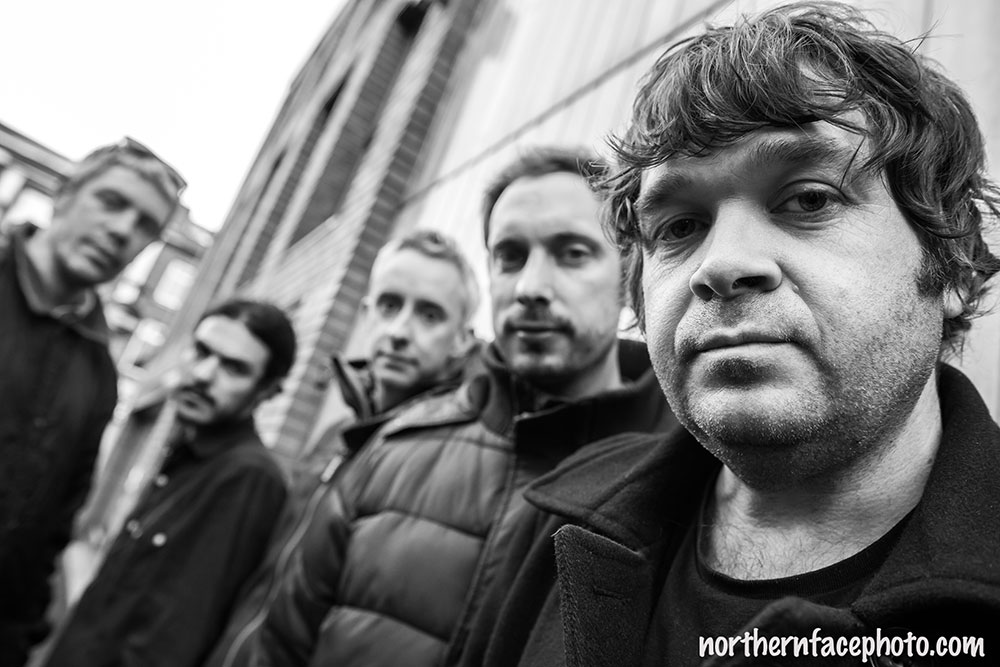 What comes across in rehearsal is just how much fun the band are having playing together. The sound is tight and formed with Dom Morrison’s driving bass underpinning the tracks and Chas’s drums ricocheting around the room. The sound is overlayed with Neil’s guitar and Aza’a samples and keyboards adding richness and depth. Rick’s vocal floats delicately over the top.

Dom: I remember being into drum and bass and that, you know? the old jungle, I love deep house and bass lead music… I love bass, I just love bass…!” Chas: “ I was a bit of a rock drummer that’s how I’d grown up and when we took the tunes in to the studio we’d listen to hip hop tracks, we’d listen to house tracks and drum and bass tracks and they’d get translated into loops and I’d play along to some of those loops and live, I just love twatting the drums as hard as I can!

The band have a deep affection for Tony Wilson and the help that he gave them in the early days. Rick: “He a legend and it’s great that he is being deified, it is great he is getting credit that he deserves, you know his impact on music?, not just in Manchester, but his impact on music has just been immense.”

Dom: “Tony Wilson deserves it man, he was like, a forward thinker, an innovator and he give so many people a chance? He was just ahead of the game like. I remember speaking to him years ago and he was telling us the about the prospect of selling your songs for like, 33p, like downloading MP3s way before anyone had heard of Napster or anything like that. I remember saying to him, ‘why do we need a record company then Tony?’ And he was like ‘fucking, exactly Dom, exactly!, you don’t, you can do it yourself’, and that’s coming from a guy that ran our label!”

Rick: “You look and the technology that’s there now that bands can record their own album on their iPhone or whatever, you can get it out there, you can distribute it yourself, you can do your own marketing, you can do everything and there are loads of bands, there’s like a saturation of bands but there’s no mavericks, there’s no Alan McGees there are no Tony Wilsons.”

The Space Monkeys are a great band and it was a real pleasure talking to them about their experiences; the highs and the heartaches of being in the right place at the wrong time. A classic Madchester outfit caught in Factory’s collapse and the aftermath. They are back, so try and catch them at one of their upcoming dates!