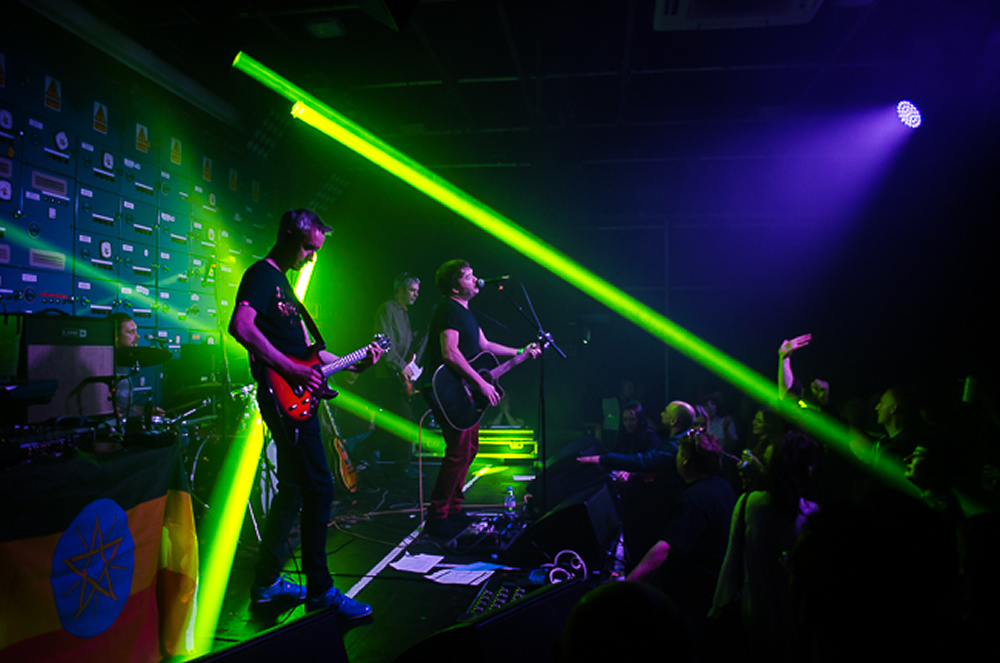 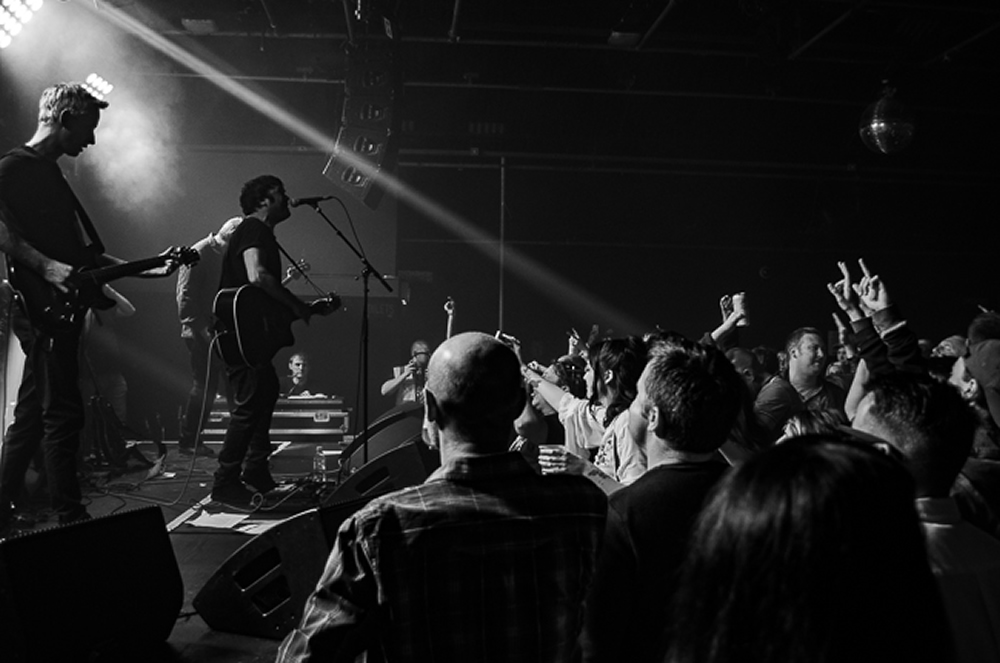 Middleton Alt Rock/Trip Hop five piece The Space Monkeys made a triumphant return to Manchester last night with a sold out performance at Gorilla. Nigel Carr was there to capture the event for Louder Than War with Trust A Fox taking photos.

Lost in the quagmire of Tony Wilson’s Factory label collapse in the late 90’s, the band reformed late last year to play a one of gig at November’s Shiiine festival. Tonight sees them hit the city for the first time, less than half a mile from the site of the Hacienda, their spiritual home.

Original member Tony Pipes has shot off to pastures new being replaced by Aza Bombaza who steps in as DJ, providing scratches, samples and keyboards. The rest of the line-up remains the same with Richard McNevin-Duff – Vocals, Guitars, Dom Morrison – Bass, Chas Morrison – Drums, Percussion and Neil Walsh – Keyboards, Guitars.

The gig has been a long time coming with the band being holed up at The Band on The Wall for the past few months rehearsing frantically. The audience is here to see the outfit that bought them one of the 90’s greatest but most underrated Alt Rock/Trip Hop albums, The Daddy Of Them All. It dropped right at the end of Factory’s life eventually being released with little marketing by Interscope back in 1997. Critically ignored but moderately successful, it sold better in The States than in the UK. It contains the huge club anthems Keep On Tripping On and Sugar Cane.

The band storm on to the stage to the squeals and wails of opener Acid House Killed Rock and Roll followed by Crash and Burn and immediately this hall comes alive. It’s a long time since the audience have heard these tunes and the anticipation in the air before the gig was palpable. McNevin-Duff takes centre stage in a glowing green wash of dry ice and bright white strobes as Dom Morrison stalks stage-right in shades and ¾ length coat, swigging from a bottle of JD. New boy Bombaza is hunched over his turntables, hugging his headphones to his ear whilst twiddling his knobs creating the crunching undercurrent that rumbles under these blazing openers. It’s a bass heavy rock out start to the show, loud as fuck and the core of this crowd at the front of the stage immediately start slamming to the familiar beats. 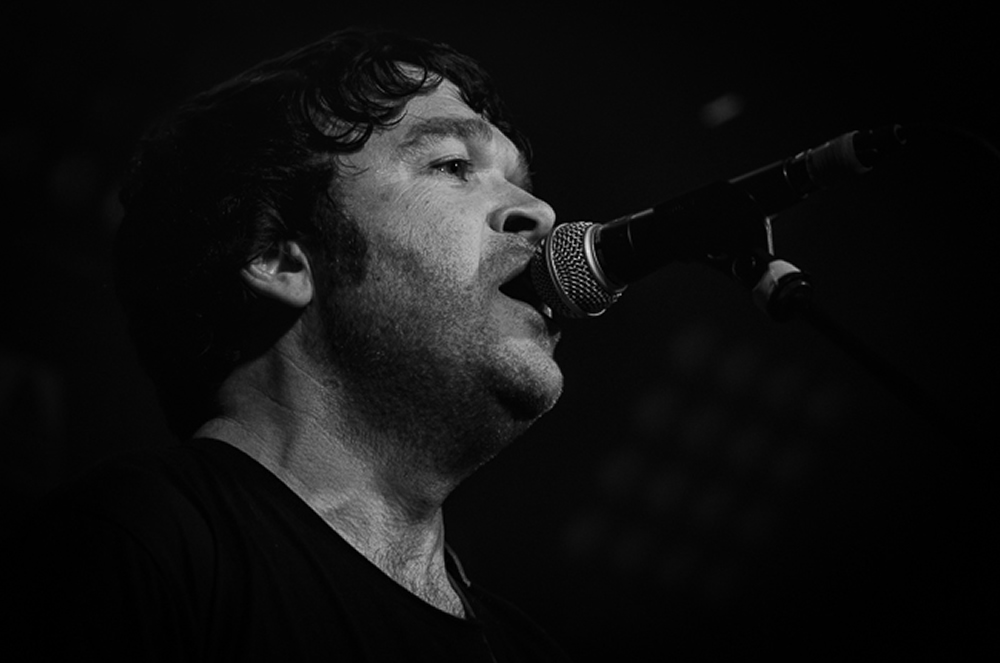 The tempo slows for Let It Shine, taking you right back to the dreamy sounds reminiscent of mid era Oasis and The Stone Roses. The performance is impeccable as all those hours preparing for the gig are not wasted. It’s warm outside and the sound seems completely appropriate; dreamy, light and breezy with McNevin-Duff’s fractured vocal tripping summertime-lazy over the top. There’s a beautiful moment at the end of We Are The Supercool; after the song has finished the crowd continues to sing the chorus which sees the the front man leading his fellow performers back in for an extended finish. It’s a perfect moment highlighting how completely in tune the audience is with the band. The singer giving a genuine, “Thank you that was lovely, nice”, from the stage at the end with the audience still singing on! That feeling continues into the anthemic The Sweetest Dream with the crowd all swaying as one, arms aloft.

Then they ‘re off again with McNevin-Duff dedicating the next song to the crowd who gave them the support back in the 90’s – “It’s gonna be a rum day for the dreamers, can you leave my bass player alone please?, he’s having fucking difficulties enough as it is!” (as the man in shades is hanging with the front of the crowd!), this is called Sugar Cane, Dom!” The crowd immediately bursts in to life in recognition as the most well known track spews forth and the whole hall is alive. Everyone Is dancing along to this Hip Hop classic with its Public Enemy sample and Sleng Teng inspired chorus. 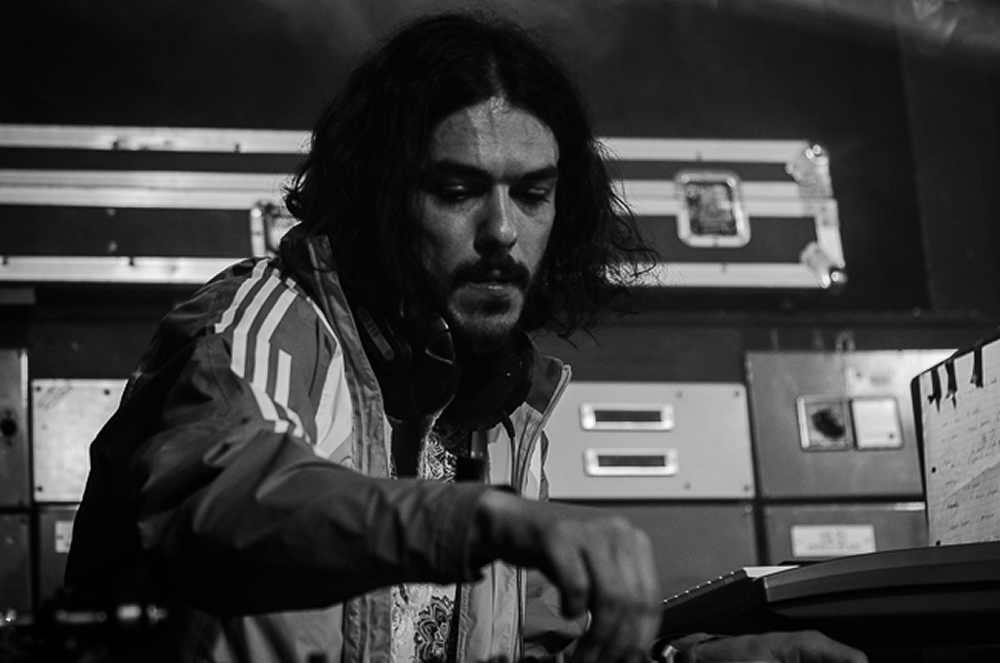 The band close with their first ever release, Keep On Tripping On with a heartfelt dedication to, “Our mentor, the maestro of Manchester music, Tony Wilson”, whipping up the crowd in to a frenzy before finishing with March Of The Scarecrows.

It’s a cracking performance from this cruelly under exposed five piece. It’s heart achingly beautiful in parts and rocking in others, a truly solid and punchy performance. OK, there are a few interruptions between tracks but the tunes are absolutely awesome; stunning tracks from a band that deserves to be right up there with The Roses and The Mondays.

McNevin-Duff wrote on the band’s Facebook: “Tonight we play a one off gig, could be the last, who knows?” I sincerely hope it isn’t. I want to hear a lot more from this amazingly talented bunch of men!