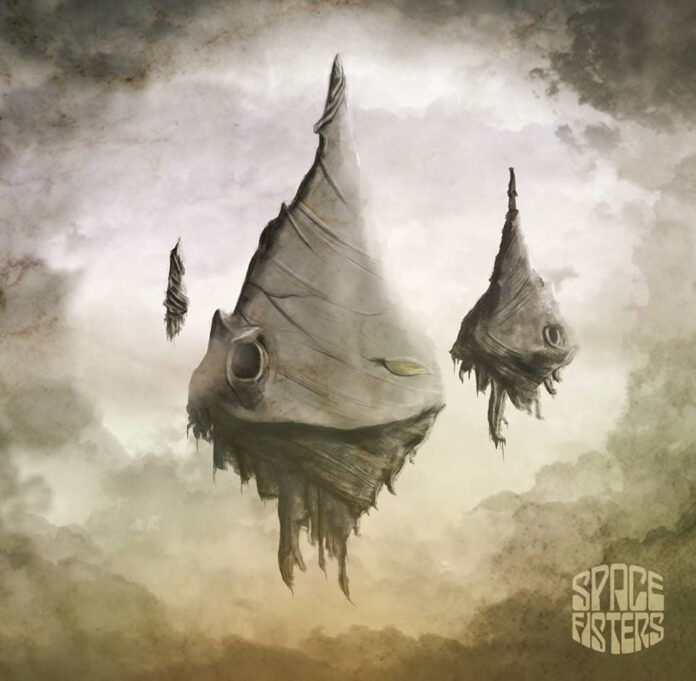 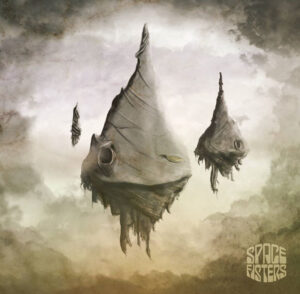 Drawn in initially by the name, Joshua Hart finds there’s actually much more to Space Fisters than just that as he reviews their new album.

We’ve been riding the vintage acid rock wave for too long now. Countless bands try and sound like Hawkwind or Iron Butterfly and it’s trite and boring and no-longer charming.

Luckily for Space Fisters (what a name!), a trio of mind-expanders from Cranves-Sales France, they’ve managed to avoid becoming another acid casualty by absorbing some influence from modern heavy music as well as some less-than-standard old-school influence. There’s plenty of Yes here, a band that’s just now circled back around to being cool again, but there’s also a solid helping of Earthless and Acid Bath in the mix. It’s potent and refreshing in a genre that’s growing continuously stale.

One trait from the trappings of new-vintage-psych rock that Space Fisters has so-dutifully held on to is immense song lengths. The entirety of Vol. 1 is four tracks, clocking in at over 30 minutes long. The challenge for Space Fisters lies in whether or not they can keep a listeners attention when every song is over five minutes long.

Well, they managed to do much more than keep my attention. Volume 1 is catchy, heavy, and thoroughly enjoyable.

Short Daze begins with a riff straight out of a trashy Italian spy movie before breaking into a complex, bass-led jam section. The vocals vary from straight-up biker rock grunts to Ozzy on Vol.4 and the guitar tone is fantastic, shimmering and yet crushingly heavy. The song ends with a monstrous mosh-riff, a reminder of SF’s roots.

Goddess of Love/Priestess of Pain is perhaps the weakest track on the album, but it still stands on its own merits. It’s the fastest song on the record, a rock n’ roll blowout in the style of Queens of The Stone Age. An obvious single if there ever was one.

Vol. 1 reaches its climax with the 14-minute epic Bozz.

Bozz sums up Space Fister’s intent with Vol.1 , captures every mood. Guitars stomps are apocalyptic, time jam sections more staccato and viciously funky. There is not one, not two, but three guitar solos. The decadence is palpable.

All words by Josh Hart. More from Josh can be found at his author archive.