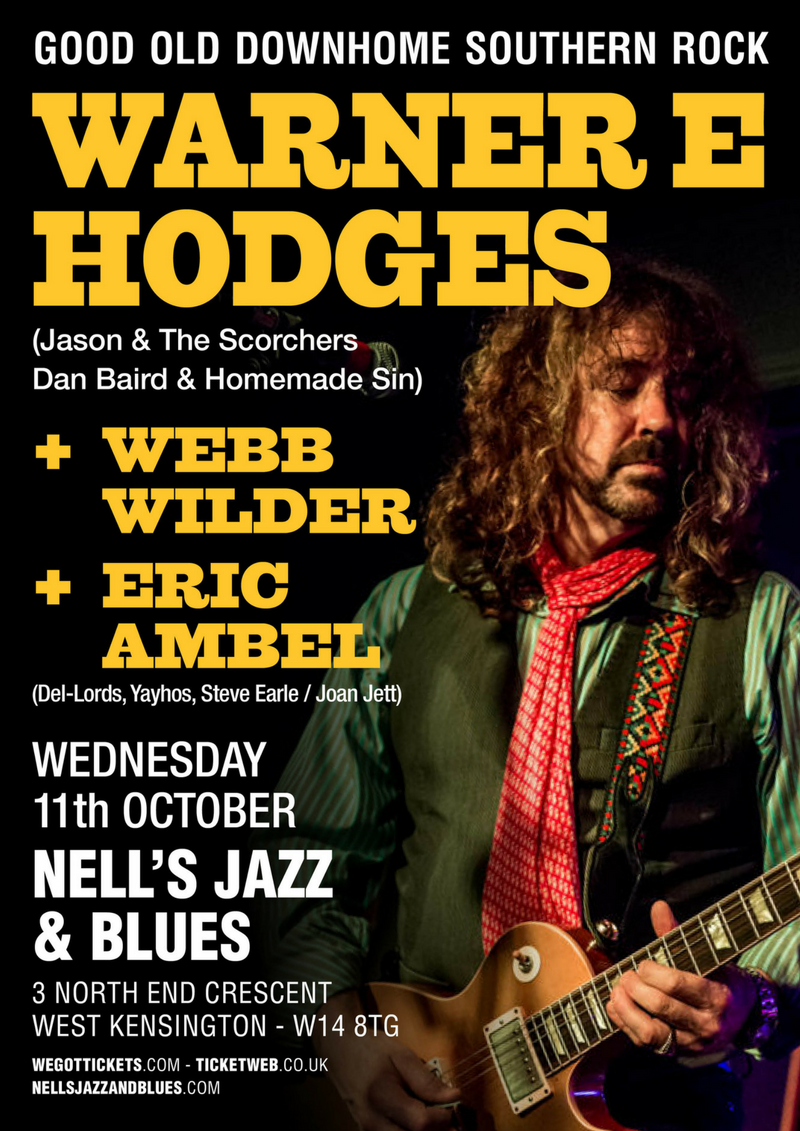 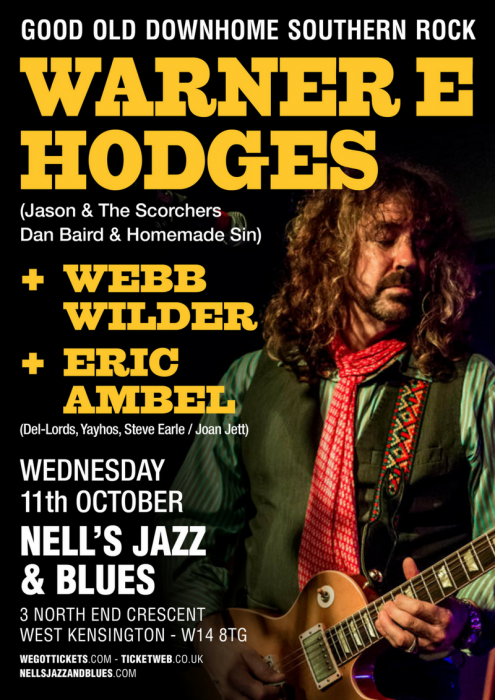 Southern rock guitar legend Warner E. Hodges is back with a new album titled “Right Back Where I Started”. Hodges. Rising to fame as the guitarist with Jason and the Scorchers, he joined Dan Baird’s post Georgia Satellites band Homemade Sin in 2009 while still playing with the Scorchers which probably makes him one of the busiest men in rock’n’roll !!! He usually plays some selected solo shows before or after his annual fall European jaunt with Dan Baird and Homemade Sin but this time he brings two excellent guitar players with him making it a tour not to missed for anyone who thrives on howling Gibsons and Fenders. First is Eric Ambel who has played with Steve Earle and Joan Jett as well as fronting his own band The Yayhoos that counted in its ranks none other than Mr Baird himself. The third gunslinger on the bill is “the last of the full grown men”, Webb Wilder. Webb used to be quite a presence on the European touring circuit in the late eighties, early nineties but after a few years away, he’s back in full force. Backing them will be the rhythm section of John Powney and Andy Dye in what promises to be a great evening of music at Nell’s Jazz and Blues.