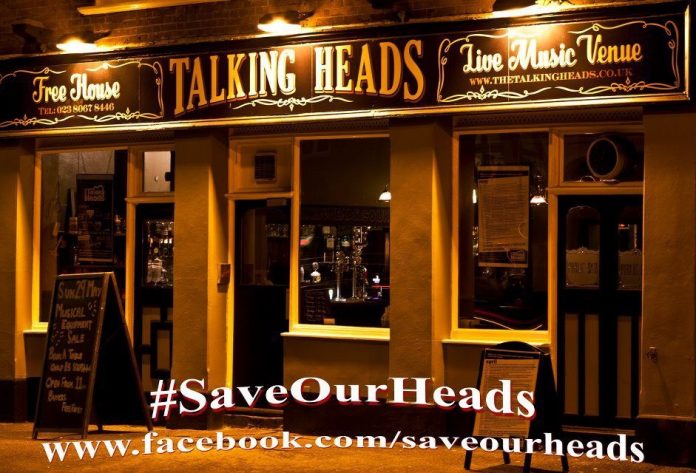 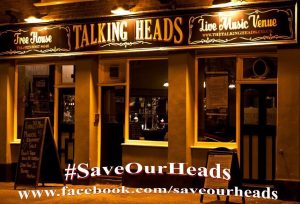 Instead of news of another small venue closing its great to report that Talking Heads in Southampton re-opened last night (Friday the 13th no less).

Despite an arson attack during the re-furb, the pub venue opened its doors as planned, attracting a capacity crowd (260). With its state of the art mixing desk, clean, fragrant toilets and beer at an astounding Ã‚Â£2.80 a pint the place was an immediate hit. New owners Martin and Guy intend retaining an eclectic musical policy putting on local folk, roots, Industrial, experimental, indie, rock and punk bands as well as Open Mic nights and visits from national and international touring bands.

The opening night saw great sets from The Horse with a unique upbeat blend of skiffle, ska, jazz and funk, The Flying Alexanders blazing punk rock’n’roll and the destined for big things, 21st Century blues rockers Stone Them Crows. Top of the bill were Blue Screen of Death who I missed due to sheer drunkenness. 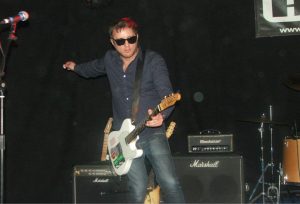 Perry of The Flying Alexanders

Upcoming gigs of note include Arp Attack 21st April, The Vibrators 11th May, General Fiasco 27th May and LTW favourites The Nightingales and Doyle and the Fourfathers on Sat 2nd June.