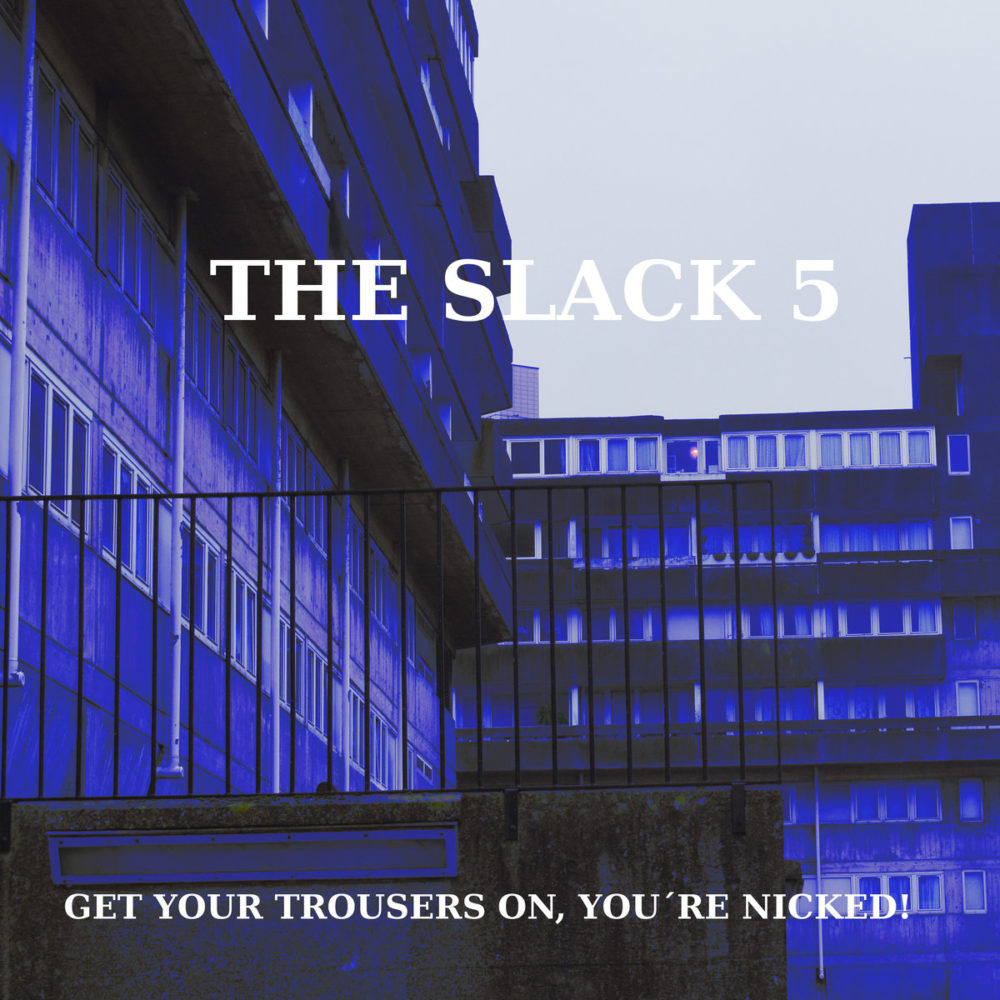 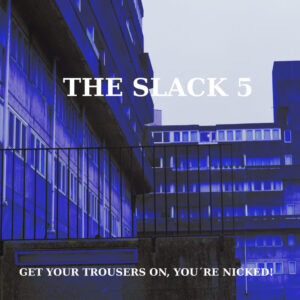 Ged Babey has been so busy with Bristol and Manchester bands of late, his home town talent has been neglected… he tries desperately to make amends.

Six months back  I presented to you just some of the bands my current hometown has to offer: Toreador, Superdrone, Bullybones, The Crow Flies & Marco.

Between then and now I reviewed the Lantern Parade EP and Mad King Ludwig‘s solo album and prior to that Dan O’Farrell & the Difference Engines album.  All great stuff, worthy of national attention… and here is more from the Jewel of the South: the city that never gets the credit for its underground talent.

THE SLACK 5  Get Your Trousers On, You’re Nicked  (Bandcamp)  12 song DL only album

Fourth album by seriously under-rated under-achievers The Slack 5, following up Slackopedia which I reviewed nearly two years back when I concluded they are “musically deft, lyrically witty, intelligent and melodic band who write far, far better songs than 95% of younger so-called Indie guitar bands”.  This is more of the same but with a slightly tougher grungey guitar sound, coming over as a cross between the Jam and REM at times and Wildflower Weller and early Stereophonics at others.

The Sweeney themed title track is a cracker, with its Jack Regan sample of dialogue (removed from the Youtube version for some reason).  Two novelty song swipes at Hipsters and ageing Goths – Hipstercrite and Goths On 45 – are a bit naff. Maybe they’d raise a laugh at pub gigs but come over as a bit smug rather than malicious.. ‘How many Goths does it take to change a lightbulb? None, they’d rather sit in the dark‘ is a cheap jibe at an easy target but at least they sing ‘You are a Hipstercrite and so am I’.  (I’m probably having a sense of humour failure as I’m a former Goth)

Donna – a song about meeting your true love at a Kebab shop is far better slice of real-life romance conveyed with a lot of wit. Please forgive me for my garlic breath / I want to be with you until death – a classic couplet.

Closer And Finally -is a melancholy epic about the age of fake news which proves the Slack 5 are perfectly capable of writing great songs with eloquent social commentary and neat tuneage.

Some great playing and songwriting on this album which would go down well on both 6-Music or Absolute Radio if only they’d give new bands without a PR team a chance.

James Inflames is a Pianist, keyboard instrumentalist, song writer, composer and arranger and member of the Lantern Parade.  The New Psychics Phenomenon are basically a collective of all of his musician friends from Southampton  – full information on all of them and the songs on this be can be found here.

‘I don’t know whether this will be your kind of thing..’ James told me.  He is a proper musician, not one of my old punk-rock acquaintances.

Well, after the Band of Holy Joys ‘A Beautiful Cat‘ being an obsession for a while I can fully appreciate a laidback ‘love song to a dog’.  My Dog Beau reminds me of the artful soppiness of Belle and Sebastian with added guitar noodles – but is irresistible innit?

Mountain Clouds is a dreamy piece of down-tempo -with an expansive sound yet intimate warmth.

Sail Away has the country-pop feel of Squeeze and features producer Paul Kenward on vocals. (I have a lot of time for Paul, a nice chap & a former teenage psychobilly who is not afraid to embrace his inner crooner and in this case Dolly Parton.)

The pick of the four tracks however is A Million Satellites which is pure featherlight Pop with a capital p. I can’t work out exactly why but it reminds me of the song in Black Mirror episode 15 Million Credits.-( I know, it sounds nothing like it!) Must be something to do with soulfulness versus superficiality…

Vocalist Jenni Casey is usually more of a busking punk/grunge artist who plays solo acoustic so its a real departure for her and not at all representative of what she does. It is brilliant, effortless vocal though (I hate to say!)

My abiding memory of ‘Chaos’ Casey, one drunken night at a gig was an exasperated stage whisper of  “Why does everyone wet themselves about getting reviewed in Louder Than War – it’s no big deal!”.  Right attitude.

James Inflames is a master craftsman and it’s an EP he and his collaborators should be rightfully proud of. 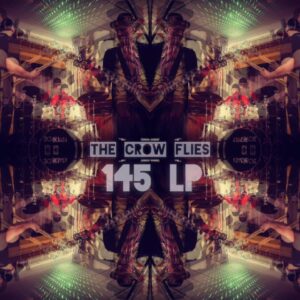 Psycho noise rock’n’roll band made up of two Flying Alexanders and one of Stone Them Crows- have still not managed to get a CD of their album to me (and i don’t use Spotify) so I’m yet to hear it in full at massive volume on a proper stereo.  Judging by this  disorientating new video – it is quite some piece of work.

Live … “The Crow Flies represents a powerhouse of talent, notched up experience and nouse. Their performances are mesmerising, from the moment they walk on, it’s full throttle and they own the room. The energy flying about and interaction between the three of them is quite a buzz in itself.” said Sue Blackwood here.

I imagine they would give all  those Northern noiseniks like Pigs x7  GNOD and Evil Blizzard a run for their money.  Enjoy TV Man …. but izzy-whizzy, don’t get dizzy!

The saddest news imaginable from the Southampton music scene is the tragic death at 28 of Ben Clarke  – formerly guitarist with Doyle & the Fourfathers – the Band Most Likely To…from ten years back.  A hugely talented musician and wonderful human being by all accounts.  Our love and condolences to his family and friends.

It’s not the greatest bit of footage but I remember being stunned at how good this was when I saw them play it live . This is the band captured at a Save 6-Music gig in 2010 when Ben was just 19.        RIP .