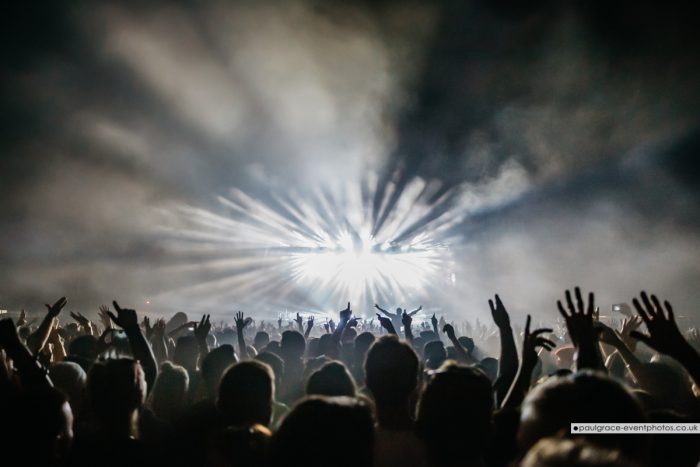 South West Four brings the beat back to Clapham Common for its 13th consecutive year where Paul Grace feels the festival vibe.

The South West Four Festival (SW4) has been taking place every August bank holiday weekend on South London’s Clapham Common since 2004. Initially a one day event, it proved so popular that in 2010 it was turned into a two day party and has retained its double day format since.

The main flavour of SW4 is electronic. The Saturday of this year’s festival had a distinctive urban/drum’n’bass feel while the Sunday showcased the cream of underground house and techno (I was there for Sunday).

The problem with a lot of the bigger festivals is that they try to cram too much in, sometimes with more than ten music areas, and it gets very confusing keeping track of who’s playing where and when. SW4 however keeps things nice and simple; there are four areas only – three enormous tents plus one main live stage.

I arrived mid afternoon and headed straight to the Amnesia Ibiza tent where Danny Tenaglia was taking no prisoners and had the ravers locked into one of his trademark psychedelic hell rides. The sound was loud, tent appropriately dark and everyone completely lost in the tripped out vibe. A storming start.

Next up was the Silver City tent for Booka Shade’s Movements 10 live show. Their seminal album Movements is ten years old this year and to commemorate they are soon to release a remastered/remixed version, and today’s SW4 set was a celebration of that. ‘Night Falls’ still sounds as huge and relevant today as it did ten years ago, while their futuristic set and visuals looked more like the bridge of the USS Enterprise than a festival stage. Later on, and in the same tent, John Digweed’s tense progressive sweep seriously tore a hole in the roof – he, together with Sasha, shaped a lot of what we were listening to today, and the clubbers showed their due respect and appreciation during his thunderous techno blast. 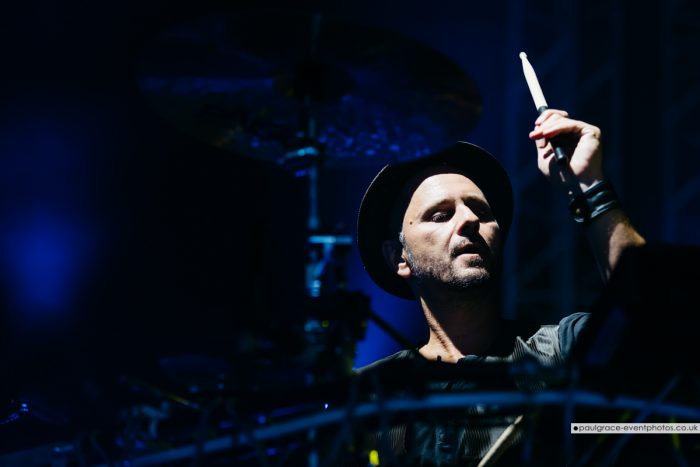 Over on the main stage a strong crowd had gathered for Maya Jane Coles. Her choice mix of dubby beats and old school breaks were the perfect soundtrack to the late afternoon setting sun, complete with carefully timed CO2 canon eruptions. Next was Paul Kalkbrenner who I knew had a strong following but I was amazed at the vast amount of PK logo T-shirts and even the odd PK tattoo I saw in the crowd. And judging by today’s performance, his popularity is absolutely justified; the show he delivered was immense with lots of familiar tunes and samples, and all pinned together by a relentless German groove. Yes, it’s a cliché, but the Germans do techno incredibly well!

Entry to the Ants tent felt more like a descent into hell with flames blasting from the front of the stage and giant orbs eerily suspended from the roof, and it was here that Sasha provided today’s personal highlight. A man who rarely fails to please, his heavenly melodic electronica really was the stuff of dreams, with more ups, downs and thrills than a white-knuckle roller coaster ride. The original pioneer of progressive house, I first heard him play in a field in South Wales in 1992. At a time when everyone else was banging out aggressive 160+ BPM jungle, he stuck two fingers up to all that, and instead slowed things right down by programming a unique mix of vocal house, acapellas and obscure stripped back 4/4 dubs. To many it was that very session which established the launch of the progressive house movement. These days Sasha still manages to remain two steps ahead of the rest and tonight’s set simply confirmed his top-of-the-game status. 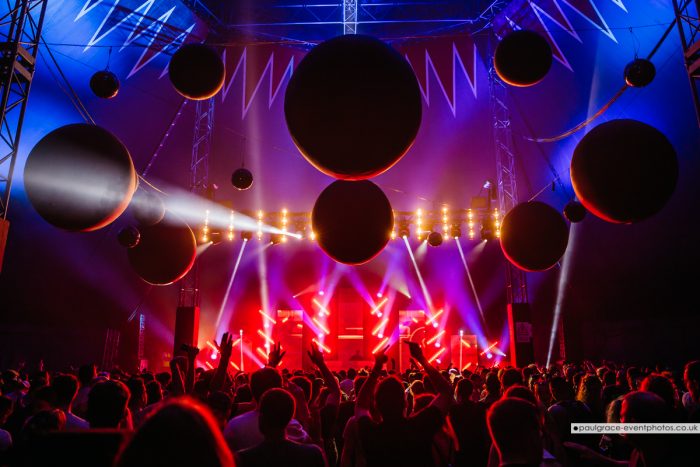 Sunday’s main stage headliners were The Chemical Brothers who brought the party to a fitting close with an explosive hits-laden set and evidence, if ever it were needed, of their astonishing ability to effortlessly create amazing dance music, regardless of sub-genre. Acid, techno, indie and plain old house, it was all there, and coupled with a mind-boggling production that included lasers, enormous LED screens and, of course those huge bouncing balls. At one point it even looked like a UFO was landing on Clapham Common! A perfect end to a day of awesome cutting edge electronic music.

It was my first time to the South West Four Festival and I really didn’t know what to expect. I was genuinely very impressed; the festival was well laid out, there were lots of bars (the longest I had to wait for a drink was five minutes), a friendly mixed crowd, good selection of food stalls and, most importantly, a stellar line-up. Highly Recommended.

You can find more information about the South West Four Festival online here: www.southwestfour.com, on Facebook and Twitter as @southwest4