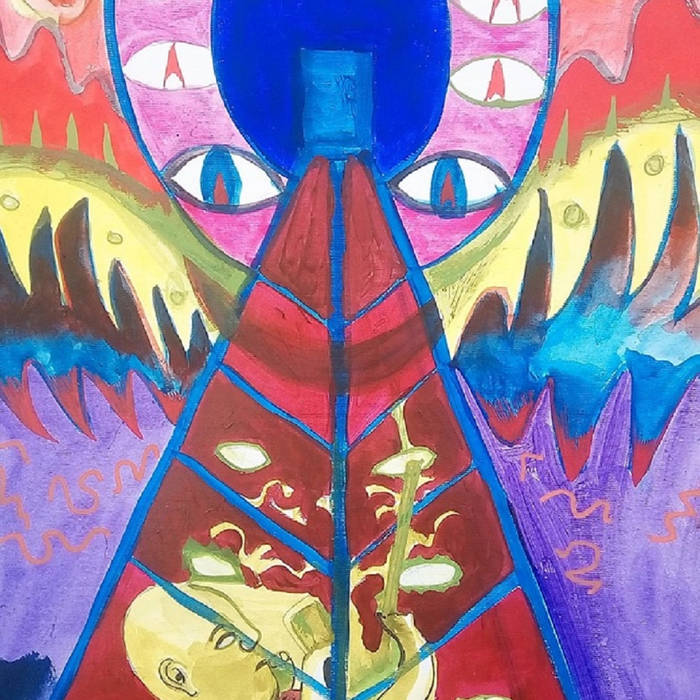 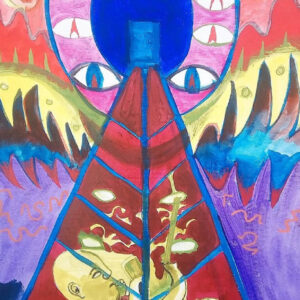 I am very much in favour of collaborations of this nature. The possible dangers of 5G are, it seems, sufficient for a great number of artists to want to get behind this cause. Little Eris is well known for her leftfield synth sounds and it is she, along with fellow contributor Jamey P, who have been the main forces behind getting this album compiled, plus assembling folks for the launch party, an 11-hour extravaganza that will take place at Inkspot in Cardiff on September 14th.

Little Eris’ “Full Spectrum Dominance” sets the tone for the 17-track album which is to come. It’s a well-crafted beats-driven offering that somehow manages to sound futuristic and contemporary at the same time. The next track, “Montana” by Apollo ft Solo blends in almost seamlessly, with hints of 808 State, Ultramarine, High Contrast and Orbital. A very listenable d’n’b track.

Next up we have “Microwave” by Head Noise. This is a vocal track with lyrics that hint at the album’s cause. It’s an entertaining track with a very 80s feel. It could be a Kraftwerk tune, with shades of the Human League at their more experimental.

The following two tracks have a more spiritual feel. You can imagine a fair bit of eyes-closed arm-waving going on at a festival somewhere in mid Wales going on for both Rufus Mufasa’s “Taffia” (sung in Welsh) and “Beyond the Karman Line” by Altocirrus; Pure Mischief.

Jamey P’s “Don’t Piss On My Sunshine” is a nice down tempo hip hop track sung in a recognisably Cairdiff accent. It serves as a good contrast to the predominantly up tempo feel of the album.

With Delta Victor’s “Radiation Detoxification” we are firmly back on more familiar territory. The longest track on the album, it is one for the 303 lovers.

Next up is the first spoken word track on the album. Twammers is well known on the spoken word scene, and is the host of Nos Da’s Lyrical Miracles night which always pulls in some serious talent. “Future’s blessed with digital home viewing brochures only known to the unknown decoder” is one stand-out line, before he ends by musing about 5G in a line that borrows from the “if it ain’t broke don’t fix it” slogan.

It’s squidgy acid time again in Methaclone’s “SOLaR” with samples about the sun and the stars making it vaguely reminiscent of The Orb’s “Little Fluffy Clouds” although if anything it’s more trippy and has less of a dominating beat. A cool tune that would go down well at sunrise parties.

Next up is a poetic contribution from Rhiannon Williams, one of two tracks with no musical accompaniment whatsoever. It’s a fairly gloomy portrayal of contemporary life where we fail to see the irony of having a love for nature at the same time as having a technology addiction. Williams is the clearest advocate yet of being against 5G.

The Pride’s “Eyes Open” has a ragga feel to it with alternating female and male vocals. Some of the lyrics are a little unclear, but one message is again one of hope that we don’t mess things up for future generations.

As Little Eris puts it, Diplomatic Core’s “Delusions of Liberty” is genius avant garde electronica. Easy listening this one is not, being an amalgam of synth sounds and distorted vocals. Bjork would be in awe.

In the next spoken word contribution, Unity asks how many Gs we really need, further reflecting on the impact of technology on us as humans and the natural world.

In Wounded Healer’s “Maze Matrix”, we hear from Twammers again and it’s Theresa May’s Matrix he’s referring to on a track presumably recorded before her resignation. Bo Jo does get a namecheck too and I think we can take it as read that he’s just as unenamoured about the new PM.

Winding things up is another track from Little Eris. This one provides quite a gentle comedown after some of the more frantic tracks on the album with Bronwen’s softly spoken vocals gracefully gliding to the conclusion.

Overall, this is a very well put together album, with a good variety of sounds and styles, although electronica is the most pervading genre. The message of the album gets across, particularly in the spoken word tracks, but not to an intrusive extent. Therefore whether or not you subscribe to the idea that 5G is something that should be resisted, I would highly recommend downloading this album on the strength of the music, as well as getting along to the launch event on the 14th.