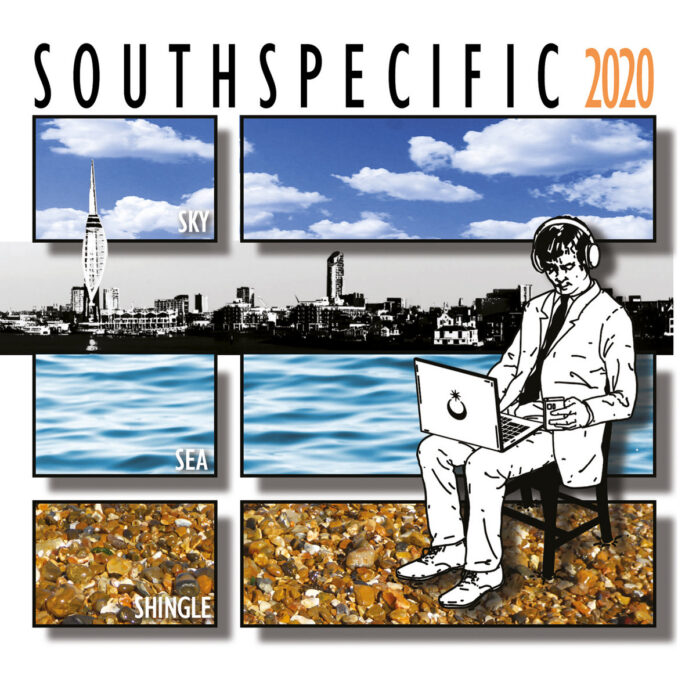 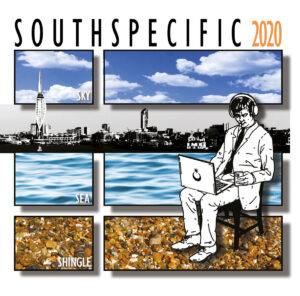 Fortieth Anniversary re-issue for classic post-punk regional compilation – expanded to include current bands -including 80’s survivors and their offspring.

This should be of interest to music-nuts and post-punk collectors outside of the locality.  Not Just ‘local music for local people’!

Vaultage ’78 was the first, (to my knowledge) – a compilation of new bands from a specific geographical location  – Brighton in that case. Peel played it to death as it included Peter & The Test Tubies Babies Elvis Is Dead, the Piranhas, and the classic Lord Lucan Is Missing by the Dodgems.  Vaultage 79 included the Chefs and the Golinski Brothers ‘Bloody‘…

Pretty soon every city had one. Sheffield. Liverpool, Coventry… and Portsmouth was no exception with South Specific… featuring local heroes The Chimes (later to become Red Letter Day) The Frames, Attic, The Nice Boys, The Media and perhaps the best known, in certain circles, Renaldo and the Loaf. A name I remember…

Flashback to 1980. I was working in Subway Records in Salisbury and every Saturday a guy from a local army base would come in with a huge list of the obscurest independent music he’d heard on Peel the preceding week and ask us to order them from Pinnacle, the only ‘indie’ distributor. This involved a 30 minute phone-call dictating his list over a crackly line on our busiest day. I can remember the manager going thru the list, ‘Crispy Ambulance, Disco Zombies, Clive Pig & the Hopeful Chinamen ….’ But when he got to ‘Renaldo & The Loaf?’ exasperated he said to the customer: “Are you making these up? You fucking order them!” And handed him the phone!

40 years, 36 bands and 61 tracks – this triple CD celebrates the 40th anniversary of the South Specific LP and updates it with an exciting and eclectic selection of current music from Portsmouth.

The original LP is re-mastered with bonus tracks of rare and unreleased music from the period. The 2020 music features the same idiosyncratic template as the original album with a musical mix from electronica to post-punk, garage rock to leftfield pop, lo-fi rap to the avant-garde. Many tracks are previously unreleased.

Realised over many months by the Brain Boosters collective (mostly during the period of lockdown), the production of this album was funded directly by the participating bands so all profits could directly benefit a local charity Tonic – Music For Mental Health.

South Specific is very typical of its time – punk-inspired bands going off into different directions – from the Residents/Devo style of Renaldo and the Loaf and Attic to the earnest mix of power-pop and post-punk of the Chimes, Frames etc.  Lots of interesting stuff… too much to review in depth with the two 2020 collections, another 36 songs by 22 artists.

There is one song from the original album which caught my attention as it appears to have a ‘spoken-word’ vocal section by none-other than a young Steve Lamacq!

The band which appear on both the 1980 LP and the 2020 one are the Media -a solid new-wave pop band who ‘coulda been contenders’.

The cream of Pompeys guitar bands, Torpedoes, Curl, Watch You Drown, Acid Attack, Paul Groovy & The Pop Art Experience and The Glorias are all included and it’s a beautifully packaged labour of local love.

Here’s a few seconds from each band!

There is a great in-depth report on the album by Chris Broom here in the Portsmouth News.

All words Ged Babey, except press release in bold.

It’s not really Steve Lamacq by the way  – just sounds very like him… to me.