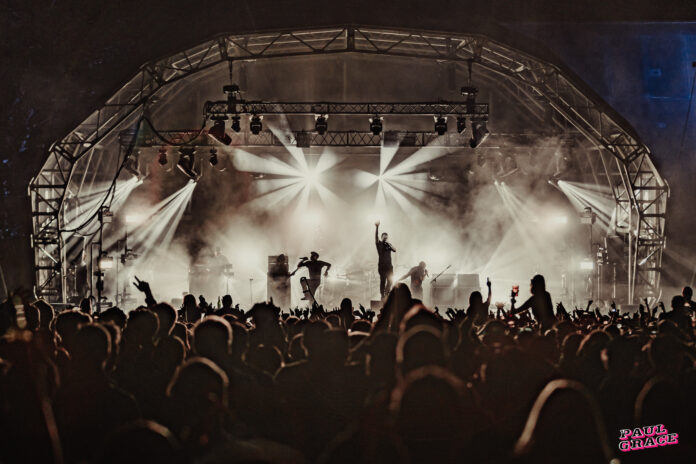 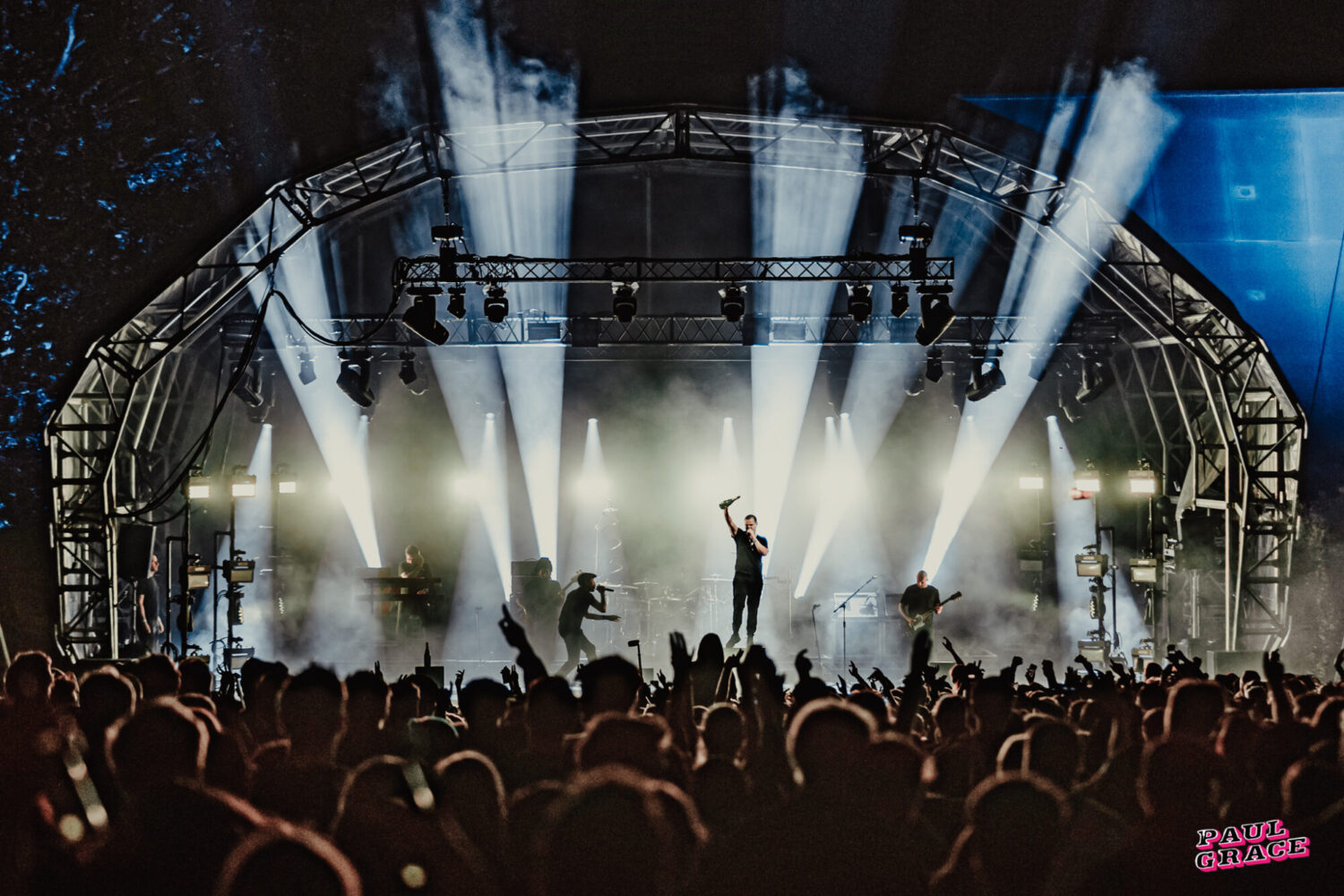 South Facing is a brand spanking new August-long festival showcasing some of the biggest names in music. Paul Grace photographs and reports.

Crystal Palace. Home of concrete dinosaurs, towering TV transmitter, some of the best views of the Capital, and for the month of August, the new South Facing Festival.

That’s right, throughout August 2021 the park has been playing host to some fabulous line-ups from every nook and cranny of the musical spectrum. Already this month the leafy suburb has welcomed Sleaford Mods, Fat White Family, Dizzee Rascal, and The Cinematic Orchestra. This past weekend we had Supergrass and The Cribs (Friday) and Greentea Peng and The Streets (Saturday and Sunday).

The Crystal Palace Bowl is the perfect space for a festival – the natural arena shape ensures everyone gets a good eyeful and earful from wherever they’re standing. The stage is an engineering feat in itself; it sits on the lake like a pontoon in front of the old stage (which is affectionately known locally as the ‘Rusty Laptop’ due to its shape and, errr, condition). The Rusty Laptop is steeped in its own musical history of course having staged a mix of true legends throughout the ’70s, ’80s and ’90s, including Pink Floyd, Bob Marley, Elton John, The Beach Boys, Lou Reed, The Cure, and Pixies.

And back to this weekend. Friday features a Brit-pop/indie line-up with Supergrass headlining. Kicking off are the curiously-named Chappaqua Wrestling, who do a solid job of opening the day and impress the growing crowd with a melodic mix of guitar pop and shoegaze rock. 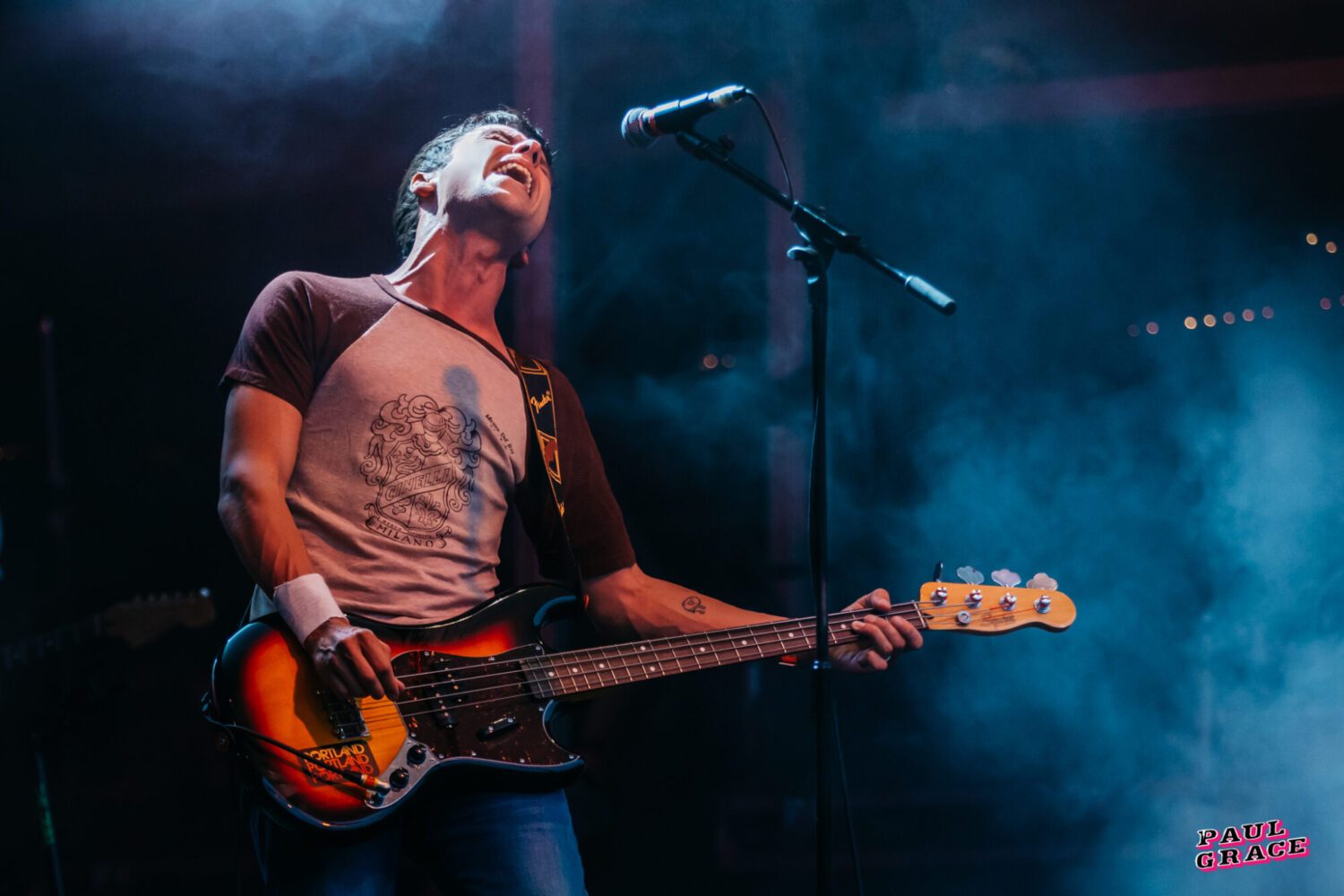 The Cribs then bounce onto stage (literally) and give us an hour of spiky indie-pop served up in their trademark three-minute incendiary blasts. Shaken and most definitely stirred, Running Into You from last year’s Night Network record opens the set which sees the Jarman brothers jumping around the stage like excited teenagers. 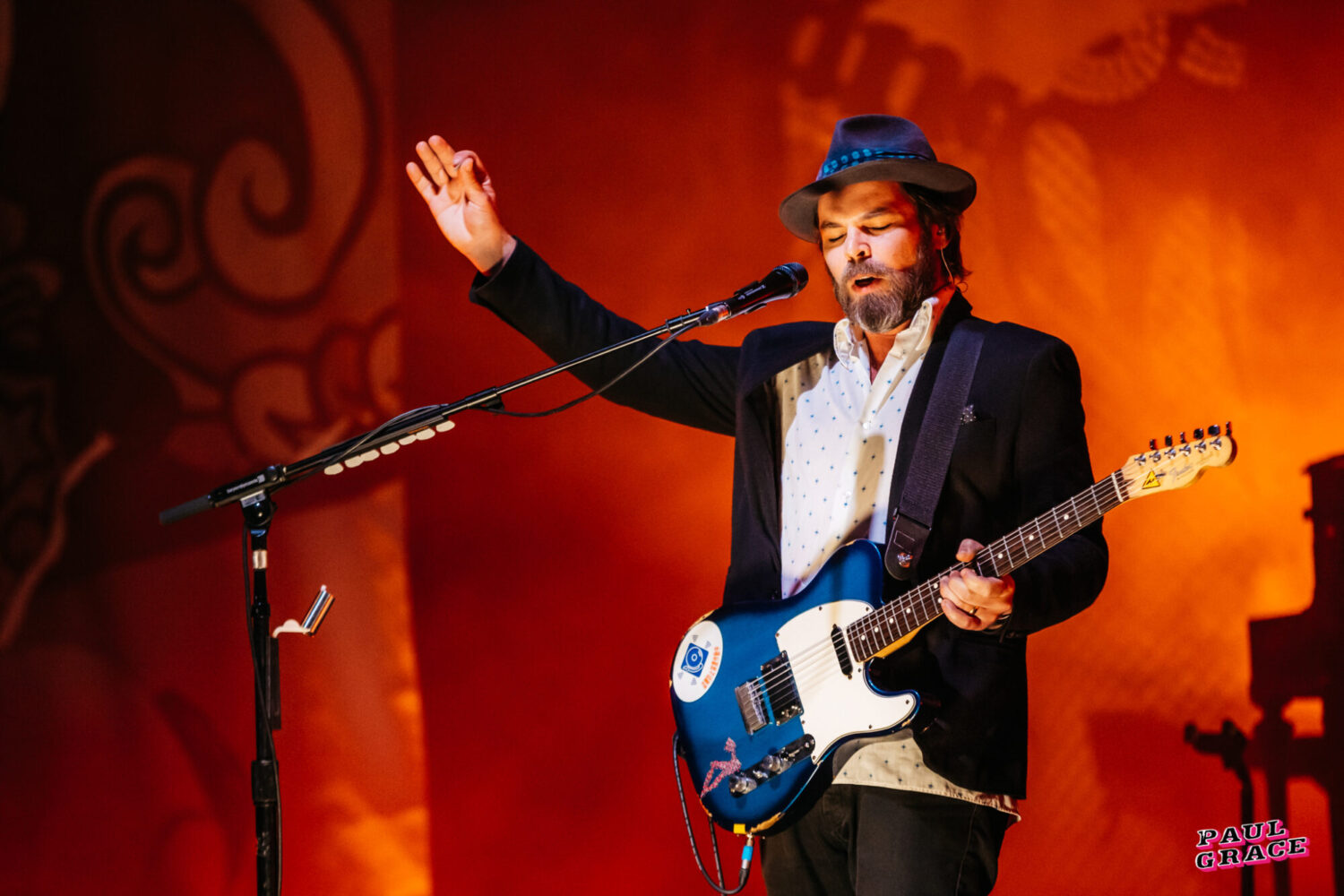 As the closing bars of Lucy In The Sky With Diamonds fade from the PA, a dapper-looking Supergrass appear to the most deafening of screams and they go on to wow their fans with a two-hour set that is nothing short of spectacular. Ripping through hit after hit, Supergrass’ feel-good tunes provide the most perfect soundtrack to the setting summer sun. There are gorgeous melodies aplenty, singalong choruses, and, at times, some seriously sick riffs (I honestly didn’t realise they could sound so heavy). The guys have aged incredibly well both physically and sonically (singer Gaz Coombes wears a suit jacket with pocket handkerchief topped off with a trilby hat). Sun Hits The Sky is colossal and, unsurprisingly, Alright is greeted with the hugest of roars at which the band are visibly thrilled. And rightly so – this is a band in their prime and thoroughly enjoying playing live once again after the shit-show that has been the past 18 months. 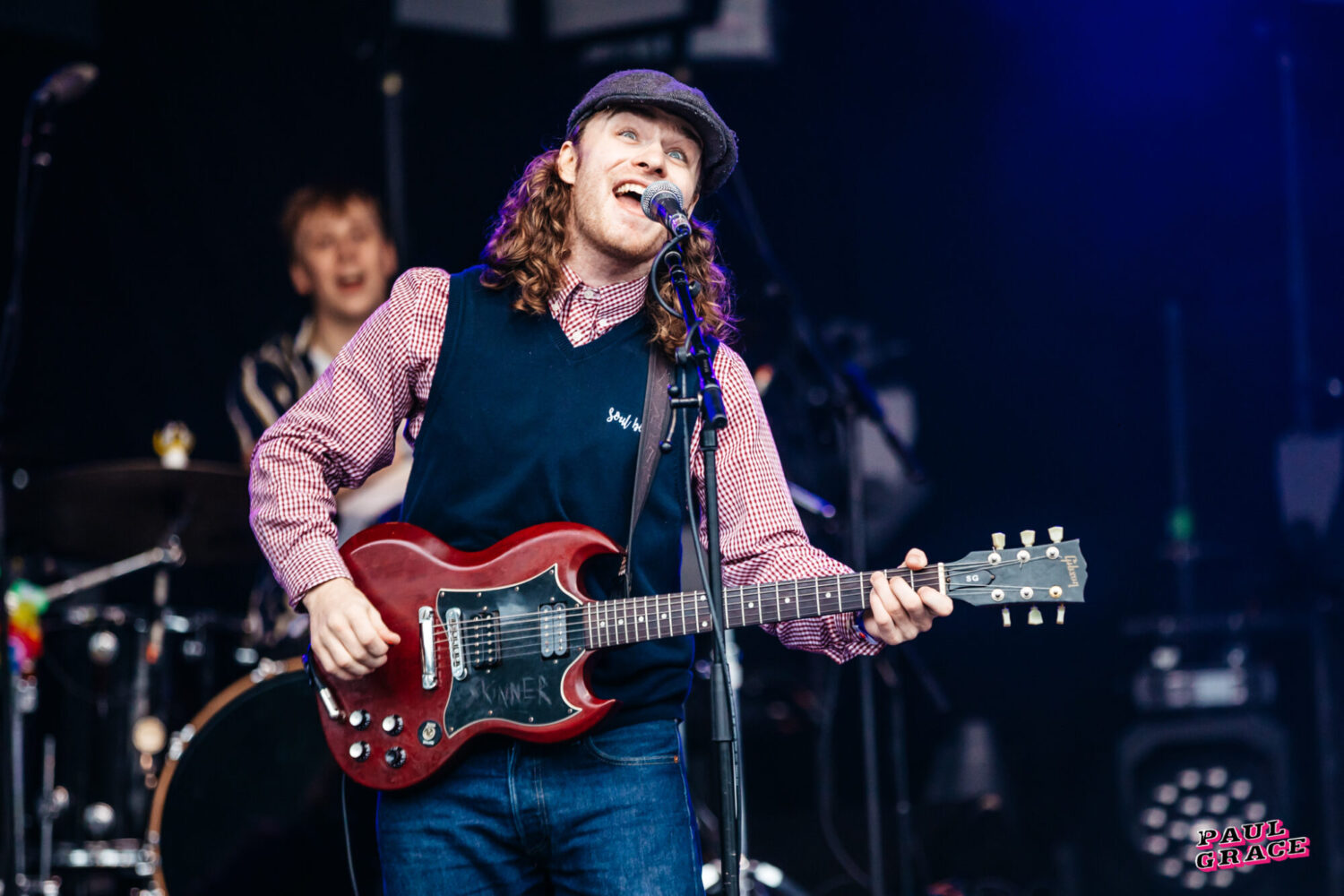 Opening Sunday’s urban lineup are The Skinner Brothers who play a set of rocky indie tunes tinged with soul that provide some seriously good time vibes. 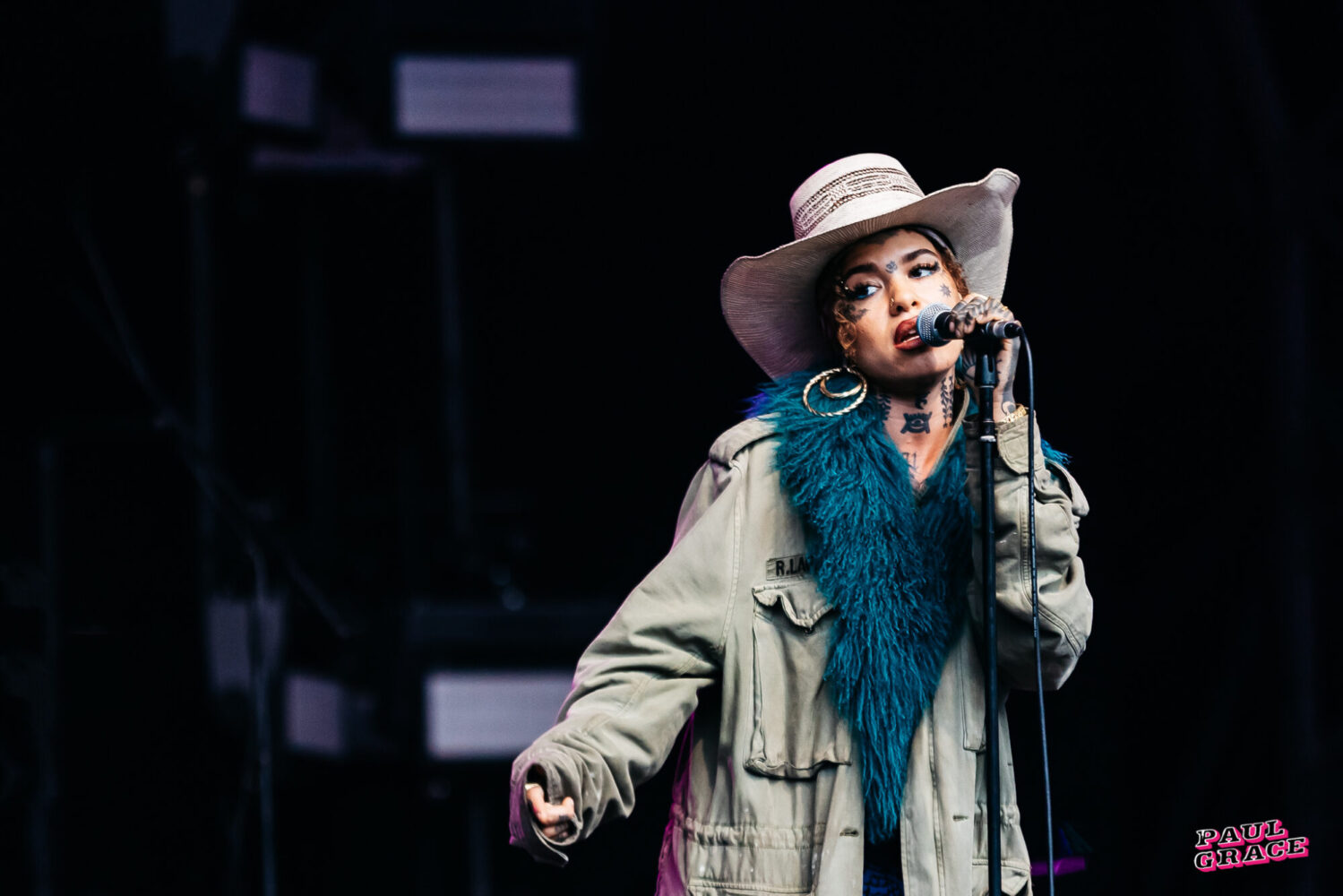 There’s a real buzz surrounding South East London’s Greentea Peng at the moment and it’s totally justified. From the second she walks out she holds the crowd in her hands…and what an entrance it is. The singer glides across the stage in near levitation style, her beaming grin falls upon the crowd like a welcome ray of sunshine. In clever juxtapose, Greentea Peng mixes classic acoustics (congas and double bass) with modern electronic production techniques to create a fresh and exciting sound which she refers to as Psychedelic R’n’B. And as for her voice? Wow, we’re talking pure velvet soul. During This Sound, she teases her green boa as she slides around the stage. Cool and composed, her moves are vampish but gracious. Definitely, one to watch – here is a true star in the making. 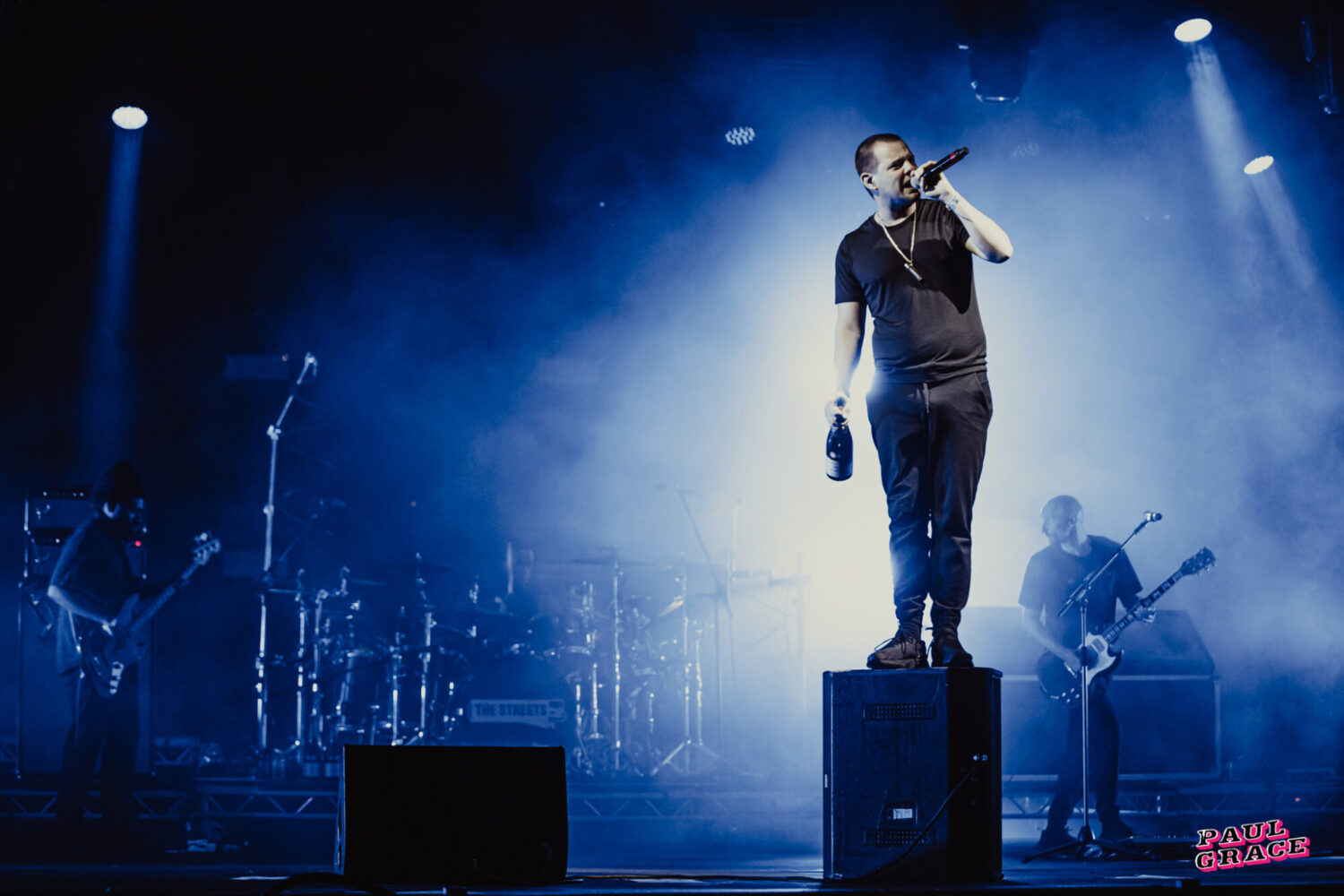 The air is full of excitement (and flying beer cans) as Mike Skinner’s The Streets hit the stage to close the weekend. The artist takes us on a 90-minute journey crammed with all the hits, clubland tales, urban poems, and jungle beats, all strewn together with Skinner’s bizarre but hilarious narrative between songs. Like…really bizarre. Skinner tells us that the water in the lake (or moat as he calls it) is highly toxic (it’s “full of concrete, hepatitis and COVID”), and it killed a man who fell into it last night (errr, this didn’t happen). He also insists that Bob Marley created said lake when he played the Crystal Palace Bowl in the ’80s (again, errr, not true). 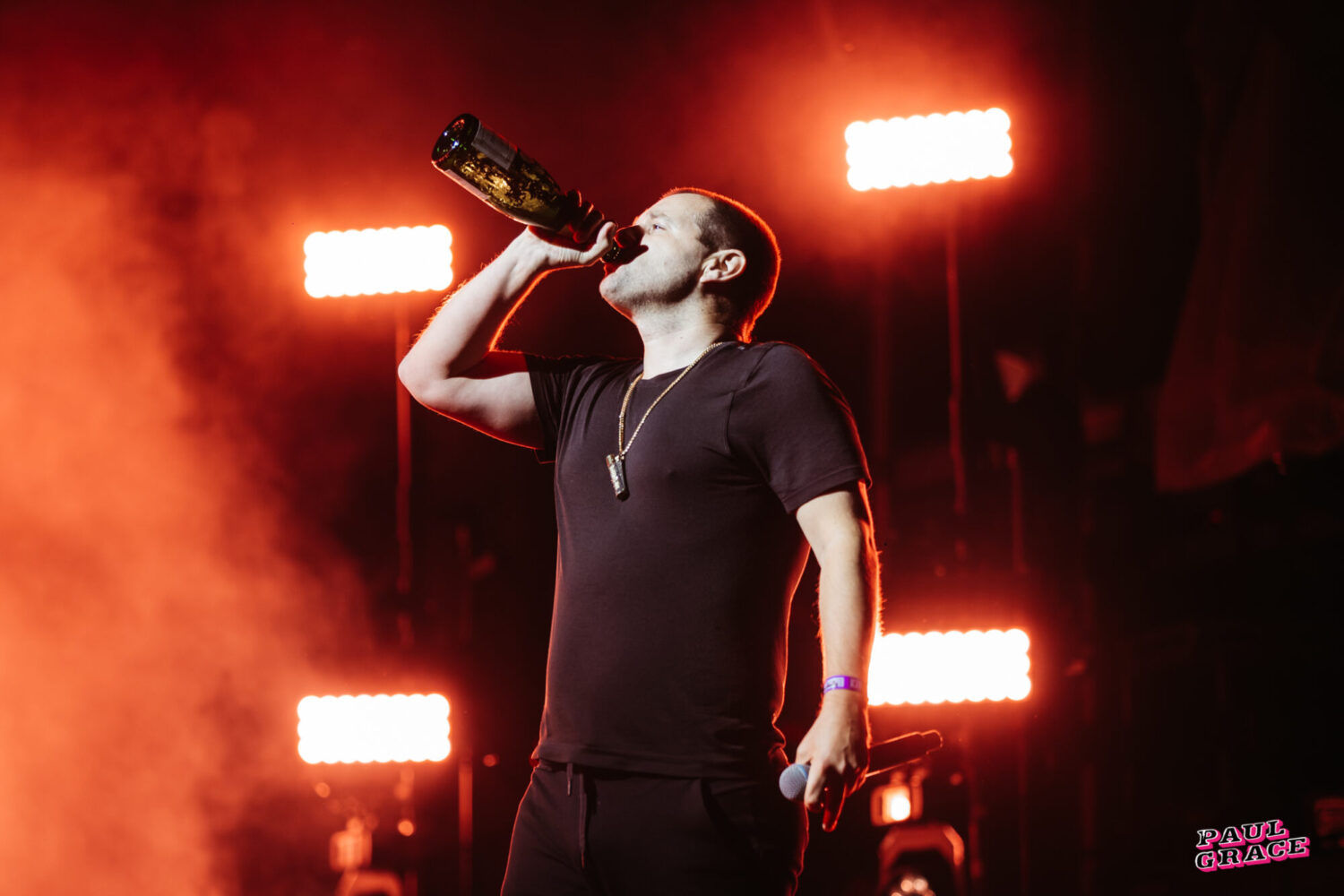 And as for the music? Well, next year marks the 20th anniversary of debut album Original Pirate Material and the tunes still sound as fresh and relevant today as they did back in the early 00’s. Has It Come To This? is particularly dreamy with Kevin Mark Trail’s buttery vocal providing an injection of soul amidst Skinner’s rap chatter. Under a sea of blinding lights, Skinner is a truly fantastic showman and his fans are hooked on his words and gangster moves throughout. He sprays the crowd with several bottles of champagne and, after numerous failed attempts at stage diving, he finally succeeds to everyone’s delight. Coming to a close, Blinded By The Lights is breathtaking with its staccato rave stabs, 2-step groove, and sickly sweet chorus. The night climaxes with an explosive Take Me As I Am, and as the lights and beats fade the crowd are left in open-mouthed awe.

There’s still one more weekend left of the festival featuring Max Richter and the English National Opera, amongst others – be sure to check it out over the bank holiday weekend.

All photos & words by Paul Grace. For more of Paul’s writing and photos go to his archive. Paul is on Facebook, Twitter, Instagram and his websites are www.paulgrace-eventphotos.co.uk & www.pgrace.co.uk